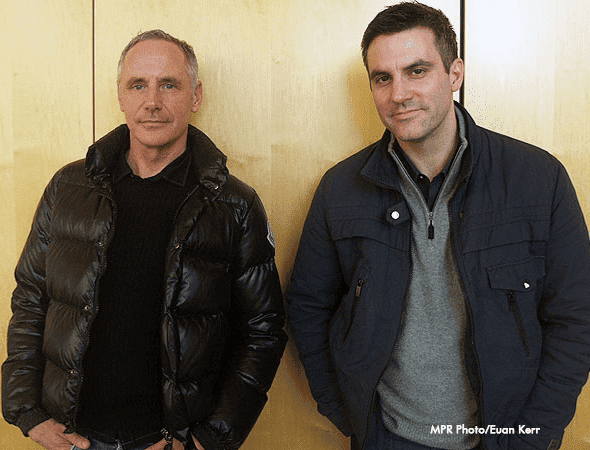 Composer Kevin Puts & Librettist Mark Campbell will discuss their creative process for Pulitzer-prize winning opera Silent Night. Utah Opera is the newest of many opera companies who have produced this important work since its premiere in 2011.

Kevin Puts’ works have been commissioned, performed, and recorded by leading ensembles, and soloists throughout the world. His new vocal work Letters From Georgia, written for Soprano Renée Fleming and orchestra is based on the personal letters of Georgia O’Keeffe, and had its world premiere in New York in Fall 2016. His first chamber opera, an adaptation of Peter Ackroyd’s gothic novel The Trial of Elizabeth Cree commissioned by Opera Philadelphia, had its world premiere in September 2017. Kevin is a Composition Professor at the Peabody Institute and is the Director of the Minnesota Orchestra Composer’s Institute.

Mark Campbell’s work as a librettist is at the forefront of the current contemporary opera scene in this country. A prolific writer, Mark has produced twenty-eight opera librettos, lyrics for seven musicals, text for five song cycles and one oratorio and his works for the stage have been performed at more than sixty venues around the world. The composers with whom he collaborates represent a roster of the most eminent composers in classical music including three Pulitzer Prize winners. Mark consistently demonstrates versatility in subject matter, style, and tone, with an adeptness at creating successful work for both large and intimate venues. Mark’s best­ known work is Silent Night; his other operas include As One, Later the Same Evening, Volpone, Bastianello/ Lucrezia, Manchurian Candidate, The Inspector, Approaching Ali, and A Letter to East 11th Street.

This event is free and open to the public. No registration required.