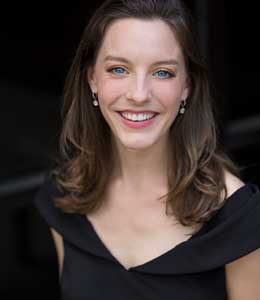 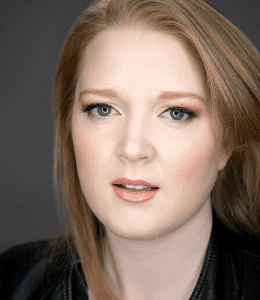 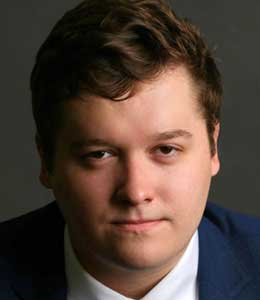 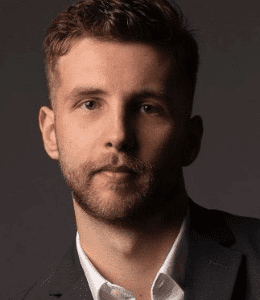 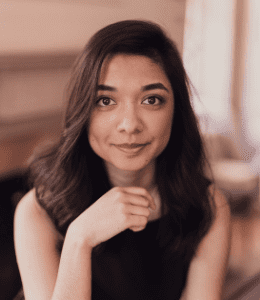 Julia Gershkoff, a soprano from Rhode Island, is a graduate of the University of Southern California, where she received her Master of Music in Vocal Arts and Opera. In the summer of 2020, Julia attended a shortened version of Wolf Trap Opera as a Studio Artist. In her first season at Utah Opera Julia performed Micaëla in Utah Opera’s La tragédie de Carmen and appeared in Light on the Horizon and Songs for our Time for USUO On Demand. She was also the soprano soloist with Utah Symphony in excerpts from Pergolesi’s Stabat Mater and Händel’s Messiah, also for the streaming platform. Other recent roles include Susanna in Le nozze di Figaro at USC, Joan of Arc in the Maid of Orleans at the Russian Opera Workshop, Pamina in Die Zauberflöte at Mark Oswald’s Summer Program, and Servilia in La clemenza di Tito at Ithaca College, where she received her Bachelor of Music in Vocal Performance. Julia is thrilled to join Utah Opera as a 2nd-year Resident Artist in the 2021-22 season, where she sings Berta in The Barber of Seville, Tina in Flight by Jonathan Dove, covers Mabel in The Pirates of Penzance, and performs as Soprano Soloist with Utah Symphony’s Messiah.

Possessing “a voluminous instrument…with eloquence and force,” Italian-trained American mezzo-soprano Edith Grossman is a versatile performer with a career spanning opera and musical theatre. A graduate of the Crane School of Music in New York and double-alumna of the Merola Opera Program in San Francisco, Edith has established an enviable reputation as an interpreter of new works, having most recently created the role of Rachel in the world premiere of Jake Heggie and Gene Scheer’s If I Were You. For Utah Opera last season, she performed Elle in Poulenc’s La voix humaine and Fate in Brook’s La tragédie de Carmen and appeared in Light on the Horizon and Songs for our Time for USUO On Demand. She was also the mezzo-soprano soloist with Utah Symphony in excerpts from Pergolesi’s Stabat Mater and Händel’s Messiah as well as a complete performance of Stravinsky’s ballet Pulcinella, also filmed for streaming.  During her 2nd year as a Resident Artist, she covers Rosina in The Barber of Seville, the Stewardess in Jonathan Dove’s Flight, and Edith in The Pirates of Penzance, as well as Alto Soloist with Utah Symphony’s Messiah. She is managed by Encompass Arts LLC.

Daniel O’Hearn is an emerging tenor from Tinley Park, Illinois. In June 2020, he graduated with a Master of Music Performance from DePaul University’s School of Music in Chicago. During Utah Opera’s 2020-21 season, Daniel appeared as Gray in The Gentleman’s Island, and Lillas Pastia in La tragédie de Carmen and was tenor soloist in Light on the Horizon and Songs for our Time for USUO On Demand. He also performed with Utah Symphony in excerpts Händel’s Messiah as well as a complete performance of Stravinsky’s ballet Pulcinella, also filmed for streaming. At DePaul, Mr. O’Hearn in the University’s productions of Britten’s The Beggar’s Opera and Cavalli’s L’Egisto. In 2019 he won the American Prize from the American Prize Oratorio Society of Chicago, placed first in DePaul University’s School of Music Kleinman Competition, and earned an encouragement award from the Metropolitan National Council Auditions in the Central Region finals. As a 2nd year Resident Artist in the 2021-22 season, he appears as Bill in Jonathan Dove’s Flight, Spoletta in Puccini’s Tosca, covers Frederic in The Pirates of Penzance, and performs as Tenor Soloist in Utah Symphony’s Messiah.

Baritone Evan Hammond is a native of Lexington, Alabama. In the fall of 2020, Mr. Hammond made his role debut as Figaro in Opéra Louisiane’s digital production of Il barbiere di Siviglia. In the summer of 2021, he was slated to make his European debut as Masetto in Don Giovanni with the Festival Lyrique-en-mer (COVID19). Other notable performance credits include Le Mari in Les Mamelles de Tirésias, the title role in Eugene Onegin, Mercutio in Roméo et Juliette, and Papageno in The Magic Flute.

Most recently, Evan received an Encouragement Award from the Upper Midwest Region of the 2021 Metropolitan Opera National Council Competition after winning the Wisconsin District. He has completed young artist training programs with Central City Opera, Des Moines Metro Opera and Shreveport Opera. He holds a Master of Music degree in Vocal Performance from Louisiana State University and a Bachelor of Arts in Music from the University of North Alabama.  For Utah Opera in 2021-22, Evan will perform Fiorello and Sergeant in The Barber of Seville, Steward in Flight, Sciarrone in Tosca, and Samuel in The Pirates of Penzance, as well as Baritone Soloist with Utah Symphony’s Messiah.

Natasha Talukdar Elam is an emerging artist with extensive experience in piano performance and vocal accompanying. Natasha is thrilled to be joining Utah Opera’s Resident Artist program for their 2021-2022 season, where she serves as chorus pianist for The Barber of Seville, Tosca, and The Pirates of Penzance as well as second pianist for Flight. She joins Finger Lakes Opera as a Tomita Young Artist for their summer 2021 season and has previously been a pianist for Opera Neo and the CoOPERAtive program.

Natasha is a graduate of the master’s program in Opera Coaching from the University of Texas at Austin and holds another master’s degree in Vocal Accompanying from the Peabody Conservatory. Besides her work as a vocal collaborator, Natasha has worked on productions of Le nozze di Figaro, L’elisir d’amore, Turn of the Screw, Don Giovanni, La Cenerentola, Gianni Schicchi, Suor Angelica, Bernstein’s Mass and Chérubin. Natasha is originally from Manila, Philippines and grew up in Port Washington, New York.