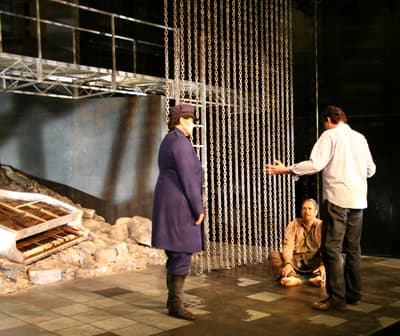 When I first began studying Fidelio, I couldn’t help but have the feeling that it was not like other operas. The plot — though just as implausible as most opera plots — seemed rougher. The characters seemed less defined and three-dimensional, when compared with characters from Mozart’s operas. I struggled with how to bring this story to life in a way that would speak to audiences and support Beethoven’s grand score.

After going through the score several times, I realized that the elements of the opera which had been giving me trouble were pointing me away from my usual aesthetic of hyper-realism toward the grander world of myth. Using Joseph Campbell’s landmark book The Hero With A Thousand Faces as a guide [the same book used by George Lucas to craft Star Wars], Fidelio became a perfect example of the hero’s journey found in universal mythology. Campbell’s step-by-step breakdown of the hero’s journey lined up almost number-by-number with Beethoven’s score. The characters and events in the opera create a story that is meant to be seen on an archetypal level, rather than a hyper-real level.

Myths require a delicate balance between detail and generality in order to fully deliver its message. It is that balance that drove the visual world of this production. The set, from Virginia Opera, is extremely industrial and cold, consisting of walls, a steel bridge, and a pile of rubble. It suggests the world of a prison in its coldness and distress, without the need of barred cells. 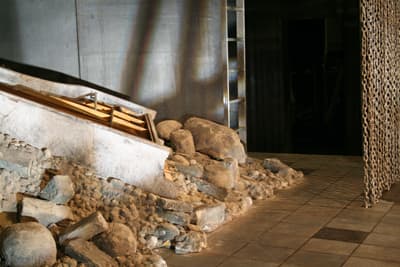 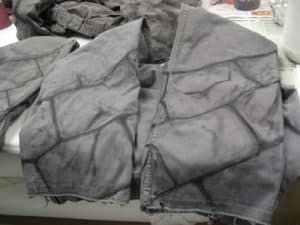 Pants for the male prisoners’ chorus. Each pair has been individually hand-painted. The amount of distressing and number of bricks is intended to reflect how long each prisoner has been held captive by Don Pizarro. 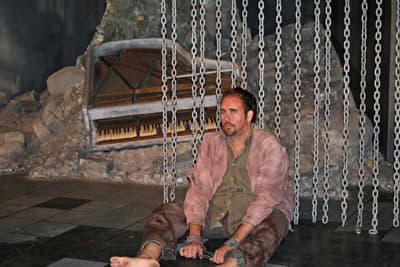 Florestan languishes in his cell.

The costumes, designed specifically for this production by Susan Allred, further the mythic idea by creating an archetypal costume language: the good guys are clearly good and the bad guys are clearly bad. The costumes are rooted in the mid-20th century, but the silhouettes have been changed slightly to obscure an exact period in order to highlight the universality of opera’s message. 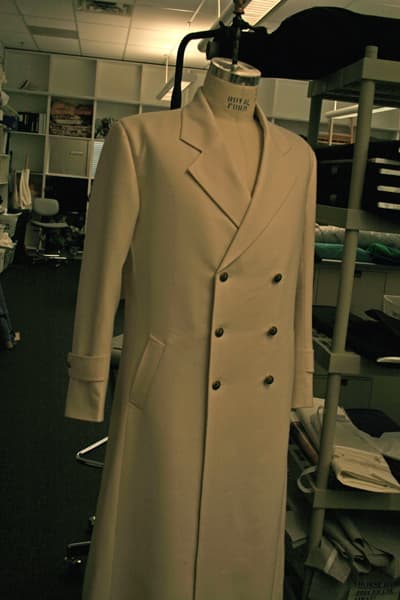 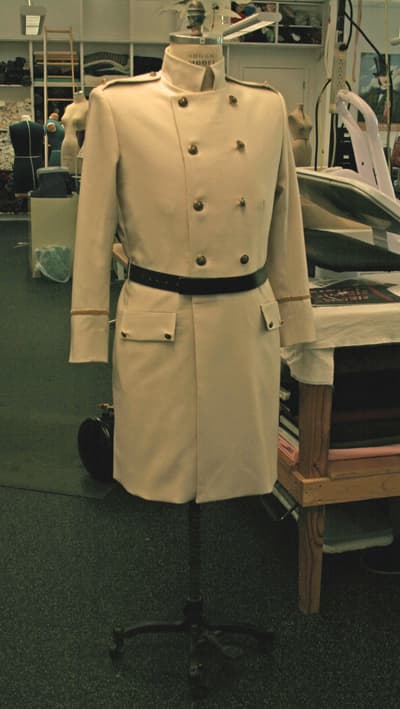 By exploring the epic qualities of the opera, it is my aim to work hand in hand with the score to deliver Beethoven’s grand message of love and redemption in the face of tyranny to the audience. 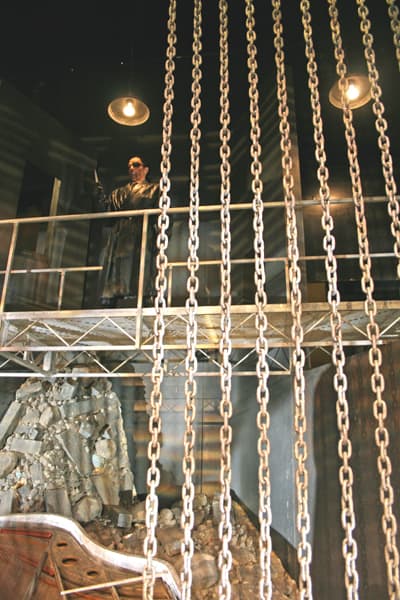 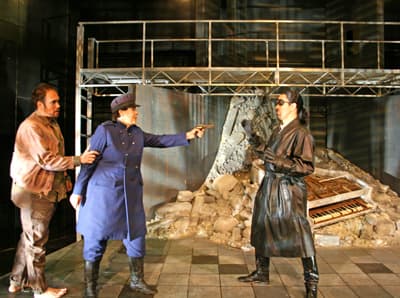 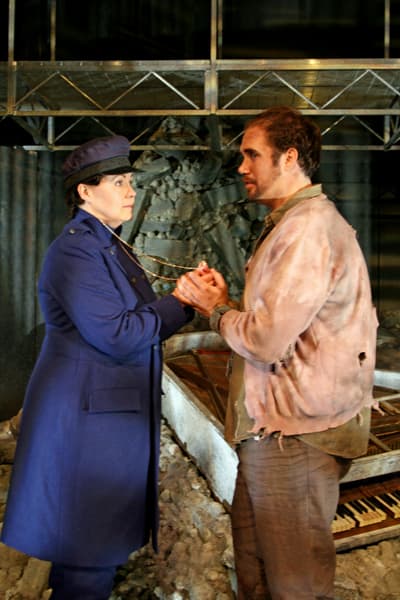 Leonore and Florestan profess their love for each other.