“Fidelio:” The Problem of Beethoven and his Only OperaLesson 2: Beethoven’s Struggle with Fidelio 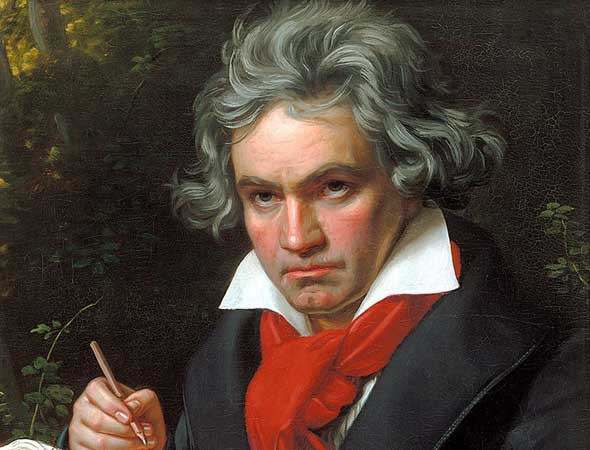 So why precisely did Beethoven, the great musical genius, struggle so much with Fidelio? First, Beethoven was not a natural dramatist—certainly not in the way that, for example, Mozart, Wagner, and Verdi were. He did not possess an innate understanding of the stage, and his sense of dramatic pacing in a theatrical context (as opposed to a purely musical context) was clearly lacking. Second, his choice of genre created its own problems. Though the story itself is decidedly serious, Beethoven wrote it as a singspiel—a lighter form of musical drama with spoken dialog and an expectation of some comic content. Beethoven did include comedy, particularly in the first act, but the effect was to dilute the seriousness rather than highlight it. Mozart understood how comedy can enhance drama, and demonstrated that marvelously in a work such as Don Giovanni. But trying to tell a serious story through a genre designed for light entertainment creates a tension between content and form that Beethoven never really grasped and never fully solved.

What saves this opera from potential mediocrity is the music. But this isn’t simply a case of great music compensating for a composer’s lack of stage know-how. It is a different kind of opera from those being produced in the early 19th century, an opera in which music dominates completely and dramatic integrity is secondary. When Gluck attempted to reform opera from the excesses of baroque artificiality in the mid-18th century, he had suggested that dramatic integrity should be returned to opera—that music should serve the drama. And except for Mozart (who would never let music be subservient to anything!), that notion was beginning to catch on in Romantic-era operas with passionate stories and vivid musical settings. But—and again, Mozart is the exception here—opera composers tend not be great symphonists (think Wagner, Verdi, Puccini), and great symphonists (Haydn, Brahms) tend not to write great operas. For Beethoven to write a successful opera, I believe, he had to approach it as if it were a symphony. And there is no major opera quite that is quite so symphonic as Fidelio.George Gray as Florestan in Utah Opera’s 1999 Production

Some examples might be useful to illustrate this. First, the quartet from Act I, “Mir ist so wunderbar”:

The story has been all light-hearted to this point. And the plot devices of love triangles and mistaken gender are straight out of opera buffa. But this ensemble set piece is written as a theme and variations, shifting the main theme from voice to voice while adding counter-melodies that weave through it, and later putting the accompaniment in triplets. It is exactly the same musical process, though with different emotions entirely, that Beethoven had used in the finale to the “Eroica” Symphony, and again later, in the second movement from his Symphony No. 7.

Beethoven seems to be thinking instrumentally in the Fidelio quartet rather than vocally (which should come as no surprise to anyone who has tried to sing Beethoven).

This quartet is immediately followed by a buffa aria from Rocco, which makes it something of an odd little insertion of quasi-symphonic seriousness into an essentially comic series of scenes in the first act. Of course, the act takes another oddly serious turn when Pizarro appears. And then there is no (intentional) comedy in the second half of the opera at all. Dramatically it’s a bit of a mess, but musically it’s stunning.