The Amazon – The World of Florencia

Map of the Amazon

The vast expanse of the Amazon River is the setting for the story of Florencia en el Amazonas. The Amazon itself is an astounding ecosystem vital to the survival of our planet. Covering approximately 30% of the landmass of South America, the Amazon River accounts for one-fifth of the world’s river flow. The Amazon, often referred to as “River Sea” because of its vast dimensions, varies in width from 1 mile at its narrowest to thirty miles or more at highest water levels, and spans most of the northern area of the continent, from its origin in the Peruvian Andes to its broad estuary emptying into the turbulent Atlantic Ocean.

The Amazon Basin is an ecosystem of endless variety and mystery. Its biodiversity is unparalleled on the planet, with 2500 species of fish, 1500 species of birds, 1800 species of butterflies, 4 types of big cats, 200 species of mosquitoes and 50,000 species of higher plants that have been documented , with more being discovered all the time. There are even around 3,000 plants that have been discovered to have cancer-fighting properties with only about 1% of species having been tested for medicinal properties. Wildlife species include the jaguar, the Amazonian manatee, various types of colorful macaws and exotic but poisonous tree frogs, anacondas, and piranhas. 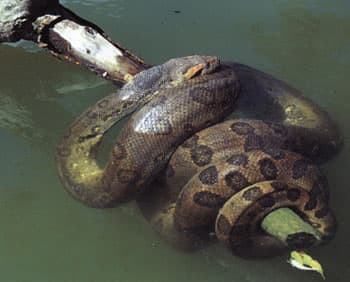 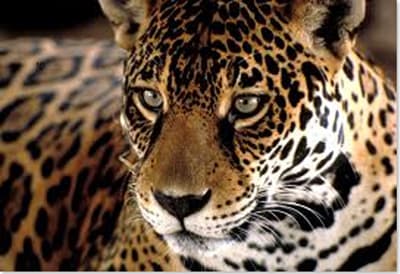 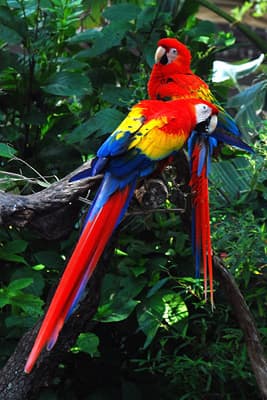 Precolonial Amazon was home to numerous agrarian indigenous peoples. European colonization began in 1500 with the arrival of Vincente Yáñez Pinzón, who named the river Río Santa María del Mar Dulce, or “Sweet Sea” because of the quantity of fresh water entering the Atlantic. Further exploration occurred over the next three centuries as conquistadores searched for the fabled city of El Dorado and other sources of wealth. European settlements were established along the river and its tributaries for trade, slavery, and evangelization of the native inhabitants.

September 6, 1850, marked the beginning of the steamboat era on the Amazon, with the enacting by Emperor Pedro II of a law permitting steamboat navigation. In 1852, the Companhia de Navegação e Comércio do Amazonas was organized, followed by other companies and private individuals who saw the potential for economic growth in this area. The (first) Rubber Boom of 1879-1912 established the cities of Belém (near the coast) and Porto Velho and Manaós (now Manaus), both located upriver on different Amazon tributaries, as important centers of trade and population growth. Manaus and Belém in particular enjoyed infrastructural advantages and cultural institutions lacking in other Brazilian cities, including sophisticated architecture, electricity, waste disposal and running water. These cities diminished in importance as other sources of rubber became more readily available, until a secondary boom during the Second World War. Today Manaus is a thriving city, the capital of the Brazilian state of Amazonas. Its place as the largest inland port on the Amazon secured its importance as a trade and tourist destination. It is a center for timber and harvesting of Brazil-nuts, a center of manufacturing, and a gateway for ecotourism. One can retrace the journey of Florencia’s riverboat, the El Dorado, via luxury cruise ship these days, and even a few old steamboats have been restored to some sense of their former glory. 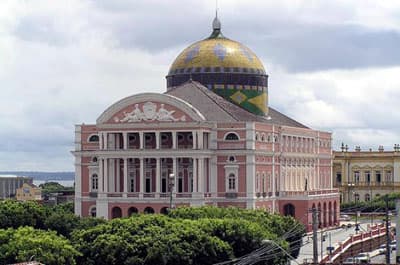 The glorious Teatro Amazonas, the planned destination of our Amazon travelers, was proposed at the height of the rubber boom in 1881, with city officials envisioning a “jewel at the heart of the Amazon.” Construction of the building stretched over 15 years, with the building dedicated on December 31, 1896. The first performance in the theatre took place on January 7, 1897, a staging of Ponchielli’s La Gioconda, featuring the legendary tenor Enrico Caruso. The Italian Renaissance edifice is opulent and luxurious, featuring the finest imported materials of the time, including Carrera marble statuary and stairs, Murano glass chandeliers, Louis the XV furnishings; it is topped by a dome of 36,000 ceramic tiles in the colors of the Brazilian flag. The only locally-sourced construction materials were the mahogany and jacaranda wood used to build the theatre’s seats and create the elaborate inlaid floor. The theatre has been subject to numerous renovations over its century of existence, and now is home to the Festival Amazonas de Ópera, the Amazonas Philharmonic, as well as host to numerous concerts featuring internationally renowned musicians.