The Creation of Florencia 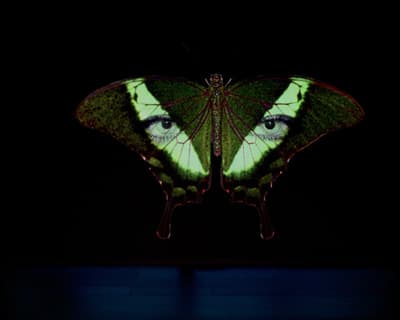 The commission of Florencia en el Amazonas grew out of the success of Rappacini’s Daughter, which brought the work of Daniel Catán to the attention of David Gockley, then general director of Houston Grand Opera, a company known for its support and encouragement of new American opera. Looking to commission a Spanish-language work to reflect the city’s increasingly Latin character, HGO director David Gockley, in a co-production with opera houses in Los Angeles and Seattle, asked Catán to produce a new work. Gockley’s vision for the opera was that it would celebrate “artistic, musical, literary, and visual aspects of Latin America” as well as be “the most beautiful opera in the last fifty years.” A daunting challenge indeed for a still relatively unknown composer!
A performance of Rappacini’s Daughter also led to the other major collaboration for the creation of Florencia. Gabriel García Márquez saw Rappacini’s Daughter and was so impressed that he offered to help Catán with his next opera. Daniel seems to have surprised himself by actually daring to take “Gabo,” as García Márquez is affectionately called, on this offer. Due to constraints on the Nobel laureate’s time, the libretto for this opera was actually written by a protégée of his, Marcela Fuentes-Berain, who ably captured the language and magic realism elements of García Márquez’s literary style. Using mostly the Amazon setting and the hint of a devastating epidemic from Love in the Time of Cholera, the story follows its own path, capturing the feel and essence of Latin magical realism in its images of butterflies, piranhas, pink rain, and overall the magical rainforest. Florencia en el Amazonas was warmly received by the Houston public on the occasion of its premiere in October of 1997, and gained acceptance by singers, audiences, and eventually critics. 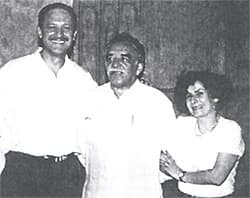 Daniel’s own words speak best about his creative process with this opera. “My journey down the Amazon, the real and operatic one, began in the studio of my dear friend Alvaro Mutis. He knows the jungle intimately and has written about it all his life; at the same time he is a great lover of opera. The combination could not be better. We met many times in his studio. Prints of magnificent riverboats occupy the spaces normally reserved for family photographs. It was there that I learned about the dangers of river navigation, and also about the psychological states the Amazon induces in its travelers; the way it conjures up their most secret desires and deepest fears. In the opera, Florencia undertakes a journey that will bring her back to her origins. It is, I believe, the story of the return journey that we all undertake at a certain point in our lives: the moment when we look back at what we once dreamed of becoming, and then confront what we have now become. As Florencia sings her final aria, her voice, her song and she herself, become intertwined with the image of a butterfly. She breaks through her cocoon; her voice soars, her song acquires transparent wings. Love and beauty become indistinguishable from each other. The image of the butterfly, supremely beautiful from the moment of its birth, is overtly present at the end of Florencia. But it is an image that has been present in my mind as I composed several of my works. I have asked myself why. I think it is my way of understanding the moment when something is no more, my way of transforming it, like when I finish an opera, and say good-bye to characters that have lived with me for so long and have taught me so much, that grew out of me so I could be born out of them, that are, in the end, indistinguishable from myself.” 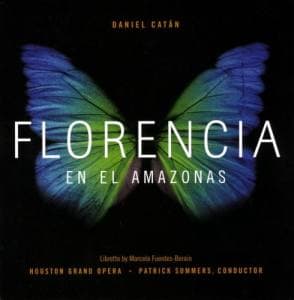 The vocal writing in Florencia is full of lyricism and soaring vocal lines, and is, to the joy of singers studying and presenting this opera, eminently “singable.” While composing the opera, Daniel spent hours in the company of singers who were “workshopping” his opera, that is, presenting large excerpts of the work for Houston Grand Opera supporters while the composition was still “in process.” The cast for these workshops came from the wonderful young singers of the internationally renowned Houston Grand Opera Studio, and Catán attended numerous voice lessons, trying to further his understanding and knowledge of the capabilities of the human voice. This dedication to constant improvement and learning is characteristic of Catán’s actions throughout his life. In an interview with Maria Nockin for the website Opera Today, he said of his writing for the stage, “The more I work with singers and see my work staged, the more I understand that not everything that looks good on paper will work equally well on the stage…One learns by experience and at this point I can anticipate certain things. You want to frame the voice in such a way that it shines.” His commitment to highlighting the beauty of the human voice through melody and lyricism permeates every measure of Florencia. Though it is sometimes criticized as not having brought great innovation to the operatic art, Florencia provides a wonderful contrast to the challenging atonality and vocal gymnastics demanded by many newly composed operas. 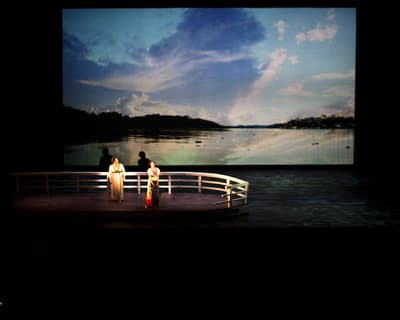 Orchestrally and tonally, Catán’s compositional voice can be characterized as heavily influenced by the instrumental colors and harmonies of the Impressionists, Ravel and Debussy, as well as tonally centered with some Asian influence in scales and orchestral colors. Catán acknowledged the eclectic nature of his style: “I have inherited a very rich operatic tradition,” he said. “In my work, I am proud to say, one can detect the enormous debt I owe to composers from Monteverdi to Alban Berg. But perhaps the greatest of my debts is having learnt that the originality of an opera need not involve the rejection of our tradition (which would be like blindly embracing the condition of an orphan), but rather the profound assimilation of it, so as to achieve the closest union between a text and its music.” The opera is scored for a fairly small orchestra ensemble of 40-45 players. Catán made specific choices in featuring instruments that often stay in the background of the symphony orchestra, saying “I used clarinets, marimbas and harps because I was trying to invoke the fluidity of the Amazon River and the ambiance of that area.” The percussion section is full of sounds that evoke the exotic jungle setting of the opera, with the aforementioned marimba, as well as steel drums (which we often associated with the Caribbean), the djembé (an African hand drum), tubular bells, and wind machine for the exciting storm sequence. 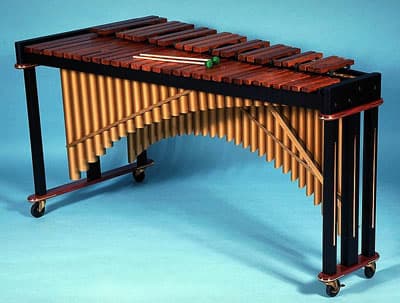 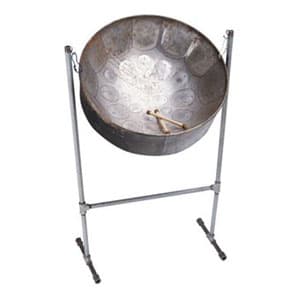 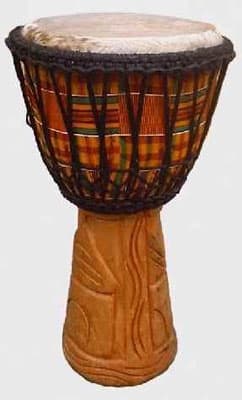 And now for a personal note: I had the honor to assist as music staff on the premiere of Florencia while I was an apprentice with the Houston Grand Opera Studio. As a pianist for an opera rehearsal process, we play from an orchestral “reduction,” which is just what it sounds like, a piano part that reduces the orchestra parts to fit our ten fingers. However, Daniel, when writing the original score, first composes a harmonic framework and vocal lines, THEN orchestrates his harmony. Thus the original handwritten piano score had only the barest harmonies and figurations. My colleague Michael Franciosi and I spent hours comparing the orchestral score to the piano manuscript, and rewrote the piano part to reflect the orchestration. Our work, along with that of David McDade, music staff for Seattle Opera, was used to create the published score by G. Schirmer. We were all much honored to see that Daniel included a dedication to us on the title page of the score; my mom is proud too! 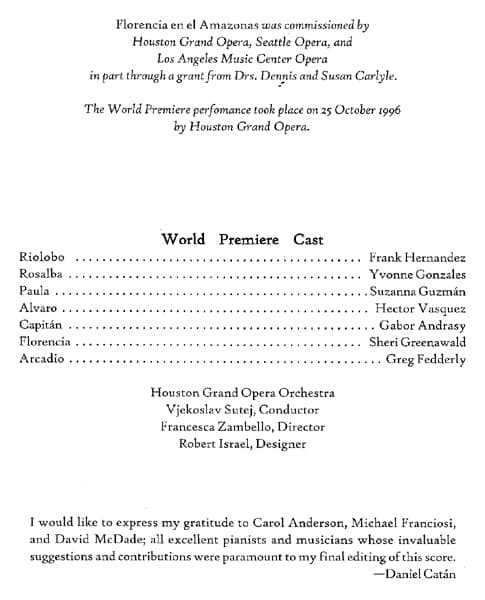 Florencia is truly what we call an “ensemble show,” meaning each character has a prominent part in the drama. Yes, Florencia herself is the prima donna, both in the story and in the original sense of a leading soprano performer, but all the characters contribute to her story as well as creating their own. The Capitán anchors the journey, dramatically and vocally. He is the lowest voice onstage and the character who knows the riverboat life best, maintaining the stability of the journey in all circumstances. Paula and Alvaro are both middle voice types, mezzo-soprano and baritone, and are in the middle of their lives, their marriage, and their journey together. Rosalba and Arcadio are youth personified, full of impulsiveness and overly dramatic, ready to leap into the future with little thought. They are the highest voices on the stage, tenor and soprano, along with Florencia herself. Florencia sees herself in the young Rosalba, full of ambition and dreams, and that may account for their sharing of a vocal range. A soprano who might sing the role of Rosalba today could potentially grow into a Florencia soprano in a decade or so. Riolobo is the cipher in the group–at first glance he appears to be nothing more than a humble deckhand taking the role of narrator. As the story develops he is revealed as a mystical being, in many ways connected with the rain forest and the elements of this mysterious region. As the passengers on the El Dorado journey further into the heart of the Amazon, they become more in tune with their deepest feelings. Each of them experiences the transformative power of love in their life before the journey’s end. 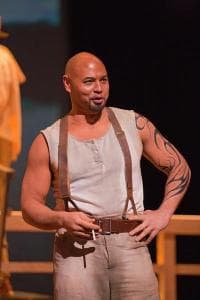 As a beautifully accessible and lush score, it is not surprising that Florencia en el Amazonas continues to grow in popularity among American regional opera houses. In addition to the three original co-producers, a number of other regional opera companies have staged Florencia, including Cincinnati Opera and this current incarnation, a co-production of Opera Colorado and Utah Opera. The only existing recording, a live recording of the 2001 remounted production at Houston Grand Opera was hailed by Opera News as “… a ravishing piece of music, written in an unabashedly tonal idiom that just recently had seemed extinct–Ravel and Szymanowski, by way of Villa-Lobos.” [Record jacket] Smaller productions are being staged at conservatories and universities across the nation, and the opera continues to gain an international reputation, with performances in Mexico, Colombia, and Heidelberg. Florencia Grimaldi even reached her journey’s end in May of 2003, when the opera was performed on the stage of the Teatro de la Amazonas in Manaus. 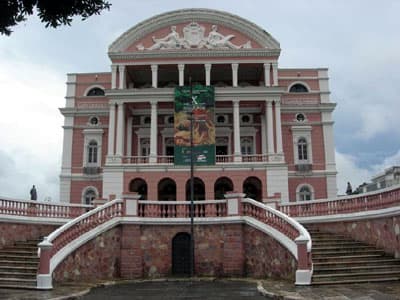