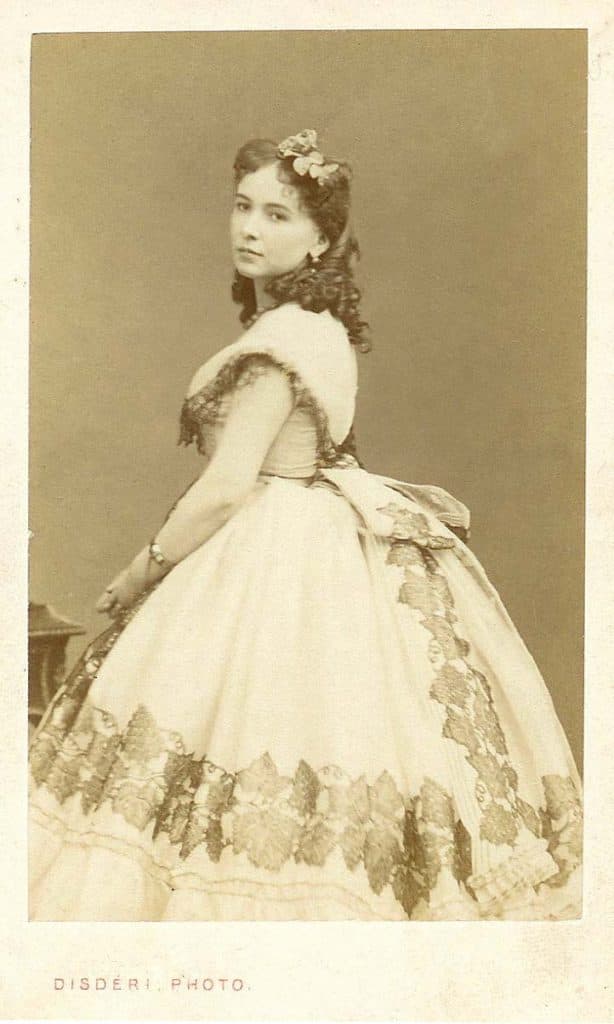 Through Jan 26, the Utah Opera continues their season with La Traviata, a story of a beautiful Parisian woman who survived on the riches of the men she dated. The story follows Violetta through her life and parties and the pains of falling in love. This opera is based on a play that is based on book that is based on a real experience had by Alexandre Dumas (the son of the author of the Three Musketeers).

Did you get that?

Giuseppe Verdi composed this opera after seeing the play “La Dame aux Camélias” which was based on the book of the same name (both were written by Dumas). Dumas wrote the book based on his own experience with a Parisian courtesan.

And the main character of all four stories is based on group of women who were drinkers, gamblers and sinners. They threw their money around and were sexually promiscuous. They were called “the demimonde,” a French term that means “half the world.” They were seen as the antithesis of the bourgeois and upper class citizens of France.

One of the most famous “demimondaine” is Cora Pearl who lived in Paris in the 1860s. Cora Pearl was raised in a poor and turbulent family. Her father gallivanted across the ocean to America, and she was unable to form a relationship with her stepfather. Life Cora was given money, chalets and horses, building her private wealth. She dressed extravagantly to draw attention to herself. She dyed her hair bright colors, painted her face and wore elaborate jewelry. (The Utah Opera costume department has done a wonderful job replicating this outlandish and beautiful look for the performances of La Traviata.) She was also known to divest herself of the beautiful dresses and show up at dinners and plays mostly naked.

Like most demimondaines, Cora’s life ended when her beauty expired. She was plagued with scandals and her fortune slowly dwindled away.

Come and see La Traviata and experience the life of a Parisian courtesan for an evening with the Utah Opera at Abravanel Hall. Visit utahopera.org