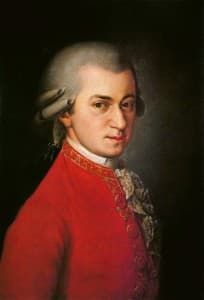 From 1786 to 1790, Mozart composed three operas for Vienna, all of them settings of texts by the Venetian librettist and poet Lorenzo da Ponte. Two of these operas—The Marriage of Figaro (1786) and Don Giovanni (1787)—are among the best-loved and most performed of Mozart’s dramatic stage works. But the third, Così fan tutte from 1790, is something of the neglected child among this group. It wasn’t often performed during the 19th century, and even in more recent times has lurked in the shadows of standard operatic repertory rather than moving firmly into the limelight. When people talk of Mozart’s “da Ponte trilogy,” Così is usually listed last, and not only because it was the most recent.

Why should this be so? Certainly there’s no question that Mozart had the musical genius to make any libretto come to life on the stage. And da Ponte was one of the finest librettists in Europe at the time, writing successful opera texts not only for Mozart but also for operas by Salieri, Soler, and Bianchi. The quality of da Ponte’s collaboration with Mozart shouldn’t come into question, and yet historically audiences have tended to merely tolerate Così’s place in the trilogy, regarding it as more problematic and certainly less magnificent than its older siblings. Few were willing to judge it on its own merits. 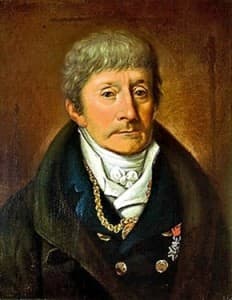 Part of the reason may have to do with the similarity of the underlying themes in three operas, and how da Ponte’s own life experiences may have influenced his approach to the presentation of these themes on stage.

It’s not too much of an overstatement to claim that sex and seduction drive the plots of most of Mozart’s best-known operas and stage works. Starting with The Abduction from the Seraglio in 1782, Mozart produced a stream of highly entertaining and vivid portrayals of the tensions between earthy lust and elevated, honorable love, set against the backdrop of highly politicized periods and scenarios.
In each of the three da Ponte operas, this anxiety about sex and idealized love arises as well-defined eras of social and political systems, and their influence on interpersonal relations, are coming to a close. In Don Giovanni, the opera’s premise is built around a feudal order that allowed a nobleman to seduce anyone he pleased, usually without legal or moral repercussions. The Don’s demise at the very end of the opera, then, signals the start of a new morality in Europe as well as a new political system.

Similarly, in The Marriage of Figaro, an “enlightened” Count considers reinstating the feudal law—the “droit de seigneur”—that would allow him to legally bed Susanna, his wife’s maid, on the night of her wedding to his own servant, Figaro. That he is tricked into giving up this plan—and what’s more, tricked by his own servants as they conspire to deceive the aristocracy—is a reminder that another old order in Europe was about to give way. Though the story of The Marriage of Figaro is set in the 17th century, the themes related to a servant class outwitting the aristocracy are very contemporary to Mozart and da Ponte. It’s no coincidence that The Marriage of Figaro was premiered only three years before the French Revolution, and that the Beaumarchais play on which it was based was banned in France. Social and political revolution was in the air.

But Mozart downplays the social politics in these operas and raises the theme of love/lust—a theme more immediately relevant to all audience members—to a primary position. It would seem that in Così fan tutte, where the story is entirely about the distinctions (if any) between true love and flirtatious desire are probed, Mozart and da Ponte were simply continuing a successful exploration of the same topic they had already begun in their previous two operas.

The difference is in the time period and location of the stories, and in the original sources of their plots. Both Don Giovanni and The Marriage of Figaro are set in Spain, where the exoticism of the locale and the chronological distance keep the dramatic narratives safely at arm’s length. The audience could be amused, even morally edified perhaps, without feeling that they were being forced to examine their own lives in the mirror of the stage. But Così is set in Italy, much closer to Vienna both culturally and geographically. And it is set in (for Mozart and da Ponte) the present day.

From da Ponte’s point of view, the libretto for Così is also far more autobiographical than any of his other libretti. It was the closest thing to “reality opera” that Viennese audiences had yet encountered. While da Ponte had used earlier sources for The Marriage of Figaro and Don Giovanni, his libretto for Così fan tutte was entirely original, and of his own devising. Some of the plot devices such as partner-swapping, wagers on love, testing love through disguises, and so on, find dramatic expression in earlier works from Ovid to Shakespeare. But the story as a whole is entirely new. And its realism, unmitigated by the conventions of temporal and cultural distance, was challenging. 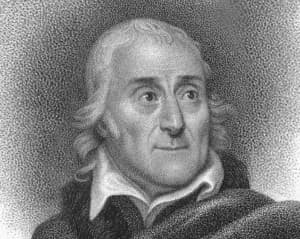 Lorenzo da Ponte was born Jewish in Venice. When he was a teenager, he was compelled (along with all his siblings) to convert to Roman Catholicism by his father, who wished to remarry. Though da Ponte subsequently studied at a seminary and was ordained a Catholic priest, he took a mistress, lived in brothel in Venice, and was found guilty of “public concubinage.” Through a connection with Antonio Salieri, da Ponte eventually moved to Vienna in the mid-1780s and almost immediately found a new mistress, the opera singer Adriana Ferrarese (who would premiere the role of Fiordiligi in Così fan tutte). 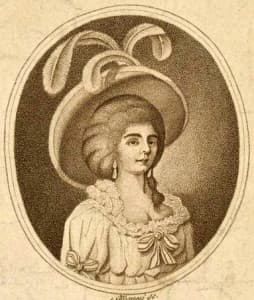 In 1791, da Ponte moved away from Vienna with yet another companion, Nancy Grahl (with whom he eventually had four children, though never married), working for a time in London before settling in the United States and becoming a US citizen. Here he helped found the forerunners of the Academy of Music and the Metropolitan Opera in New York. So when da Ponte conceived of an opera libretto based on the themes of fidelity, honor, lust, love, and broken promises, he writes from extensive first-hand experience.

Originally begun in collaboration with Salieri, da Ponte’s libretto for Così fan tutte eventually became Mozart’s project. This was probably to the opera’s advantage, not because of any inherent differences in Mozart’s and Salieri’s abilities as composers, but because Salieri, as court composer, was more constrained in what he was able to do with any opera libretto. Mozart, working basically as a freelancer in Vienna, was more at liberty to play around freely with the emotional creases and nuanced niches in the plot, and to bring to bear on it his own unfettered talent for psychological subtlety and characterization in music that had been nurtured in his earlier collaborations with da Ponte.