The title of Così fan tutte translates loosely as “women are like that” or “so are they all.” The gendering of “tutte” is clear and unequivocal—this observation is made about women, not men or people in general.

But it’s not really as simple as that. There is much more to this title, and the opera it heads, than a flagrant generalization about women’s weaknesses and dissembling. Before any criticisms of blatant misogyny are levelled against Mozart and/or da Ponte, we need to pose some probing questions. Women are “like what”? Is there an assumption, or an examination, regarding what men “are like” in this opera? How much of the title, and by extension the opera itself, is ironic? How have Mozart and da Ponte portrayed women in their other collaborations, and does that help us interpret the female characters in Così with greater clarity and understanding?

In looking at Mozart’s entire operatic oeuvre, it’s clear that he didn’t shy away from presenting strong female characters who are spirited, smart, morally grounded, and daring. From Konstanze (Abduction) to Susanna and the Countess (Figaro) and Pamina (Magic Flute), Mozart provides plenty of operatic evidence of the increasingly influential role strong women were playing in 18th-century society. This was something of a parallel to the increased political clout of figures like Catherine the Great, the Empress Maria Theresa, and Marie Antoinette. Both high- and low-born, Mozart’s heroines often display the same kind of noble, courageous demeanor that his best heroes demonstrate, and all the more impressively so given the general gender inequity of European society at the time. In The Magic Flute, premiered the year after Così, it is Pamina that proves essential to Tamino’s successful negotiation of the trials and elevation to the highest order of nobility. Of all the characters in The Marriage of Figaro, Susanna clearly demonstrates superior wit, intellect, and understanding of human nature.

So if Mozart and da Ponte were, so-to-speak “proto-feminists” in their other portrayals of strong, capable, heroic women, what are they saying exactly in this opera? First, it’s likely that they’re not saying anything in particular—certainly nothing that applies to an entire gender. The title is a quote from the opera, representing the belief of one of the characters—the old philosopher, Don Alfonso—who still, by the end of the opera, is the only character who holds that belief completely and without reservation. It is only true to the extent that we, the audience, agree with Don Alfonso’s philosophy, methods, manipulations, and conclusions. And it’s pretty clear that Mozart and da Ponte expected us to realize early on that Don Alfonso is as foolish, flawed, and dishonorable as he claims to prove the young women, Fiordiligi and Dorabella, are.

The statement “women are like that” (or, more accurately, “beautiful women are like that”) was actually used several years earlier in The Marriage of Figaro, where it was made by Don Basilio in the Act I trio with Susanna and the Count. Basilio, a cynical, ludicrous old nobleman, is hardly a likeable figure, and no-one is expected to take his pronouncement there as an established truth. Repeating that phrase in this opera invites the audience to regard Don Aflonso not as a wise, street-smart philosopher but as a troubled, foolish old man who has been unlucky in love, just as Don Basilio was.

This is the phrase, though, that is alluded to directly in the overture, made explicit at the start of the opera by Don Alfonso, and repeated later by all the men. But it is in some respects an ironic, self-fulfilling prophecy. Though da Ponte may have colored the story with his own experiences of illicit dalliances and frequent changes of partner, neither Don Alfonso nor his two students, Guglielmo and Ferrando, are presented as sympathetic characters within the opera. In other words, Don Alfonso does not speak for da Ponte, or Mozart. He is a disillusioned philosopher who, through the power of his position and influence, concocts an experiment designed for no other purpose than to similarly disillusion his young protégés. If one designs an experiment with a particular conclusion in mind, controls the data, changes the experiment mid-point when it’s not going as planned, and singlehandedly guides the interpretation, then it’s no surprise that the outcome—“Women are like that!”—is exactly what Don Alfonso had planned. The opera’s title tells us more about Don Alfonso’s character than it does about “women.” And it remains in metaphorical quotation marks throughout the entire story. 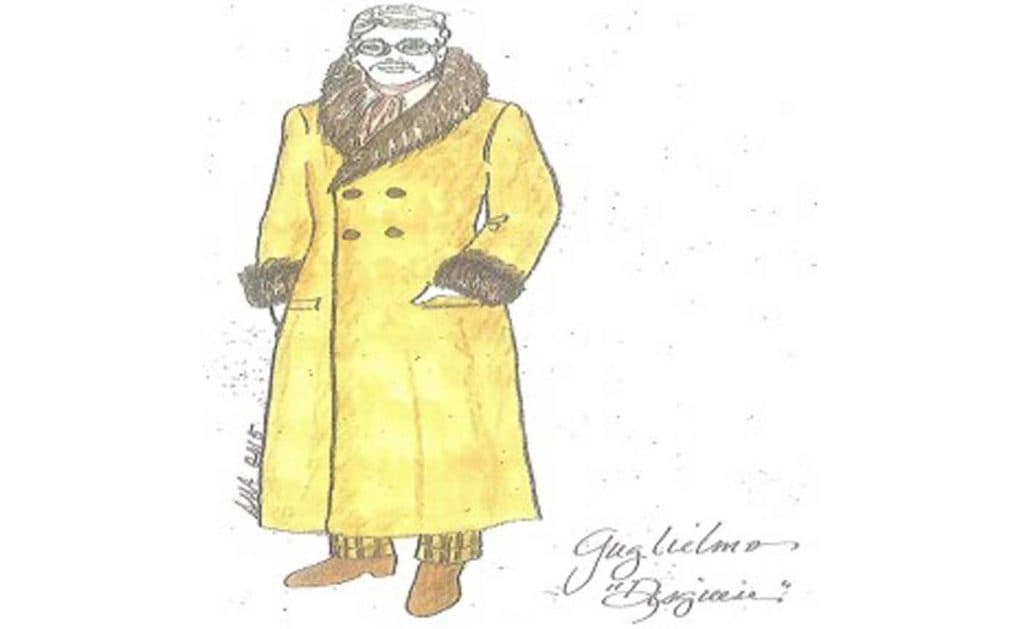 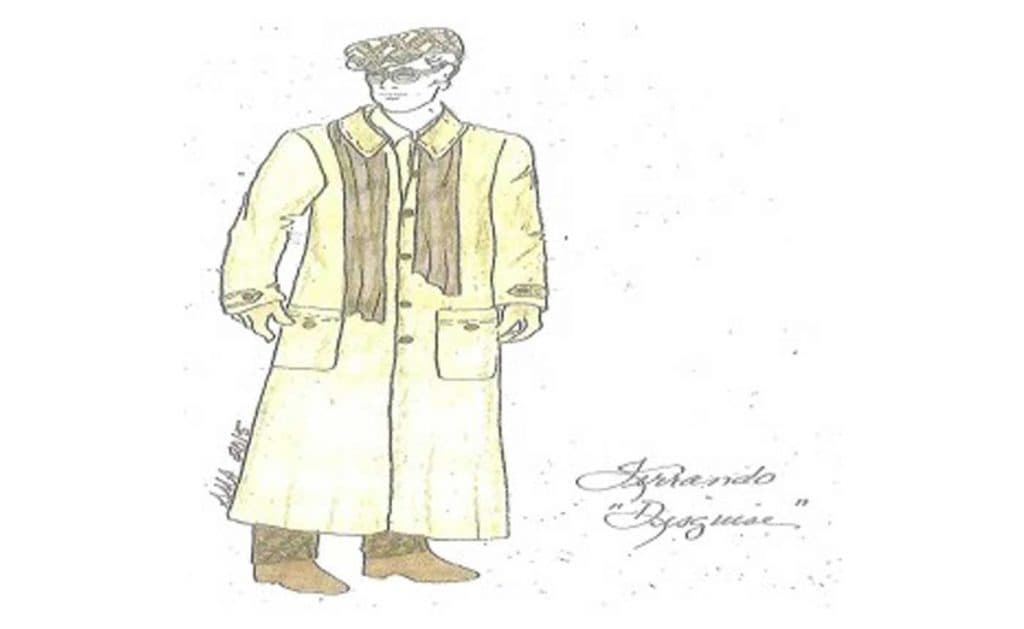 What about the two young soldiers, convinced at the start of the unwavering fidelity of their respective loves? Do they adopt Don Alfonso’s misogyny by the end of the story? Do they also proclaim, with their mentor, “Così fan tutte”? Technically, yes. But only in the same way that schoolchildren repeat back the words their teacher wants them to memorize, without internalizing them. When da Ponte was first working on this libretto with Salieri, it was titled “La scuola degli amante” or “The School for Lovers,” a phrase retained as a subtitle in the finished opera. Though Don Alfonso seems to have given incontrovertible proof of female inconstancy to his students, they are themselves less convinced of the absolute truth of what they have been taught. It does not seem to have imparted any added wisdom, neither did it bring happiness. They are as much victims of Don Alfonso’s “experiment” as are their innocent fiancées, Dorabella and Fiordiligi.

Like Don Alfonso, the maid Despina, who serves as his willing accomplice, exhibits a similarly entrenched prejudice against the two sisters, calling them “silly girls” and delighting in the ruse that is designed to upset the otherwise happy relationships with their fiancés. As bitter and cynical as Don Alfonso, and with the added encumbrances of class envy and relational jealousy thrown into the mix, Despina is the least sympathetic character in the entire cast. Not only does she not like the two young women very much, she takes a swipe at men in general as well. “Men are as fickle as leaves,” she announces as she advises Fiordiligi and Dorabella to play the field with reckless abandon while their lovers are absent.

So the opera’s title is something of a Pandora’s Box that reveals many more nuanced observations than the blanket statement it first presents. If the “women” (namely, Fiordiligi and Dorabella) in this opera are anything, they are merely the victims of a cruel hoax. Under the guise of a revealing experiment, fueled by a foolish wager, Don Alfonso conspires with Despina to elicit the precise behaviors from them that he claimed they were prone to in the first place. But that does not prove the dictum he states repeatedly with such authority. 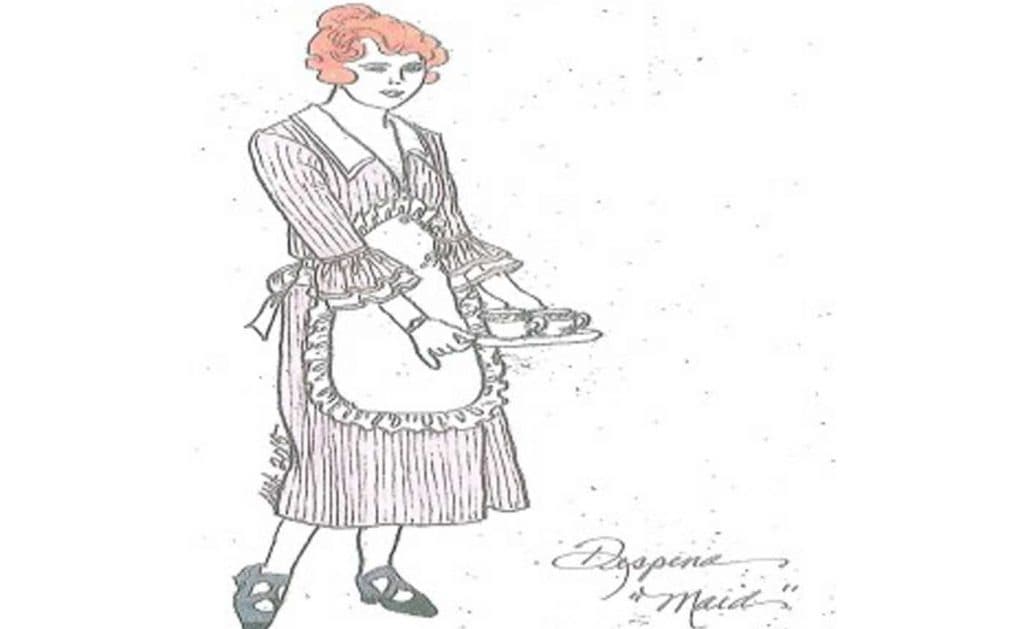 It is to Mozart’s and da Ponte’s joint credit that they are able to fashion from the profoundly misogynistic characters in this story a thoroughly entertaining and carefully shaded comedy of sorts. But while comic, it is also a revelation of deeper psychological truths regarding the kind of men who treat women as playthings, the reactions of women who are subjected to deceit and manipulation in the name of “love,” and the way that intimate relationships expose our unprotected vulnerabilities. Far from being lightweight frippery, Così fan tutte is a probing examination of love, honor, patriarchy, women, and the Enlightenment. It’s telling that Mozart regarded this work as a dramma giocosa, literally “a serious story with jokes,” as much as it was an opera buffa (i.e., a comic opera.) It was the same term he employed to describe the darker comedy of Don Giovanni, with its disconcerting social and political undertones.