When asked to write notes, directors usually comment on their concept or “take” on the piece. I am not shy about re-thinking the time or place of an opera to provide a fresh way of experiencing a work, but Puccini’s masterpiece needs no such re-thinking. 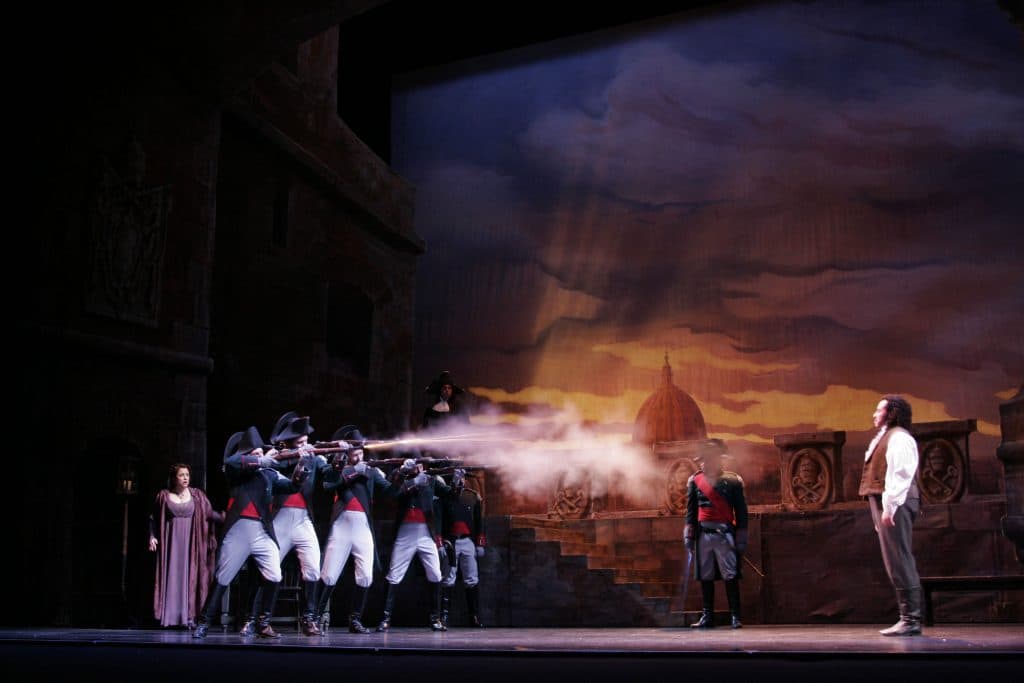 The story, based on a play by Sardou, of Tosca and Cavaradossi, two lovers caught in a net of political intrigue by Scarpia, the villain-you-love-to-hate, has been denigrated as mere melodrama, but Puccini’s music elevates it to greatness. From the first three fortissimo chords we are thrust into the action, which unfolds grippingly before us.

In preparation for this production I made a trip to Rome to see the real locations where the opera is set. Visiting the Basilica of Sant’Andrea della Valle, I retraced Angelotti’s steps, imagining each moment in the first Act. The Palazzo Farnese (now the French Embassy) was not open while I was there, but gazing up at its windows I could envision Scarpia closing them to shut out the sound of the cantata while he interrogates Tosca. Walking up the stone steps of the Castel Sant’Angelo with the haunting clarinet solo in “e lucevan le stelle” playing in my mind, I stopped short of following Tosca’s steps off the parapet. It was my good fortune to see a new production of Tosca at the Opera di Roma while I was there, part of a project called “La Memoria” that will revive historic productions.

The 1900 world premiere of Tosca was meticulously re-created with the original costume and scenic designs by Adolf Hoehenstein and the original staging notes carefully followed. It was one of the most memorable nights of theatre I’ve ever experienced. No technological wizardry or directorial slight of hand was required. It was an evening filled with great singing, a magnificent orchestra, and a production that respected the brilliance of its creators.
The production you will see is richly informed by the experience of seeing those laces and that production. Our own sets by the Italian master Ercole Sormani hark back to this time of magnificent painted scenery. Here’s hoping there is a nine-year-old in the audience, whose memory of our production (or at least the beautiful red velvet Act Two dress) will incite a lifetime of operatic experiences.