The Marriage of Figaro – Mozart, Marriage, and the da Ponte trilogy

The first two plays in Beaumarchais’s trilogy are better known today in operatic versions: Rossini’s Il barbiere di Siviglia (from 1816) and Mozart’s Le nozze di Figaro (from 1786).  The 20th-century French composer Darius Milhaud wrote an operatic setting of The Guilty Mother—the third play in the trilogy—in 1966, though it is not widely performed. 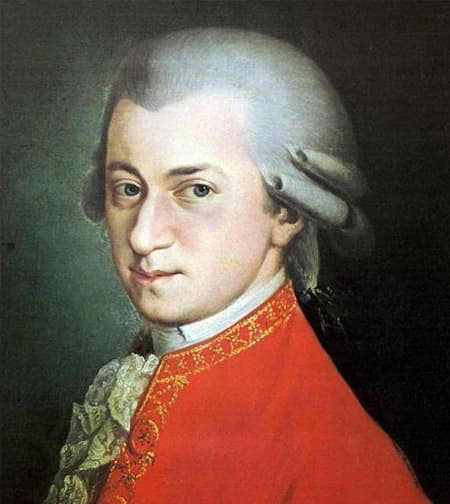 But Rossini’s The Barber of Seville, the first story in the trilogy, was written thirty years after Mozart had set the second story, The Marriage of Figaro.  Why didn’t Mozart set The Barber of Seville instead?  Ardent fans of opera history know that an earlier composer, Giovanni Paisiello, had already written a very successful opera adaptation of The Barber of Seville in 1782, which played in five theaters in Vienna in between 1783 and 1804, with over 100 performances.  We know Mozart was familiar with Paisiello’s Barber—in 1789 he composed an alternate aria for his sister-in-law, Josepha Hofer, to sing in a production of Paisiello’s opera.  Even when Rossini was approached to do a new adaptation of Beaumarchais’s Barber, he hesitated because Paisiello’s version was still very popular, and he felt that work was still too good to try and replace it with a new version.  Rossini was eventually convinced to do so anyway, but for a number of years after the premiere of his own Barber in 1816, Paisiello’s older version was still the more popular and more frequently performed of the two.
So in 1786, when Mozart was contemplating a new opera, he really didn’t have the option of setting The Barber of Seville.  Besides, the new Beaumarchais play had premiered in France only two years earlier, so it was still very fresh and new when Mozart took it on as a project (despite the Emperor’s misgivings). 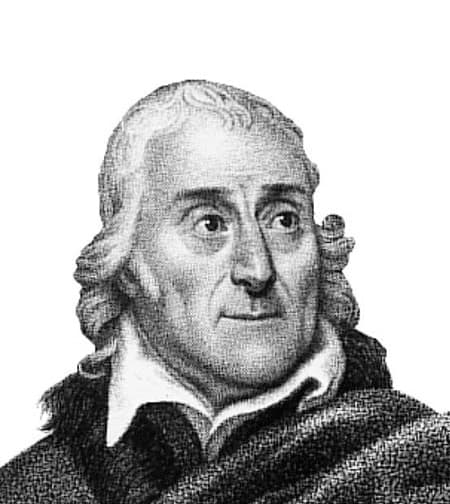 For the libretto of The Marriage of Figaro, Mozart turned to a new collaborator, Lorenzo da Ponte, who would prove central to the composer’s future operatic ventures.  From 1786 to 1790, Mozart composed three operas for Vienna, all of them settings of libretti by da Ponte: The Marriage of Figaro (1786), Don Giovanni (1787), and Così fan tutte (1790).  Throughout this “da Ponte trilogy,” there is an underlying consistency of theme that may draw directly on da Ponte’s own life experiences and which, in The Marriage of Figaro, also overlap with Beaumarchais’s.
Lorenzo da Ponte was born Jewish in Venice.  When he was a teenager, he was compelled (along with all his siblings) to convert to Roman Catholicism by his father, who wished to remarry.  Though da Ponte subsequently studied at a seminary and was ordained a Catholic priest, he took a mistress, lived in brothel in Venice, and was found guilty of “public concubinage.”  Through a connection with Antonio Salieri, da Ponte eventually moved to Vienna in the mid-1780s and almost immediately found a new mistress, the opera singer Adriana Ferrarese.
In 1791, da Ponte moved away from Vienna with yet another companion, Nancy Grahl (with whom he eventually had four children, though never married), working for a time in London before settling in the United States and becoming a US citizen.  Here he helped found the forerunners of the Academy of Music and the Metropolitan Opera in New York. So when da Ponte conceived of an opera libretto based on the themes of fidelity, honor, lust, love, and broken promises, he writes from extensive first-hand experience.
It’s not too much of an overstatement to claim that sex and seduction drive the plots of most of Mozart’s best-known operas and stage works.  Starting with The Abduction from the Seraglio in 1782, Mozart produced a stream of highly entertaining and vivid portrayals of the tensions between earthy lust and elevated, honorable love, set against the backdrop of highly politicized periods and scenarios.
In each of the three da Ponte operas, this anxiety about sex and idealized love arises as well-defined eras of social and political systems, and their influence on interpersonal relations, are coming to a close.  In Don Giovanni, the opera’s premise is built around a feudal order that allowed a nobleman to seduce anyone he pleased, usually without legal or moral repercussions. The Don’s demise at the very end of the opera, then, signals the start of a new morality in Europe as well as a new political system.
Similarly, in The Marriage of Figaro, an “enlightened” Count considers reinstating the feudal law—the “droit de seigneur”—that would allow him to legally bed Susanna, his wife’s maid, on the night of her wedding to his own servant, Figaro.  That he is tricked into giving up this plan—and what’s more, tricked by his own servants as they conspire to deceive the aristocracy—is a reminder that another old order in Europe was about to give way.  Though the story of The Marriage of Figaro was set safely in the 17th century, the themes centering on a servant class outwitting the aristocracy were very contemporary to Beaumarchais, Mozart, and da Ponte. Social and political revolution was in the air.  As Mozart tells the Emperor in Amadeus, he plans to downplay somewhat the social politics in these operas and raises the theme of love/lust—a theme more immediately relevant to all audience members—to a primary position.
Materials by Luke Howard
Tags
Keep| the marriage of figaro|