The Marriage of Figaro – The Beaumarchais Trilogy

With Mozart’s The Marriage of Figaro, we have an Austrian composer writing an Italian opera based on a French play set in Spain—it doesn’t get much more cosmopolitan than that!  But to understand the story behind the creation of this opera, we really need to go back to that series of French plays by the watchmaker, musician, inventor, diplomat, part-time arms dealer, and author Pierre Beaumarchais. 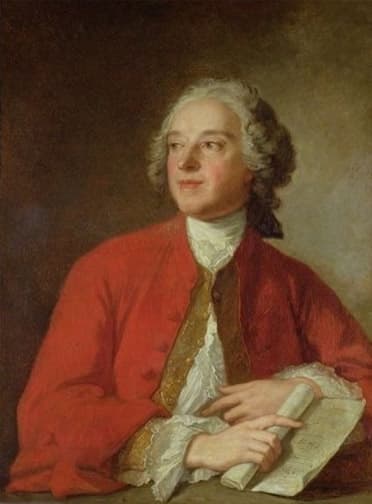 Beaumarchais was born in the French provinces, and named simply Pierre-Augustin Caron, son of a humble watchmaker.  Apprenticed at first to his father, Caron became quite a skilled watchmaker himself, and was soon working for the royal watchmaker Jean-André Lepaute.  Caron showed an interest in researching clockwork mechanisms and finding new ways to make watches (especially the notoriously unreliable pocket watches) more reliable.  He invented a new escapement that did, indeed, improve pocket watches, but his mentor, Lepaute, took all the public credit for this invention.  When Caron complained to his father that Lepaute had stolen his invention, his father informed him that this is simply what happens—“C’est normale—c’est comme ça.”  The upper classes take the credit for anything the lower classes might achieve, he lamented to his son.
The sense of injustice Caron felt prompted him to go public, and his claims were investigated by the Royal Academy of Sciences.  The Academy concluded that Caron did in fact deserve the credit for the invention.  The apprentice had taken on the most famous watchmaker in Europe and won!  Caron was a celebrity, and was hired by Louis XV at the Royal Court at Versailles.
This anecdote not only accounts for Caron’s rapid rise from the working classes to a position where he could hobnob with the nobility, but also hints at his ongoing interest in the political power and social clout of the underclasses—themes that would recur in his writings and his future career.
Not long after he started work at Versailles, Caron married a wealthy woman who had inherited a parcel of land—“le bois Marchais”—so to fit in with his new aristocratic surroundings, he took on an additional highborn-sounding surname, and fashioned himself thereafter as Pierre-Augustin Caron de Beaumarchais.
Drawing on the musical training he had as a youth, Beaumarchis was appointed music teacher to Louis XV’s four daughters, using his watchmaker experience to improve the mechanisms on the princesses’ harps.  Along with this increased access to royalty and nobility, Beaumarchais was also soon appointed Secretary-Councilor to the King and, later, Lieutenant-General of Hunting.  Through these connections, he garnered increased power and influence.
In 1764, Beaumarchais embarked on a 10-month visit to Spain, primarily hoping to secure profitable business deals and perhaps gain an appointment as Consul to Spain.  Those hopes didn’t play out as planned, but his experiences there prompted Beaumarchais to set a series of plays in Spain, with characters—including a Count and his valet—based loosely on people he met on the journey.
Count Almaviva and Figaro actually appear first in a little dramatic sketch titled Le Sacristain, written in 1765, soon after Beaumarchais’s return from Spain.  He called it an “interlude, imitating the Spanish style,” perhaps hoping its modest proportions would downplay the work’s implicit ridicule of the ruling classes.  In 1775, Beaumarchais turned this sketch into a full-length play, The Barber of Seville, followed by a sequel, The Marriage of Figaro (completed in 1781 but not passed by the censor until 1784), and a final installment, The Guilty Mother in 1792.
As Beaumarchais penned this trilogy of Figaro plays, he included other characters based more directly on people he knew, including himself.  In The Marriage of Figaro, the character of Suzanne is modelled after Beaumarchais’s third wife.  Don Guzman Brid-oison (loosely transformed into Bartolo in the opera) is a caricature of a magistrate that Beaumarchais had tried unsuccessfully to bribe in 1772.  And the page Chérubin is loosely based on the youthful Beaumarchais himself.  The author also revealed some remorse for his own sexual exploits through the monologs of the Count Almaviva.
Despite his close connections with the French Court, Beaumarchais sometimes struggled to get royal approval for these plays.   When Louis XV read Le Sacristain, he recognized in it the seeds of disrespect towards the nobility, and banned its performance.  The Marriage of Figaro was even more troubling to his son, King Louis XVI.  Though his wife, Queen Marie-Antoinette, and some within her circle enjoyed the play a great deal in private readings and lamented the King’s ban, it was three years before Louis XVI relented and allowed the play to be performed.  Once performed, though, it was enormously popular in France, even with the aristocracy.  Beaumarchais had consistently claimed that his play, which was intended only as a public amusement, should be judged by the public and not the King, the Parliament, or the censor’s office. 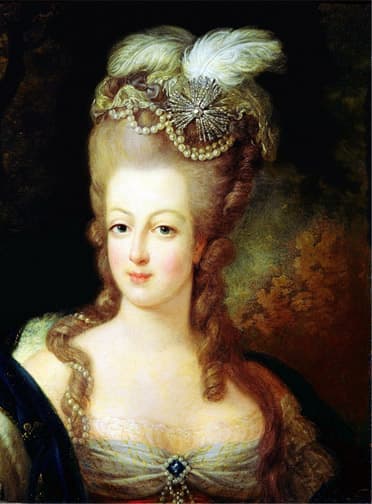 This history doesn’t quite jibe with how Beaumarchais’s play was characterized in the movie Amadeus.  There the Emperor Joseph II tells Mozart that Figaro “is a bad play.  It stirs up hatred between the classes.  In France it has caused nothing but bitterness.”  The Emperor indicates that his sister Marie-Antoinette “is beginning to be frightened of her own people,” and that is why he had also banned performances of the play in Vienna.  But even accounting for the play’s popularity among the French aristocracy, the stage version of The Marriage of Figaro was never in itself a catalyst for subversive or revolutionary action.  It was, as Mozart understood it as well, essentially a comedic collection of love stories set against the backdrop of a changing political order.  (What’s more, the poorer underclasses didn’t really have access to the Parisian theatre, which in the 18th century was aimed squarely at the wealthier levels of society.  It could hardly foment unrest among classes of people who were not able to see it.) 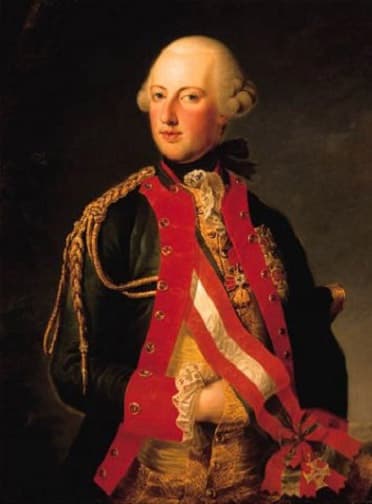 As the character of Figaro is central to Beaumarchais’s trilogy, a natural question arises–why was it necessary that he be a “barber,” since his profession is never a critical plot device?  One theory is that this detail was derived from a French slang idiom.  In 18th-century French, “faire la barbe” or “faire la figue” meant to taunt someone, or show disdain (as in the English version, “make the fig,” a gesture whose meaning is essentially the same as “flipping the bird.”).  The name “Figaro” and the occupation of “barber” play on these idioms, painting Figaro as someone who (like the youthful Beaumarchais) shows a contemptuous nonchalance toward the aristocracy.  Barber/surgeons were also commonly employed in grand homes in pre-Revolutionary France, which would explain why the Count employed a barber as a valet.  But as Beaumarchais had learned himself, and as the Count will learn in Figaro, it’s not safe to assume that in the 18th century the servant classes will dutifully toe the line and stay in their social “place”!
Materials by Luke Howard
Tags
Keep| the marriage of figaro|