The Creators of Carmen: Georges Bizet

COMPOSER
GEORGES BIZET (1838 – 1875)
Many music-lovers, asked to name some compositions by Georges Bizet, will hem and haw after they’ve mentioned Carmen.  You are at least 100% more knowledgeable if you attended Utah Opera’s production of The Pearl Fishers (Les Pêcheurs de perles) at the Janet Quinney Lawson Capitol Theatre in January 2015. Some of you may have gone to the cinema, a year later, to see the Metropolitan Opera’s new production, and it must have struck you as surprising to learn that a century ago the opera merited a mere three performances, despite a star-studded cast which included Enrico Caruso.
But Bizet is much more than Spanish gypsies and fishermen in Ceylon, the former name of Sri Lanka.    Let’s investigate! 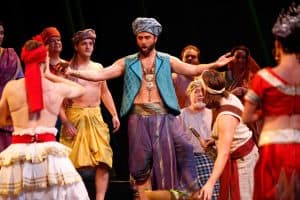 Les Pêcheurs de perles was commissioned by Léon Carvalho for his independent (i.e. not state subsidized) Théâtre Lyrique.  In 1862 Carvalho had been offered, as a sort of retiring gift by the Minister of Fine Arts, an annual grant of 100,000 francs, on the condition that he produce, each year, a three-act opera by a recent Prix de Rome winner who had not had an opera professionally produced.  Carvalho must have been aware of Bizet’s pre-Prix reputation, especially that the eighteen-year-old student at the Paris Conservatoire had won first prize in a competition organized, in 1856, by Jacques Offenbach (famous/notorious for Orpheus in the Underworld, with it infectious Can-Can;  and familiar to Utah Opera audiences who remember La Belle Hélène in 1993 and Tales of Hoffmann in 1989); and that  Bizet’s  one-act Le docteur Miracle had been produced at Offenbach’s Théâtre des Bouffes-Parisiennes in 1857. Carvalho must also have been aware that, post-Prix,  Bizet was on the verge of ineligibility, since the Opéra-Comique (which was required by its government subsidy to produce an opera by a recent winner of the Prix de Rome), had already, early in 1862, begun rehearsals of Bizet’s La guzla de l’Émir.   Luckily for Cavalho, his offer to Bizet of the libretto of Les Pêcheurs  encouraged the composer to withdraw the guzla score from the Opéra-Comique and nothing, as far as we know, has been heard from it since, though some of the music may have been recycled into later works.
But we must back-track to the Prix de Rome. Louis XIV established the prize in 1663 to subsidize French painters and sculptors while they lived and studied for a maximum of five years in Rome.  Music was added to the mix in 1803, with the stipulation that the winning composer submit to the French committee a new composition each year to justify the government grant.  As you might expect from a government-run competition, the list of unknowns far outnumbers those who subsequently composed anything worth remembering!  Hector Berlioz (the composer of Symphonie fantastique and La Damnation de Faust) was awarded the prize in 1830 – after 6 attempts!  Ambroise Thomas, the composer of Mignon and of a much-maligned Hamlet, won it in 1832. Seven years of nonentities led to Gounod’s (Faust and Roméo et Juliette) award in 1839. Eighteen years later, in 1857, the award went to Georges Bizet. 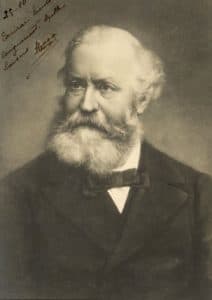 Who was born in Paris in 1838. Music was in his genes:  both parents were musicians, though his mother had a more respectable background as a pianist than his father, who had given up his career as a hairdresser/wigmaker to become a teacher of singing.  Georges proved such a prodigy that he was admitted to the Paris Conservatoire two weeks before he had reached the minimum age, which was 10.  Within six months he had won a first prize in sight-singing, which so impressed the retired, and gloriously-named, Pierre-Joseph-Guillaume Zimmermann, that he took on the boy as a private composition student.  At the tender age of fourteen Bizet was awarded a first prize for piano:  the kid was no slouch!  Zimmermann introduced him to his son-in-law Charles Gounod, and it’s safe to say that son-in-law had a more profound influence on the young composer than father-in-law!  Bizet prepared a reduction for four-hands-at-one-piano of Gounod’s opera La nonne sanglant and also of his First Symphony, which inspired the seventeen-year-old to try his own hand as a symphonist.  The resulting score was lost for almost eighty years and was first performed only in 1935. There are various performances available on youtube, but whichever one you listen to, I think you’ll be astonished by the sheer precociousness of this teenage genius. Zimmerman died in 1853 and Bizet enrolled in the composition class of another gloriously-named Professor:  Jacques François Fromental Élie Halévy.
The 20-year-old Prix de Rome winner arrived in Rome in January 1858. The composition he sent to the French committee at the end of his first year showed he respected neither tradition nor rules.  A setting of the Catholic Mass text was expected.  Bizet, instead, gave them Don Procopio, a two-act comic opera set to an Italian libretto. Luckily they liked it. The following year, he rejected various opera projects, abandoned two tries at a symphony and one at a symphonic poem; he suggested a choral work to the people in Paris: a setting of a Latin text by Horace, in praise of Apollo and Diana. The young man’s head was always full of ambitious projects, most of which never materialized.  The committee was happy to receive his 1859 submission: Vasco da Gama, a symphonic poem.  His plan, approved by Paris, to stay a third year in Italy instead of going to Germany, was thwarted by the news that his mother was seriously ill; his return to Paris did not absolve him from his annual contribution to the committee, though the three orchestral pieces he eventually submitted had been delayed by his family crisis. His final submission was the one-act opera La guzla de l’émir. 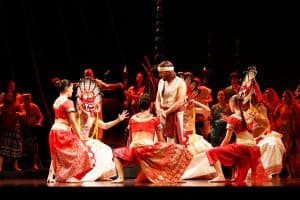 Various ailments – respiratory problems, throat infections, some kind of rheumatism – had been constant companions for much of Bizet’s life, and they can only have been exacerbated by over-work.    Yes, he was depressed by the critical reception of Carmen: hardly surprising, given the energy he had given not only to its composition, but also to its rehearsal process.  The day before he died, he signed a contract for its production the following October (a mere six months later), at Vienna’s Hofoper, which would require the original dialogue to be turned into sung recitative. And there is evidence he planned to do that himself – though I’ve read nothing about who would condense the dialogues into recitatives.   In addition, he was already planning his next composition:  Geneviève de Paris, and sat in on some of César Franck’s organ classes at the Conservatoire in early 1875 to learn something of the (to him) unfamiliar world of sacred choral music. In May he received the final text of the oratorio just before he left with his family for Bougival, a village on the river Seine north-west of Paris, which seems to have been a favorite resort of artists, for the great singer Pauline Viardot had a house there, as did Ivan Turgenev, her Russian lover; and both Monet and Renoir painted scenes from the surrounding area. On May 29, Bizet enjoyed a swim in the river. Two days later he had a heart attack, followed by another, on June 3, which killed him. He was buried two days later in Paris. The planned recitatives for performances in Vienna, and beyond, not to mention the proposed Geneviève, do not suggest a composer wilting under the criticisms of a Parisian press for whom he had, anyway, little respect.  It seems to me more likely that Bizet, after his vacation at Bougival, planned to return home refreshed and excited to work on his upcoming projects. The tragedy for him is that he didn’t;  the tragedy for us is that he didn’t. Who knows the effect Bizet would have had on French music as a whole, and French opera in particular, had he lived his biblically-ordained four-score and ten years. But then we could raise the same lament for Mozart (35); Schubert (31); Mendelssohn (38); and many others.
©Paul Dorgan