Don Giovanni, Mozart, and Lust in the da Ponte Trilogy

Wikipedia isn’t always the best place to begin inquiring about a topic.  But in the case of Mozart’s 1787 opera Don Giovanni, Wikipedia offers a delightfully succinct (and unexpectedly accurate) synopsis for the opera:
Don Giovanni, a young, arrogant, and sexually promiscuous nobleman, abuses and outrages everyone else in the cast until he encounters something he cannot kill, beat up, dodge, or outwit.
It’s clear that this story is not about a good person, but the tale of Don Giovanni certainly provides plenty of fodder for good opera, and Mozart was more than up to the challenge. 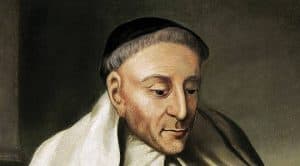 The legend of Don Juan, the notorious Spanish womanizer, had been around for more than 150 years by the time Mozart took up the story.  A product of the Golden Age in Spain, it was first published in a dramatic version by Tirso de Molina (1579-1648), a Spanish monk and playwright.  In this version, the story’s original moral was to demonstrate the need for all people, not just Don Juan, to turn immediately from sinful, immoral ways and embrace upright living.  In this play (as in the story’s later versions), death-bed repentance—or no repentance at all—is clearly insufficient, and sinful behaviors will eventually catch up with the sinner.  Death is the great leveler.
There was little sympathy for Don Juan in Tirso de Molina’s play, and even less prurient interest in his particular modes of debauchery.  But as the story was later turned into numerous plays, operas, ballets, pantomimes by Molière, Gluck, and others in the 17th and 18th centuries, it also accrued a kind of voyeuristic interest among audiences as to what exactly Don Juan was up to.  After starting out as a kind of parable, it turned into a popular story in which the details of Don Juan’s sexual prowess were just as fascinating as the question of whether he would repent or not.  These embellishments and alterations would lead to a much-expanded version of the Don Juan legend that inspired Mozart’s work.
In Mozart’s day, the general lesson of the Don Juan story was tempered somewhat by an increasing acceptance of extra-marital sexuality as a normal part of aristocratic life.  Don Giovanni still suffers for his “sins” at the end of the opera, but the defining difference was in the quantity, and not so much the quality, of his sins.  He had simply gone too far in his pursuit of pleasure, and without sufficient remorse, whereas a more moderate approach to sexual dalliance might have been more acceptable to Mozart’s audience.  It certainly seemed to be the case with Mozart’s librettist for Don Giovanni, Lorenzo da Ponte. 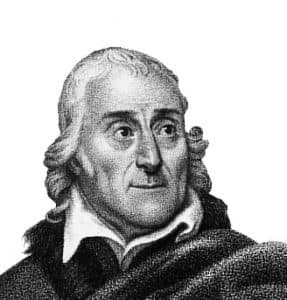 Don Giovanni was da Ponte’s second collaboration with Mozart, after The Marriage of Figaro the previous year.  (A quick aside here—technically, the story of Don Juan takes place in Seville, the very same city in which Figaro is set.  But da Ponte’s libretto for Don Giovanni states only that the story unfolds in “a city in Spain.”  It might have been a bit too much for Mozart and da Ponte to have consecutive operas set in exactly the same foreign city, no matter how exotic and alluring Seville must have seemed to the Viennese at the time.)   From Figaro to Don Giovanni, and on through the third opera in the “da Ponte trilogy,” Cosí fan tutte (1790), there is an underlying consistency of theme that not only drew directly on da Ponte’s own life experiences, but in the case of Don Giovanni, also has a possible connection with one of the most notorious womanizers of the 18th century, Giacomo Casanova.
Lorenzo da Ponte was born Jewish in Venice.  When he was a teenager, he was compelled by his father (along with all his siblings) to convert to Roman Catholicism, ostensibly because his father wished to remarry.  Though da Ponte subsequently studied at a seminary and was ordained a Catholic priest, he took a mistress, lived in brothel in Venice, and was found guilty of “public concubinage.”
Through a connection with Antonio Salieri, da Ponte eventually moved to Vienna in the mid-1780s and almost immediately found a new mistress, the opera singer Adriana Ferrarese.
In 1791, da Ponte moved away from Vienna with yet another companion, Nancy Grahl (with whom he eventually had four children, though never married), working for a time in London before settling in the United States and becoming a US citizen.  Here he helped found the forerunners of the Academy of Music and the Metropolitan Opera in New York. So when da Ponte conceived of an opera libretto based on the themes of lust, love, and broken promises, he wrote from extensive first-hand experience, and perhaps even with some sympathy for Don Giovanni. 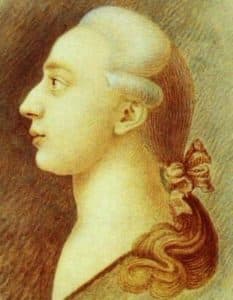 As early as 1777, da Ponte had fostered a long-lasting friendship with the legendary philanderer Giacomo Casanova.  By 1787, Casanova  was living in Bohemia, writing his memoirs, and working as a librarian to Count Waldstein (and presumably, at the age of 62, not as promiscuous as he once was!).  In the fall of 1787, Mozart was in Prague working on the score for Don Giovanni, tweaking details and at the last minute—almost literally!—still working on the overture less than 24 hours before the premiere.  A few days before the premiere, however, da Ponte was called back to Vienna.  It’s possible that Casanova, who was in Prague at the time,  worked on tweaking the libretto for Don Giovanni under da Ponte’s instructions as Mozart was putting finishing touches to the opera.  Many years later, after Casanova died, draft fragments in his own handwriting from Act II of the libretto for Don Giovanni were found in his papers, suggesting to many scholars that he might have had a hand in its completion.
It’s intriguing to think that Casanova himself might worked with Mozart on Don Giovanni.  It’s also possible that he attended the premiere of the opera in Prague, where he could have weighed his own exploits against those of the fictional protagonist of the opera, comparing notes on seduction techniques, and assessing Don Giovanni’s skill at both playing sexual games and avoiding their consequences.  Nobody knows for sure if Casanova attended the opera in Prague, but if he did, “you can bet,” Don Henahan wrote in the New York Times in 1985, “he would have known how to add Zerlina to his catalog.”
The memoirs of both Casanova and da Ponte are strikingly similar in the way they revel in their own sexual exploits, fueled by an exaggerated virility and a sharp delineation of gender roles that was very much a product of their time.  Neither of them were all that different from Don Giovanni in their views of sexual morality.  It is somewhat ironic, then, that in the opera Don Giovanni is made to suffer eternally for behavior that, in Mozart’s and da Ponte’s day, was actually celebrated by the very classes of society that attended and supported the opera. It suggests a dual standard that gives the opera much of its delicious ambiguity and interpretive depth.
It’s not too much of an overstatement to claim that sex and seduction drive the plots of most of Mozart’s best-known operas and stage works.  Starting with The Abduction from the Seraglio in 1782, Mozart produced a stream of highly entertaining and vivid portrayals of the tensions between earthy lust and elevated, honorable love, set against the backdrop of highly politicized periods and scenarios.
In each of the three da Ponte operas, then, this anxiety about sex and idealized love takes place against the framework of a much bigger story, the collapse of well-defined eras of social and political systems.  In The Marriage of Figaro, an “enlightened” Count considers reinstating the feudal law (the “droit de seigneur”) that would allow him to legally bed Susanna, his wife’s maid, on the night of her wedding to his own servant, Figaro.  That he is tricked into giving up this plan—and what’s more, tricked by his own servants as they conspire to deceive the aristocracy—is a reminder that another old order in Europe was about to give way.  Though the story of The Marriage of Figaro was set safely in the 17th century, the themes centering on a servant class outwitting the aristocracy were very contemporary. Social and political revolution was in the air.
Similarly, in Don Giovanni, the opera’s premise is built around a feudal order that allowed a nobleman to seduce anyone he pleased, usually without significant legal or moral repercussions. Don Giovanni’s demise at the very end of the opera, then, signals not so much the emergence of a new morality as the failure of the old political systems and the moralities that accompanied them.  The localized and interpersonal nature of sexual politics in this opera functions as a broad symbol of the cultural and international politics of the late 18th century.
Tirso de Molina (1579-1648)
Lorenzo da Ponte (1749-1838)
Giacomo Casanova (1725-1798)
Tags
don giovanni| Keep|