5 Things You Might Have Missed from 40 Days of Opera

These 40 days were filled with opera-tunities that engaged public school children, college students, and communities from Logan, Salt Lake City, and Park City. All of the events culminated in a fundraising gala with Renée Fleming and Utah Opera’s production of La bohème. 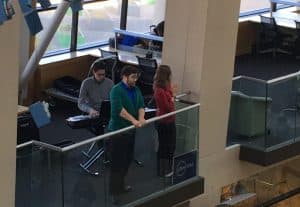 The Utah Opera Resident Artists and local opera singers offered Random Acts of Opera as part of the festival. These 15- to 30-minute performances happened at the Autumn Aloft in Park City, Moka’s locals-only event at the Marmalade Library, the Salt Lake Public Library, and the Downtown Farmers Market.

For the 40th anniversary gala in support of our educational programs, Utah Opera featured international opera star Renée Fleming, the Utah Symphony, and The Utah Opera Chorus led by Richard Bado from Houston Grand Opera. One of the highlights of Renée’s performance was her duet with Utah Opera Resident Artist Christopher Oglesby. They even waltzed around the stage! 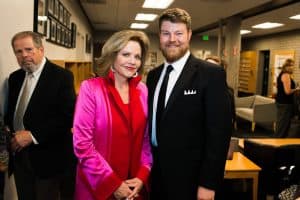 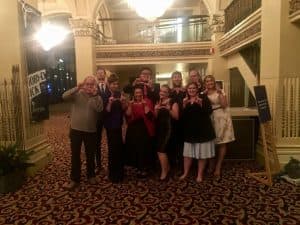 Every year Utah Opera’s Resident Artists perform a variety of school programs targeted at public school children grades K-12. They will perform their program “Who Wants to be an Opera Star?” around 150 times throughout the year. Throughout the 40 days, they premiered all four of their school programs for 2017-18 and toured the Cache Valley schools.

Utah Opera’s first ever production was La bohème in January 1978, featuring founder Glade Peterson as Rodolfo. Utah Opera opened the 40th season with our 7th production of La bohème in recognition of this opera’s role in our history. Surrounding this production, many special events were planned including an opening night party on the Janet Quinney Lawson Capitol Theatre’s roof, our Opera-tunity night for high school students, and plenty of social media posts.

For a complete listing of events and pictures, visit us here.