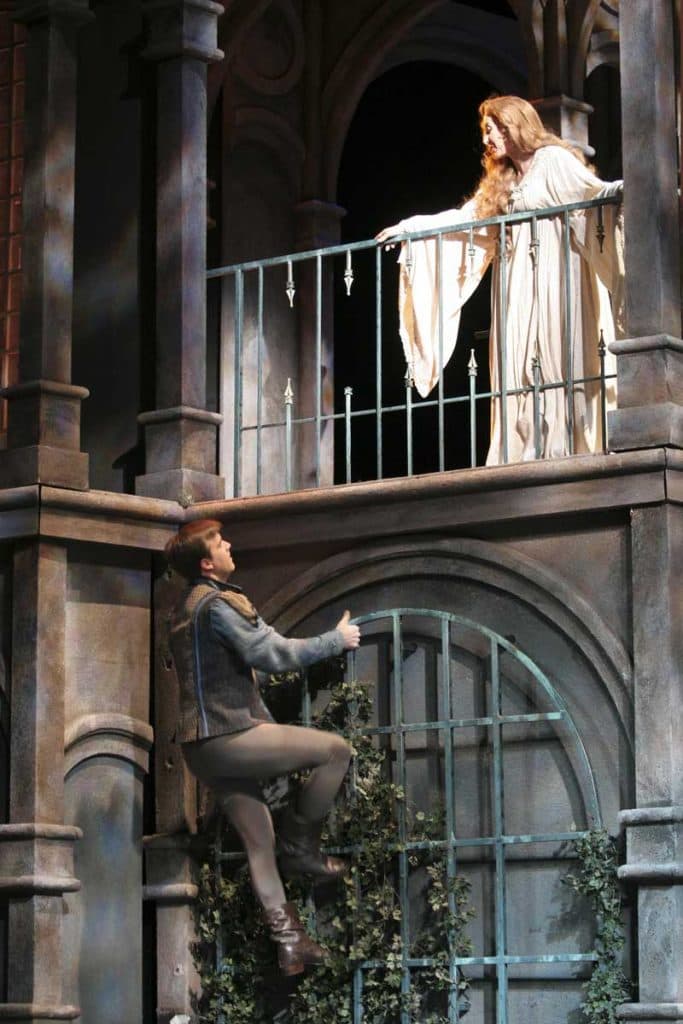 Romeo and Juliet’s omnipresence in the theaters, opera houses, and cinemas over the centuries has cemented it as THE quintessential tragic love story. The balcony scene alone has become a pervasive cultural trope for romance and seduction. Yet the ideal of romantic love depicted in the play was itself the result of centuries of development, and it of course continues to be reinterpreted and adapted according to cultural and social shifts in the centuries since its premiere. Although a full accounting of the history of love, sex, and romance in the West is completely beyond the scope of a little online lesson about opera (you might have to go to Foucault’s massive History of Sexuality for that!), we can explore some of the direct influences on Romeo and Juliet from Classical antiquity and the medieval period, consider its increasing appeal for Gounod’s audiences in the 19th century, and touch on a few 20th century adaptations.

Like most of Shakespeare’s dramas, Romeo and Juliet is itself an adaptation of existing works and the result of centuries of literary love stories and tragic romances stretching back into antiquity. Its oldest model is the myth of Pyramus and Thisbe that is included in the Roman poet Ovid’s Metamorphoses, a hugely influential narrative poem first published in the year 8 CE. Pyramus and Thisbe are young Babylonian lovers whose houses share a wall, and they whisper their love through a crack in the wall because a feud between their parents stands in the way of any marriage. They arrange to meet under a mulberry tree, but Thisbe is scared away by a lioness that has a bloody mouth from a recent kill, and she leaves her veil behind in her haste. Pyramus arrives later and upon seeing the scarf, torn and bloody from the lion, he assumes that Thisbe has been killed by a wild beast and falls on his sword. His blood splashes on some white mulberry fruits and stains them dark. Thisbe returns and finds Pyramus’ body and also commits suicide with Pyramus’ sword. In the end, the gods change the color of mulberries to dark red in order to honor their love. 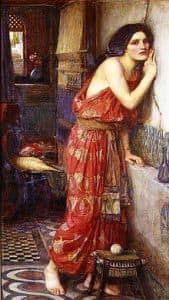 Even though pagan works of Ancient Rome and Greece faced some resistance as Europe Christianized over the following centuries, Metamorphoses remained incredibly popular into the medieval period and survives today in a number of manuscript sources. As a result, Metamorphoses had a vast influence on the development of European literature as a whole, particularly in the works of medieval and early modern English authors like Geoffrey Chaucer, William Shakespeare, John Milton, and Edmund Spenser, and the Italian poet Giovanni Boccaccio. The star-crossed lovers theme specifically echoes throughout medieval literature, particularly in the Anglo-Norman story of Tristan and Iseult, whose adulterous love is the result of ingesting a love potion, and the affair between the knight Lancelot du Lac and Queen Guinevere as told in the French poet Chrétien de Troyes’ poem Lancelot, the Knight of the Cart (c. 1177). Indeed, the vast corpus of chivalric romance literature that flourished in the late Middle Ages further evidences the tale’s influence (although I suppose we could also just admit that star-crossed lovers make for a dramatic and passionate story no matter the source).

The themes and tropes of romantic love were developed further  in “courtly love” or fin’amor poetry and literature, which was cultivated primarily by French troubadours in the 11th–13th centuries. However, fin’amor poetry is typically much more one-sided than the mutual pinings that drive tragic couples like Romeo and Juliet. The fin’amor poet typically depicts a married aristocratic or royal lady as a quasi-deified figure before which he performs a kind of worshipful self-debasement. She either ignores him or rejects his affection and he suffers pangs of lovesickness as a result. If the poet is a knight, he will quest in her name as a way to seek her favor. In some examples, the poet and the lady do ultimately embark on a affair, as in Lancelot, Knight of the Cart. However, it is not entirely clear whether the literary trope of male supplication ever extended into real life, especially considering that within feudal culture even royal women were essentially objects for matrimonial exchange. The medievalist Sarah Kay has argued that courtly love is perhaps better understood as a literary expression of the social tensions inherent in royal and aristocratic court life. (Kay 2000)  Of course, such social tensions also run through the plot of Romeo and Juliet, although their love is doomed because of familial feuding rather than issues of social class and tradition. But even if fin’amor literature was perhaps not a reflection of real life, the traditions of chivalric love poetry deserve significant credit for popularizing the very idea of romantic love and animating many prevailing Western cultural traditions and attitudes around love, seduction, and normative gender roles.

Shakespeare borrowed many of his play’s plot points from Arthur Brooke’s The Tragical History of Romeus and Juliet (1562), which was itself an adaptation of a number of Italian sources dating back nearly a hundred years prior. Further, the story of Romeo and Juliet also appears in William Painter’s Palace of Pleasure, a collection of translated Italian stories published in 1567 that Shakespeare was likely familiar with. There was evidently a trend at the time for English writers to publish works based on Italian sources, which also filtered into music with the publication of Musica Transalpina in 1588, a collection of Italian madrigals with English lyrics that sparked the English madrigal’s period of popularity.  In any case, Shakespeare built his Romeo and Juliet from the available English publications of the story, although he added in a number of details, subplots, and fleshed out the minor characters. Although the first date of performance is not known, the First Quarto (1597) notes that it had seen numerous performances. It remained a mainstay of the Shakespearean repertoire and stayed popular into the 17th and 18th centuries, apart from the period between The English Civil War (1642) and The Restoration in 1660 in which theatre was banned in England. As with many other dramatic works, the play was also often altered to suit local censors and audiences. 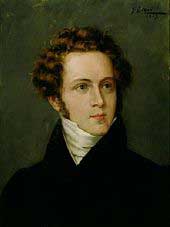 For 19th century writers and composers like Gounod, Romeo and Juliet continued to offer fertile creative ground. Indeed, by the time Gounod got around to it there had already been several successful operatic adaptations by the Italian composers Zingarelli (1796), Vaccai (1825) and Bellini (1830), along with a singspiel by the Czech composer Georg Benda that omitted many of the minor characters and gave the play a happy ending. Hector Berlioz’s radical 1839 choral symphony Roméo et Juliette also proved to be incredibly influential, not least on Richard Wagner and his opera Tristan und Isolde. And of course, following on the heels of Gounod’s opera was Tchaikovsky’s famously emotional and dramatic symphonic poem that found its final version in 1880. These adaptations of Romeo and Juliet were also of course only one facet of a general enthusiasm for Shakespeare among composers, artists, and audiences across Europe and the United States in the 19th century.  Standard theatrical productions of Romeo and Juliet were incredibly popular, and the title roles typically served as star vehicles for famous actors. Perhaps the best example of Shakespeare’s popularity (at least in the USA) comes from Mark Twain’s 1885 novel Adventures of Huckleberry Finn, in which one of the characters performs a parody of Hamlet’s famous soliloquy (“To be or not to be, that is the bare bodkin that makes a calamity of so long life…”). Twain turns it into an absurdist pastiche that mis-orders Hamlet’s original soliloquy and interpolates other lines from Hamlet along with pieces of Macbeth and Richard III. The simple fact that Twain could assume that his readers would understand the jokes is a testament to Shakespeare’s popular currency at the time.

The story of Romeo and Juliet also likely appealed to 19th-century composers, artists, and writers for ideological reasons beyond the simple dramatic potential of the play.  The rise of Romanticism in the latter decades of the 18th century plays a significant part. Although Romanticism encompasses a wide variety of expressions and influences, many of its themes emphasize a certain radical individuality that often flies in the face of social convention. In many of these examples, the the character’s individuality is marked by an excess of emotion and passion, and this serves to alienate the character from society and often destroys him (and it’s almost always a man). This kind of character is clearly seen in Goethe’s The Sorrows of Young Werther and in other novels like Emily Brontë’s Wuthering Heights, not to mention Hamlet, and it makes its way into a number of musical works like Winterreise and Symphonie Fantastique. Although Romeo perhaps doesn’t entirely fit into that mold, there was almost undoubtedly a similar transgressive appeal in his and Juliet’s flaunting of parental authority and social norms in order to be together.

Shakespeare’s appeal for Romantic era artists, authors, and composers could also be considered alongside a more general 19th-century enthusiasm for anything that could be connected with the medieval period or the Renaissance. Indeed, one of the major animating forces behind Romanticism is a pervasive sense of nostalgia, particularly for childhood but also for previous eras that were imagined to be more emotionally authentic than the present. Excellent examples of this sort of medieval nostalgia would be the Keats poem La belle dame sans merci (1819), a medievalist ballad in which a knight is seduced and fatally enchanted by a beautiful “faery’s child,” Wagner’s Tristan und Isolde, and the tendency of wealthy European landowners to erect fake ruins on their property. For Romantics, the past offered a sense of comfort and refuge from the ever confusing and complicated present, which for them would include repeated waves of democratic revolutions, the Industrial Revolution, and growing urbanization. Romeo and Juliet’s feudal and aristocratic trappings undoubtedly tapped into this nostalgia, as would many of Shakespeare’s other works, and their familiarity undoubtedly provided a sense of stability. Indeed, for those of us living in the 21st century, the past continues to be a nostalgically imagined as a place of stability and order, somehow magically free of the complexities and anxieties of Now. 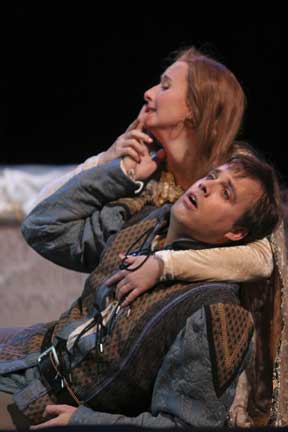 Enthusiasm for Romeo and Juliet never waned during the 20th century, and there have been several notable film adaptations. Probably the most famous is the sumptuously sensual and controversial 1968 Franco Zeffirelli film, along with its accompanying score by the legendary Italian film composer Nino Rota. For those of my generation, Baz Luhrman’s 1996 adaptation starring Leonardo di Caprio and Claire Danes (and featuring music by Garbage and Radiohead) is a touchstone of 90s MTV nostalgia. I imagine that millennials probably feel similarly about the 2006 adaptation High School Musical. The story of two star-crossed lovers has also been an effective vehicle for exploring ethnic tensions, as in Leonard Bernstein’s West Side Story and the 1987 film China Girl. Further, given that Romeo and Juliet is the quintessential heteronormative love story, it has also been fertile ground for critical adaptations that have been “queered” through gender-flipping and same-sex or non-binary casting. As with many of Shakespeare’s dramas, the bones of the play are such that they can continue to support a multitude of adaptations and reimaginings of all types. And as conceptions and conventions of love and romance evolve, Romeo and Juliet will evolve as well.