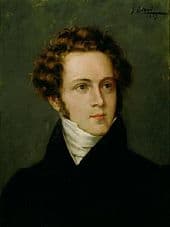 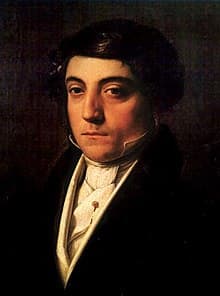 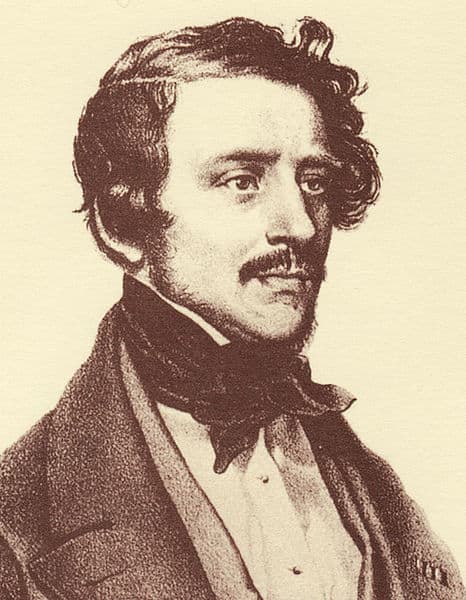 This production of Norma marks the first time Utah Opera has given us an opera by Vincenzo Bellini (1801 – 1835) – nothing like starting with his greatest score!  That doesn’t mean, though, that the company has neglected his two other Italian partners in the crime of composing bel canto operas (yes, there are some misguided folk out there who think these works are unworthy of their attention; and to them I say “Go to Bayreuth!”)   Il barbiere di Siviglia by Gioacchino Rossini (1792 – 1868) has been seen in five seasons; La Cenerentola and L’Italiana in Algeri have each been produced twice.   Lucia di Lammermoor leads the list of the operas by Gaetano Donizetti (1797 – 1848) produced here, tying Barbiere with five productions;  Don Pasquale and L’elisir d’amore each appeared in two seasons; his great Maria Stuarda (and I know it’s great because I played the rehearsals!) received but one performance, in 1993, by the members of what was then known as the Young Artists’ Program.

So, now that you know you know bel canto operas, I should probably explain what the term means, and that it came to mean two different, though related, things, will be explained below.

A literal translation of bel canto means “beautiful song.”  But surely we hope for that whenever we hear a singer sing anything, whether it be by Monteverdi, Bach, Donizetti, Verdi, Puccini, Strauss, Wagner, Bellini, Britten, Berg, or George Crumb.   Unfortunately, not always: how many Wagner and Strauss operas have we sat through listening to the singers bark their way through their roles!  And yet Wagner considered Norma “…the richest in the profoundly realistic way in which true melody is united with intimate passion.”  And let’s not forget that the singers Wagner worked with, at least in his early days as a conductor in various minor German theatres, would have been trained in this technique.

The term appears first in late 17th-century Italy, but it became more widely used/accepted in the middle of the next century with the operas of Handel (you may have seen Giulio Cesare in 2004); Glück (Orfeo e Euridice in 2000); and Mozart (who’s made regular appearances here over the years); not to mention a host of lesser-known folk.   And with the ascendency of the castrated male singer; who, when his performing days were over, taught the next generation of singers.   At that time the ideal of bel canto consisted of training the student in a number of elements:

Which training:  learning how to sing each vowel, purely, on every note within the individual singer’s range is amazingly difficult (try it and I’ll bet you’ll be surprised at how difficult it is!), began with the text: treating it as if the singer were a great orator.  Each punctuation mark was to be given its own space: a comma, for instance, would be given a beat, and so on up to the period, which would receive four beats before continuing.   And, as with any great public speaker, some phrases of the text would be hurried through while others would be lingered over for emphasis.   Hence what we musicians call “rubato.”  One of my piano teachers used the phrase “robbing Peter to pay Paul” – slowing up in certain phrases followed by a quickening back to the basic tempo, or the opposite.

In 2013 Robert Toft published Bel Canto: A Performer’s Guide, an astonishing book backed up by his meticulous research into writings of the period:  treatises on singing; newspaper reports of performances; published music which notated how certain singers actually sang “Songs taken from the Great Composers”  – or whatever the volumes were called.   He even transcribes a recording of Mozart’s “Voi che sapete” from Le nozze di Figaro made around 1906 by the great soprano Adelina Patti (1843 – 1919), whom Verdi considered one of the finest singers ever and a “stupendous artist.”  Let me just tell you that if a singer today sang the aria à la Patti she would be severely criticized!  Toft’s book is too technical for the general reader, but consider one of his statements: the notes written down by the composer are only a guide.  Which, the inference is, should not be slavishly adhered to!  Any one of you who has studied an instrument knows how hard it can be to get the notes and rhythms right, and how mean and nasty some of your teachers may have been when you didn’t!  How times have changed!!

Today we’ve narrowed the genre down to contain only Rossini, Bellini and Donizetti.  But that’s a mistake, because the singers of those earlier composers’ works were trained in that tradition and would have used the text, as Madame Patti did, to vary the composers’ notation.

For us, Handel is a “Baroque” composer, and most of his arias were expected to be in an A-B-A form, where the first section (A) is sung as the composer sketched out, though with the Toftian alterations; the B section would also be sung this way; but since opera is a forward-moving drama the repeat of the A section must show that progression, so the vocal line must be varied to express an emotion different from its first appearance.   One of the problems with producing Handel’s operas today is the preponderance of these so-called da capo arias. If they were all included, the evening would last at least as long as a Wagner opera, and we know that Wagnerian audiences are a special bunch, happy to sit for hours on the wooden seats of Bayreuth! It would be interesting to look at the score of Utah Opera’s 2004 production of Handel’s Giulio Cesare to see how the production coped with that problem.    Sometimes arias get the whole A-B-A treatment, which allows for a varied A; sometimes we just hear the A section.   Hopefully we will never have to endure such elaborate ornamentation of one of Handel’s singers who, after an especially long cadenza, was told by the composer, who was conducting, “Welcome home!”

Increasingly frustrated by the vocal excesses of singers who delighted in their own florid expressions of their vocal brilliance, Christoph von Glück, wrote a ground-breaking score in 1762. Orfeo e Euridice (Utah Opera, 2000) concentrated on the central characters; the text had little repetition, resulting in a clearer expression of it;  no “da capo” arias, which reduced the opportunities for the singer to show off; and simpler, more flowing vocal  lines. The only aria which can be ornamented (and then only slightly) is Orfeo’s beautiful lament “Che faro senza Euridice.”

Mozart is another composer not usually included in a discussion of bel canto operas; one wonders why, for certainly his singers would have been trained in that technique.  Nor do today’s singers ornament his arias, though there’s no musical reason why they shouldn’t, except for that virtually undefinable word “taste.”  In 1965, at London’s Sadlers Wells Opera (now English National Opera), Sir Charles Mackerras conducted a production of “The Marriage of Figaro” (operas there are sung in English) which tried to recreate the score as it might have been performed in Mozart’s time; the results, apparently, were mixed, and Mackerras later admitted that he sometimes went too far with his ornaments and decorations.

Which brings us to the three Italians Rossini (1792 – 1868); Donizetti (1797 – 1848); and Bellini (1801 – 1835).   Bel canto now broadens from being just a vocal-method and style of singing to encompass the actual composition of an opera.   With Handel and Mozart the orchestra is an equal partner with the singers’ arias, and you’re never aware of it as a mere “accompaniment”;  sometimes both composers will add a solo instrument to mirror the vocal line:  think of the trumpet in “The trumpet shall sound” from Messiah; or the clarinet in Sesto’s “Parto, parto” from Mozart’s La clemenza di Tito.  But in virtually all of the arias of our Italian trio (now there’s a sweeping generalization for you!) the orchestra, despite what it might do in the introductions; interludes; and play-outs, is merely an accompanist, playing basic arpeggios (Nemorino’s “Una furtiva lagrima” from Donizetti’s L’elisir d’amore) or an oom-chuck-chuck figure (which Verdi was not ashamed to use in many sections of La Traviata in 1853).

In 1858 Rossini lamented the loss of “our bel canto” – times had changed and what had once been the tenor’s high notes (and some of Bellini’s are especially high) sung in what seems to have been a type of falsetto (guys: imitate a soprano, and you’ll hear what I mean!) became beyond their reach because of Gilbert Duprez, a French tenor who figured out a way to sing a high C from his chest register, sounding, of course, more exciting.  Rossini was not impressed: when the tenor visited him he was told to leave his “chest C at the door.”  Which brings us to a possible reason why we’ve been deprived of a Bellini opera:  the tenor problem.   The composer writes notes which are higher than most of today’s tenors are comfortable with, either in his falsetto/head voice, or in his “chest C.” Rare are those tenors who can cope with the notes Bellini wrote, while appealing to our sense of musical and dramatic “rightness”!

Orchestra players are not greatly enthused to have to play these bel canto  scores because, on the page, they present few technical challenges.  True.  Which can be, and are, surmounted by diligent practice.  But no amount of that can prepare the player for the different ways in which the tenor, for example, may decide, on a given night, to move ahead here, or slow down there: the players’  ears, rather than their technical ability to play the written notes, become more essential to the performance – their eyes too, as they follow the conductor, whose beat, hopefully, will reflect those random changes.  Some lovers of Wagner, Puccini, and Strauss may wish for a richer texture from the orchestra.  But that ignores the whole raison d’être for these basic accompaniments.

In the operas of our Italian trio, particularly their “serious” ones, the entire emotional content of the aria is contained in the vocal line, and nothing coming from the orchestra must be allowed to distract from that.  Think of Nemorino’s “Una furtiva lagrima,” which I’ve mentioned above: the orchestra adds little to the tenor’s emotional state; it’s the voice alone which conveys his feelings.  Of course the orchestra can be, and often is,  noisy and richly-textured during the Overtures and Interludes; and also when the chorus is in full cry.

Bellini’s Norma gives us many examples of both kinds of accompanying.  What it also gives us, especially in the arias of the heroine, is example after example of the composer’s genius for writing sublime melodies whose phrases seem to be never-ending.  Check back to the opening of this essay where I list the main elements of the bel canto style; you’ll find them all in this score.  No wonder, then, that many people consider Norma the greatest of the bel canto operas; and the title role the Mt. Everest for a soprano.