Silent Night is composer Kevin Puts’ first opera. Born in 1972, Puts has been hailed as one of the most important composers of his generation. Critically acclaimed for a richly colored, harmonic, and freshly melodic musical voice that has also been described as “emotional, compelling, and relevant,” his works, which include two operas, four symphonies, and several concertos, have been commissioned, performed, and recorded by leading orchestras, ensembles and soloists throughout the world.

Silent Night was premiered by Minnesota Opera in November 2011, and marked Puts’ debut in the genre of opera and vocal works. Commissioned by Minnesota Opera with a libretto by Mark Campbell, the full-length opera is based on the 2005 film Joyeux Noel. Heralded as “breathtaking” and “a stunning emotional experience,” Silent Night has since been produced and performed at Opera Philadelphia, Fort Worth Opera, Cincinnati Opera, the Wexford Opera Festival, Calgary Opera, Opera de Montreal, and the Lyric Opera of Kansas City, with upcoming productions at Atlanta Opera, Opera Santa Jose, and Michigan Opera Theatre.

Puts’ second opera also has a background of war and international politics, and shares its subject with feature films, yet it contrasts markedly with Silent Night. It is the geopolitical and psychological thriller The Manchurian Candidate, based on the novel by Richard Condon. The opera is also a collaboration with Mark Campbell, whose work as a librettist has put him at the forefront of the current contemporary opera scene in the U.S.. 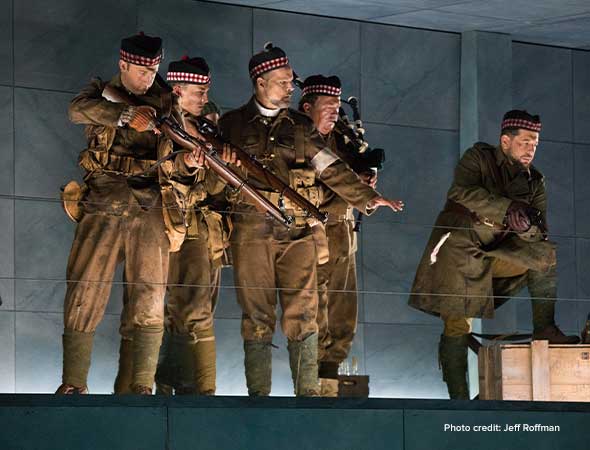 A prolific writer, Campbell has produced twenty-eight opera librettos, lyrics for seven musicals, text for five song cycles, and an oratorio. His stage works have been performed at more than sixty venues around the world. His collaborators comprise a roster of the most eminent composers in classical music, including three Pulitzer Prize winners.