Based upon the novel Thaïs by Anatole France

Background of the Opera

During the period between the death of Georges Bizet in 1875 and the premiere of Claude Debussy’s revolutionary Pelléas et Melisande in 1902, Jules Massenet was the most esteemed composer of French opera. He remains one of the most popular, and from our modern vantage point, it’s easy to think that he was predestined to fulfill that role in music history. But his path to success was far from assured: Born in 1842, he was the last of twelve children, and though his family was solidly bourgeois, the business operated by his father — a foundry — failed. 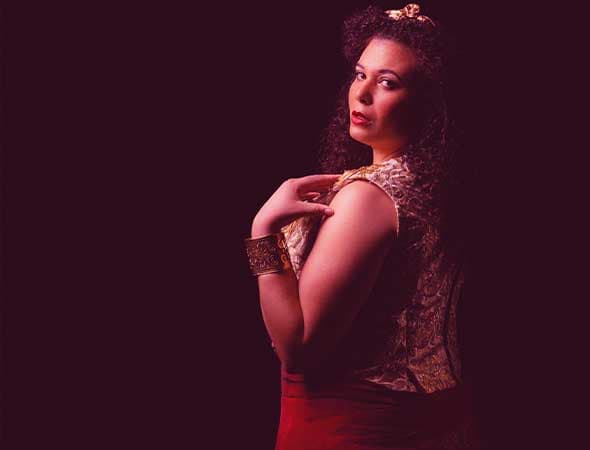 Fortunately, Jules’s mother was an accomplished musician and gave piano lessons to supplement her household’s income. With young Jules among her pupils, his talents were quickly evident, and he was admitted to the Paris Conservatory at age 11. By then he was already so determined to find a vocation in music that when his family relocated from Paris the following year, he ran away from home to get back there; thanks to an aunt who intercepted him by chance at the railway station in Lyon, he was able to return to his studies at the Conservatory. There his instructors included two of the most illustrious French opera composers of the day, Ambroise Thomas and Charles Gounod.

Like many of France’s most illustrious composers (including Bizet just six years earlier), Massenet won the Prix du Rome as a new Conservatory graduate. The award, France’s highest honor for young composers, provided a two-year stipend for travel and study, and was specifically intended to nurture future star-quality composers. But his early works for the lyric stage — operas such as La grand’tante, La coupe du roi du Thulé, Esmeralda (based on Victor Hugo’s The Hunchback of Notre-Dame), and Manfred (based on Byron’s narrative poem) — were only modestly successful. Arguably, Massenet’s period of operatic greatness began in 1884, when he was in his early forties, with Manon — although in recent years, the 1881 Herodiade has earned renewed appreciation .

Thaïs, too, has won reconsideration lately. It fell into obscurity after Massenet’s lifetime, in part because the prodigious title role is so difficult to cast, and in part because a casual production can come off as kitschy costume drama. New York’s Metropolitan Opera mounted it in 1978 as a vehicle for Beverly Sills, and again thirty years later for Renée Fleming. Even then, New York Times critic Anthony Tommasini asserted that “The only reason to produce this ultimate star vehicle today is that a company has a genuine star who wants to sing it.”

Many of Massenet’s contemporaries — and many of ours — would disagree. Massenet’s source for his opera, the Anatole France novel Thaïs (1890), is far from naïve; it is a blistering parable of religious hypocrisy. (In fact, Anatole France won the Nobel Prize for literature in 1921.) Massenet’s adaptation presents us with a compellingly stageworthy study of two strong, complex individuals who are destined to shape each other’s fate. Each is on a spiritual journey, but they are headed in opposite directions, and Thaïs’s redemption ultimately becomes the monk Athanaël’s undoing.

We find the forebears of the courtesan Thaïs throughout literature as “convertites,” prostitutes who undergo religious conversion and withdraw into a “house of convertites,” finishing their lives in seclusion and extreme piety. Thaïs is an especially dazzling example. The opera depicts her as wealthy and irresistibly beautiful, living in fourth-century Alexandria at the height of her success as a courtesan, but it also finds her at a moment when she foresees the eventual decline of her powers. Despite all manner of vocal splendor in her singing, the most famous music in Thaïs is not sung; it is the ravishing Meditation, a violin solo in which we hear her contemplation of her life’s meaning along with hints of Athanaël’s conflict between religious devotion and carnal desire.

The story of Thaïs and Athanaël echoes as far back as the Gospel of John and the parable of Jesus’s meeting with the Samaritan woman at the well. More recently, Somerset Maugham’s 1921 treatment of their story, set on a Pacific island, was first published in a 1921 magazine and then became a successful play. That, in turn, gave us the Hollywood version in 1932. The on-screen convertite is the notorious Sadie Thompson, unforgettably portrayed by Joan Crawford. Walter Huston plays Alfred Davidson, the hypocritical preacher who converts her. In this bitingly ironic version, Davidson dies as a suicide and Thompson reverts to her former ways.

Massenet and the Mystique of French Opera

Evolving operatic tastes in Massenet’s day left French opera composers in a kind of limbo. No venue for opera was grander than Paris, but the conventions of grand opera ran counter to French musical traditions, which exalted elegance, restraint and orchestral expressiveness achieved without bombast. Meanwhile, Wagner’s operas had taken hold, giving German opera a new emphasis in the world’s opera houses, while the shockingly explicit Verismo school was changing the face of Italian opera.

In the U.S., New York was the center of operatic influence and taste, and the Metropolitan Opera opened its doors in 1883, a scant decade after the Paris premiere of Thaïs. Attendance at “the Met” was a must for A-list New Yorkers. But it was not merely a matter of seeing and being seen; repertory was hotly contended along nationalistic lines — German versus Italian — with French operas caught in the middle.

“The sauerkraut opera cannot last,” declared Col. J.H. Mapleson, an influential impresario, in a New York Times interview on April 21, 1885. “Italian opera is the only opera that can depend upon fashionable support.” A response the next day from “A Born American of German Descent” calls the Italian works “ash barrel operas.” “It cannot be said that either of these rival epithets is accurate or exhaustive,” notes the Times editor, with tongue planted firmly in cheek. “The word ‘sauerkraut’ does not convey a vivid sense of the dignity and grandeur of Wagner’s music-dramas; neither does the word ‘ash barrel’ convey in its fullness the tunefulness, the vocal art, and the sensual charm that belong to the works of Verdi and Donizetti. Perhaps it would be better to refer to the rival schools of dramatic music simply as ‘German’ and ‘Italian’ opera respectively.”

Perhaps, but not much. A contemporary cartoon by Thomas Nast depicts ferocious opera patrons squaring off on two sides: the Germanic, with their Wagnerian horned helmets and breastplates, ready to do battle with the Italian partisans wielding the spears and royal trappings of a Verdian historical drama. Devotees of French opera cowered on the sidelines under the protection of their exquisite sensibilities. During this period, Gounod’s Faust was presented far more frequently than any other opera in New York, and the Metropolitan Opera became known as the ‘Faustspielhaus‘ — a pun on the ‘Festspielhaus’ where German opera festivals are traditionally performed. Bizet’s 1875 Carmen, too, was gaining popularity, making sex and violence less taboo in French operas. But at the Met during its early years, even Faust was performed in Italian, rather than the original French.

Small wonder that the full appreciation of French opera became something akin to a secret society. Yes, masterworks by composers such as Gounod, Massenet, and Ambroise Thomas — not to mention Bizet — eventually gained their place in America’s standard opera repertory, sung in the original French. But their most devoted admirers insisted that elusive qualities set these operas apart: elegance, delicacy, lightness of touch, economy of musical gesture, shimmering orchestral color. Societies such as the Friends of French Opera, led by the conductor and scholar Robert Lawrence, discreetly promoted this belief among those already converted. They were especially active from the 1950s into the 1970s, advocating for French opera in the face of a public that they felt had adopted French repertory without truly appreciating its special beauty. If they are no longer active, it is because the French opera repertory has taken its place among the world’s greatest operas.

The Story of Thaïs

In fourth-century Egypt, a group of Cenobite monks attend to their daily rituals. Athanaël, an especially observant member of the monastic community, confesses to brother Palémon his recent visions of the famous courtesan Thaïs, who has consecrated her life to Venus and worldly pleasure. Believing his visions to be divinely inspired, he resolves — despite Palémon’s warnings — to return to Alexandria, where he had known Thaïs in his youth. He resolves to convert her to Christianity and persuade her to enter a convent.

In Alexandria, Athanaël visits an old friend, the wealthy hedonist Nicias, who welcomes him. Nicias is Thaïs’s current lover, and he has planned a feast in tribute to her that very evening; once he learns of Athanaël’s plan, his hospitality becomes spiked with skepticism and mockery.

As the feast begins, Thaïs makes her entrance in sensual splendor and joins Nicias in a bittersweet duet; it will be their final night together. Athanaël confronts her, saying he will teach her to reject the pleasures of the flesh, but she rebuffs him with a song of seduction. As the act ends, she taunts him and defiantly begins to disrobe.

Alone after the feast, Thaïs is more contemplative. Feeling the emptiness of her existence, she reflects on the fact that age will eventually sap her beauty. Then, fatefully, Athanaël enters, praying that God will conceal her allure from him. He challenges her to accept his kind of love, a love of the spirit that lasts not for one night, but forever. Both Thaïs and Athanaël struggle with temptation, and then — in a moment reminiscent of Violetta’s renunciation of Alfredo in Act I of La traviata (1853) — she sends him away, rejecting his entreaties in favor of her nihilistic lifestyle. But after he leaves, she reconsiders. We hear her change of heart in the strains of the Meditation.

Thaïs has now resolved to follow Athanaël into the desert. He orders her to burn her house and its contents to eradicate all vestiges of her past life. She asks to keep a single artifact, a statuette of Eros, explaining that she sinned against love, not through it. But Athanaël, upon hearing that the keepsake was a gift from Nicias, angrily insists that she destroy it as well. Reveling Alexandrians are enraged when they see Athanaël leading the legendary Thaïs away, and attack him; Nicias, despite his astonishment at his friends’ course, defends them by tossing handfuls of money into the crowd as a diversion. Thaïs and Athanaël escape together.

In a final act setting similar to that of Puccini’s Manon Lescaut (composed one year earlier), Thaïs and Athanaël make their way through the desert on foot. Though Thaïs is nearly collapsing from exhaustion, Athanaël forces her to continue as a religious mortification. As they rest by a spring, his attitude begins to soften and they speak as friends. Then they continue their journey, eventually reaching the convent where Athanaël entrusts Thaïs to Mother Albine. Taking his leave, he realizes that he will never see Thaïs again.

Distraught, Athanaël repudiates his holy vows and sets off to find Thaïs. At the convent, he finds her on her deathbed and confesses his feelings, insisting that “Nothing is true but life and the love of human beings.” But Thaïs, near death and in the grip of religious ecstasy, is oblivious to words. She dies in bliss, describing the heavens opening to her, as Athanaël collapses in despair.