Gentleman’s Island is based on the plot of the narrative poem “Etiquette” by W. S. Gilbert, the librettist half of Gilbert & Sullivan fame. 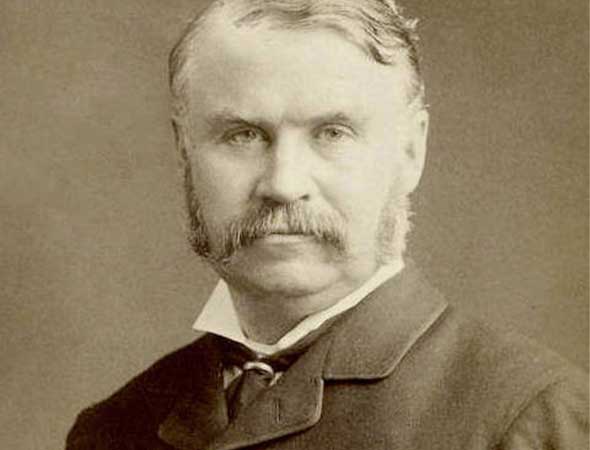 The Ballyshannon foundered off the coast of Cariboo,
And down in fathoms many went the captain and the crew;
Down went the owners — greedy men whom hope of gain allured:
Oh, dry the starting tear, for they were heavily insured.

Besides the captain and the mate, the owners and the crew,
The passengers were also drowned, excepting only two:
Young PETER GRAY, who tasted teas for BAKER, CROOP, AND CO.,
And SOMERS, who from Eastern shores imported indigo.

These passengers, by reason of their clinging to a mast,
Upon a desert island were eventually cast.
They hunted for their meals, as ALEXANDER SELKIRK used,
But they couldn’t chat together — they had not been introduced.

For PETER GRAY, and SOMERS too, though certainly in trade,
Were properly particular about the friends they made;
And somehow thus they settled it without a word of mouth —
That GRAY should take the northern half while SOMERS took the south.

On PETER’S portion oysters grew — a delicacy rare,
But oysters were a delicacy PETER couldn’t bear.
On SOMERS’ side was turtle, on the shingle lying thick,
Which SOMERS couldn’t eat, because it always made him sick.

GRAY gnashed his teeth with envy as he saw a mighty store
Of turtle unmolested on his fellow-creature’s shore:
The oysters at his feet aside impatiently he shoved,
For turtle and his mother were the only things he loved. 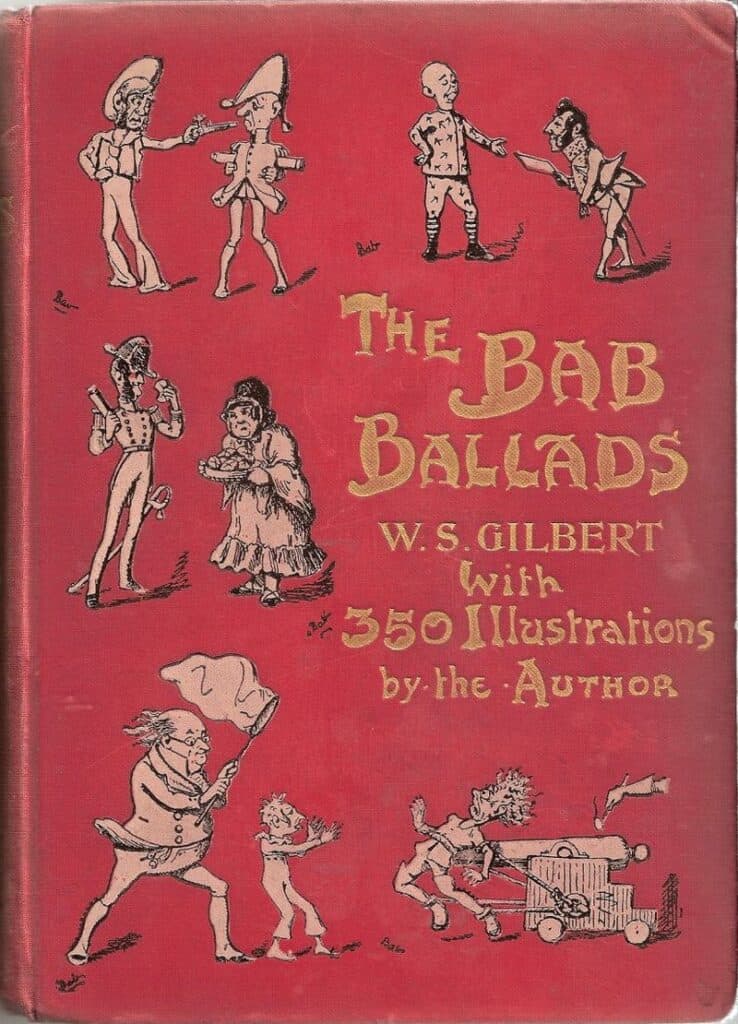 And SOMERS sighed in sorrow as he settled in the south,
For the thought of PETER’S oysters brought the water to his mouth.
He longed to lay him down upon the shelly bed, and stuff:
He had often eaten oysters, but had never had enough.

How they wished an introduction to each other they had had
When on board The Ballyshannon! And it drove them nearly mad
To think how very friendly with each other they might get,
If it wasn’t for the arbitrary rule of etiquette!

One day, when out a-hunting for the mus ridiculus,
GRAY overheard his fellow-man soliloquising thus:
“I wonder how the playmates of my youth are getting on,
MCCONNELL, S. B. WALTERS, PADDY BYLES, and ROBINSON?

These simple words made PETER as delighted as could be,
Old chummies at the Charterhouse were ROBINSON and he!
He walked straight up to SOMERS, then he turned extremely red,
Hesitated, hummed and hawed a bit, then cleared his throat, and said:

“I beg your pardon–pray forgive me if I seem too bold,
But you have breathed a name I knew familiarly of old.
You spoke aloud of ROBINSON — I happened to be by–
You know him?” “Yes, extremely well.” “Allow me — so do I!”

It was enough: they felt they could more sociably get on,
For (ah, the magic of the fact!) they each knew ROBINSON!
And MR. SOMERS’ turtle was at PETER’S service quite,
And MR. SOMERS punished PETER’S oyster-beds all night.

They soon became like brothers from community of wrongs:
They wrote each other little odes and sang each other songs;
They told each other anecdotes disparaging their wives;
On several occasions, too, they saved each other’s lives.

They felt quite melancholy when they parted for the night,
And got up in the morning soon as ever it was light;
Each other’s pleasant company they reckoned so upon,
And all because it happened that they both knew ROBINSON! 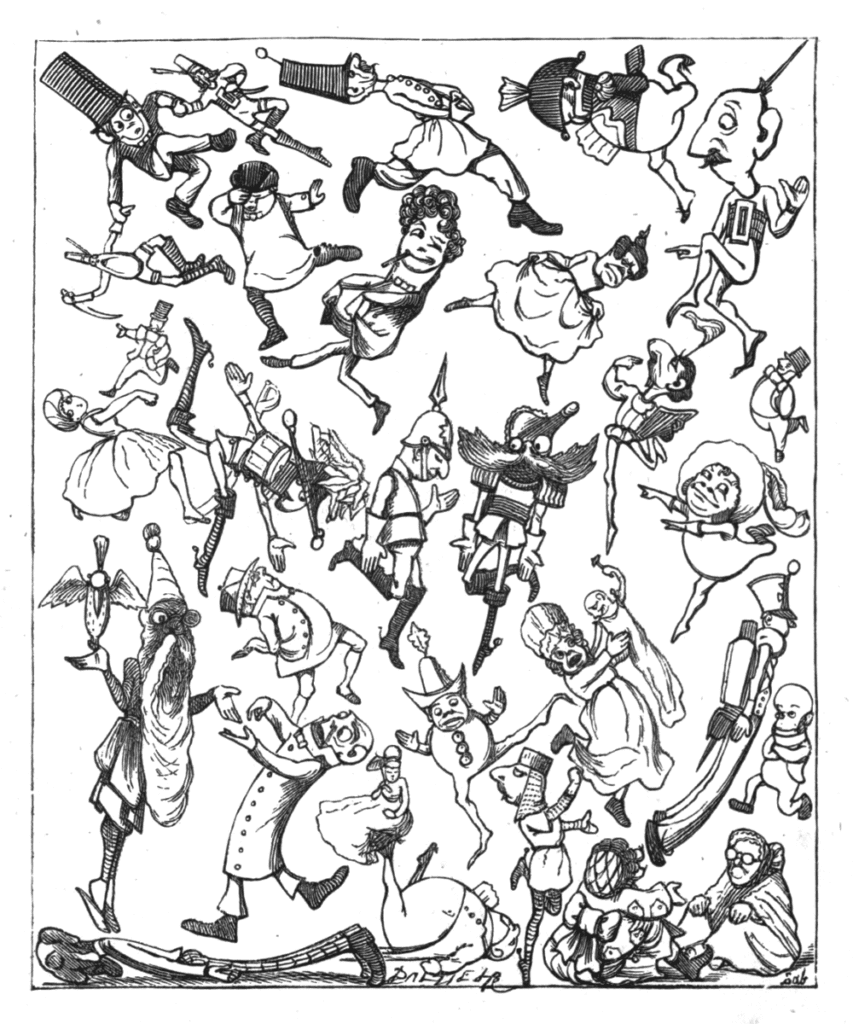 They lived for many years on that inhospitable shore,
And day by day they learned to love each other more and more.
At last, to their astonishment, on getting up one day,
They saw a vessel anchored in the offing of the bay!

To PETER an idea occurred. “Suppose we cross the main?
So good an opportunity may not occur again.”
And SOMERS thought a minute, then ejaculated, “Done!
I wonder how my business in the City’s getting on?”

“But stay,” said MR. PETER: “when in England, as you know,
I earned a living tasting teas for BAKER, CROOP, AND CO.,
I may be superseded–my employers think me dead!”
“Then come with me,” said SOMERS, “and taste indigo instead.”

But all their plans were scattered in a moment when they found
The vessel was a convict ship from Portland, outward bound!
When a boat came off to fetch them, though they felt it very kind,
To go on board they firmly but respectfully declined.

As both the happy settlers roared with laughter at the joke,
They recognised an unattractive fellow pulling stroke:
‘Twas ROBINSON — a convict, in an unbecoming frock!
Condemned to seven years for misappropriating stock!!!

They laughed no more, for SOMERS thought he had been rather rash
In knowing one whose friend had misappropriated cash;
And PETER thought a foolish tack he must have gone upon
In making the acquaintance of a friend of ROBINSON.

At first they didn’t quarrel very openly, I’ve heard;
They nodded when they met, and now and then exchanged a word:
The word grew rare, and rarer still the nodding of the head,
And when they meet each other now, they cut each other dead.

To allocate the island they agreed by word of mouth,
And PETER takes the north again, and SOMERS takes the south;
And PETER has the oysters, which he loathes with horror grim,
And SOMERS has the turtle — turtle disagrees with him.