Francis Poulenc and The Human Voice

Born in Paris, Francis Poulenc was active in the legendary Paris of the 1920s, when creative ferment nourished the modernist trends of the early 20th century. As a member of the informal group of French composers known as “Les Six,” he helped forge a new path for French music, separating it from the dominance of Germanic Romanticism. Les Six preferred the artful simplicity of Erik Satie to the intellectualisms of Schoenberg and the pat associations with French Impressionism. Seeking clarity, wit and even parody in keeping with the traditions of elegant sparseness in French musical style, they refined a genre influenced by Stravinsky and Satie often called neo-classicism. 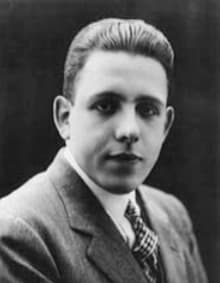 As a composer Poulenc was largely self-taught and somewhat conservative, in contrast with his Les Six colleagues. Yet he gained wide admiration for his distinctive, buoyant style, often described as natural, spontaneous and original. Colorful, lively, tuneful and engaging, his music is free of needless drama. It is free from highly elaborated development and formal rigidities. He is especially celebrated for his lyricism and his gift for melody. Neo-classical in the best sense, his music seems familiar yet fresh, evocative of 18th-century classicism but informed by 20th-century French style.

Though much of Poulenc’s music is known for playful novelty — his chamber music is often described as “fun” — he was actually a man of deep seriousness and introspection. He was devoutly Roman Catholic. While much of his music seems to belie his personal life, the two elements come together in his two great operas: Dialogues des Carmelites (about the martyrdom of thirteen nuns during the French Reign of Terror) and La Voix Humane, or The Human Voice, which searingly exposes the inner feelings of a woman helplessly in the grip of an obsessive love that is destroying her. Writing in Grove’s Dictionary of Opera, Jeremy Sams writes that “Poulenc’s music for La Voix Humane betrays a composer all too familiar with the pulse and pace of nervous exhaustion and depression.” The libretto for the opera was conceived and written by Jean Cocteau based on his original play. As a foundational figure in surrealist art, the poet-artist Cocteau created the landmark filmed versions of Beauty and the Beast and Orpheus and the libretto (in Latin!) of Stravinsky’s opera Oedipus Rex.