by Kathleen Sykes and Paula Fowler

To say that we have had to get creative over the last year of the pandemic would be an understatement.  As we adopted health-expert recommended practices to keep our performers, staff, and patrons as safe as possible, we have discovered new and innovative ways to share the operatic art form with our audiences.

If you have joined us during the 2020-21 season, you’ve experienced unique programming like Poulenc’s The Human Voice and Horovitz’s Gentleman’s Island, a program featuring the best of opera repertoire in Light on the Horizon, and intimate recitals you can watch from the comfort of your own home like Songs for Our Time.

Doing an opera production in the middle of a pandemic is no easy task. This production does not include a chorus, but rather focuses on the main characters. In order to help tell the story and get a clear idea of what the characters are going through, we employed the help of Tláloc López-Watermann—the same designer who worked on Norma in Abravanel Hall two years ago—to create projections setting the present-day scene. The video footage was filmed in the state-of-the-art green screen studio at Salt Lake Community College. 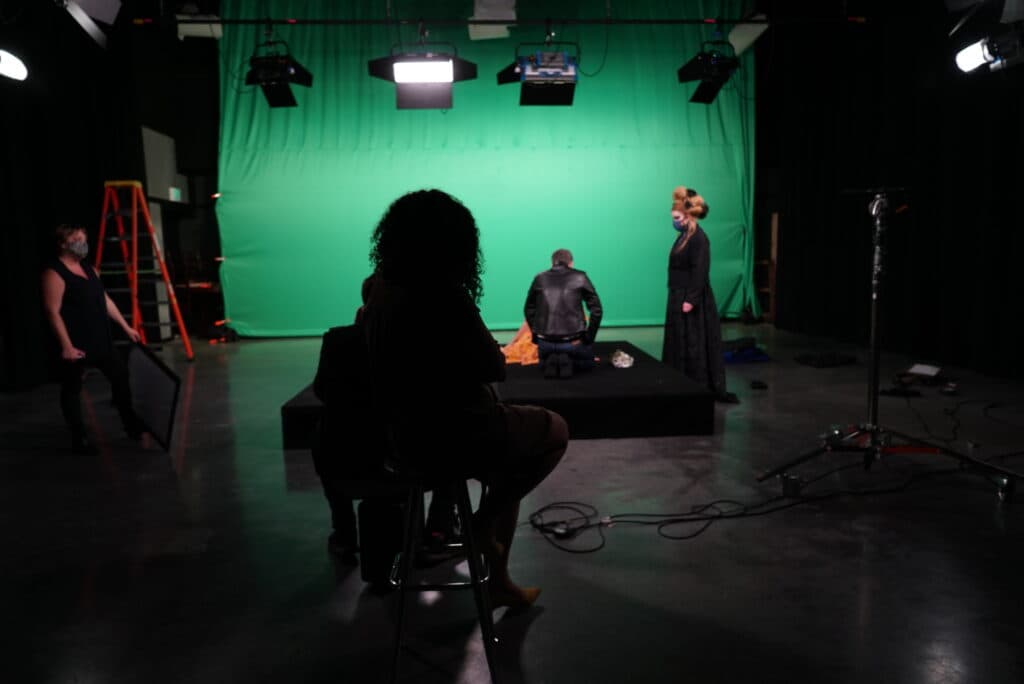 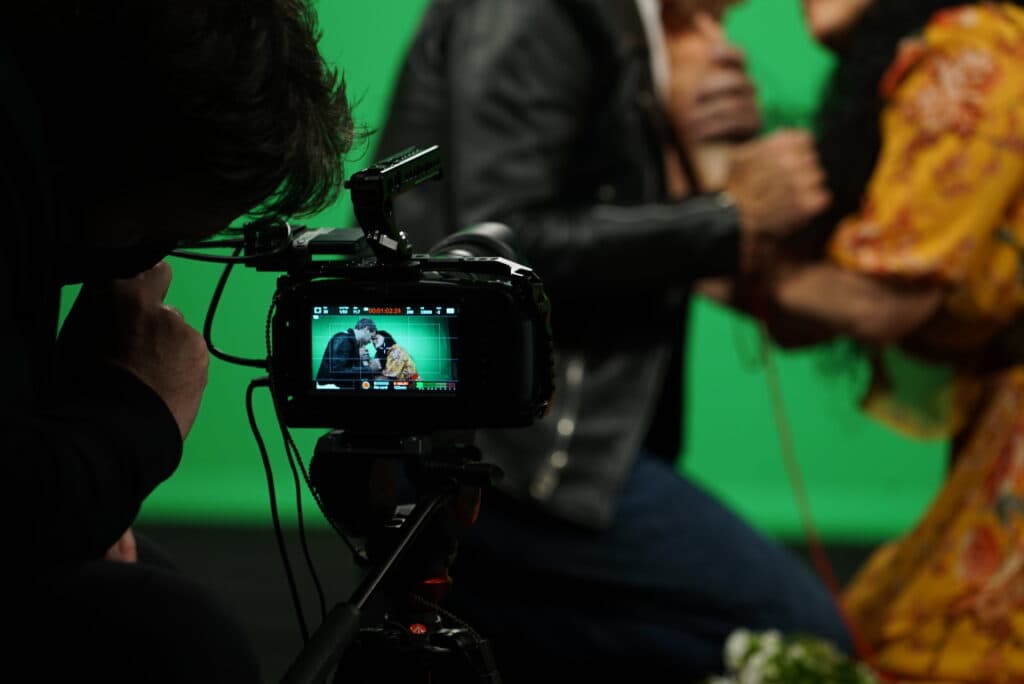 What the director sees through the camera.

This production is a retelling of the classic Bizet opera which focuses on the intense relationships, motivations, and drama of the main characters.  The story is updated to present-day New York City casting Don José as an NYPD cop, Carmen as a factory worker in Spanish Harlem, a much spunkier Micaëla, and Escamillo as a John-Legend-like star on the rise. All of this is based on Peter Brook’s 1983 film version with a concept reminiscent Lin-Manuel Miranda’s In the Heights.

Costume Director Verona Green shared some of the costume ideas being used in the production and how they narrate the story and inner-workings of each character. At the time these photos were taken, the director had not made final decisions on wardrobe choices, so these are ideas of what might show up on the stage in our final product. 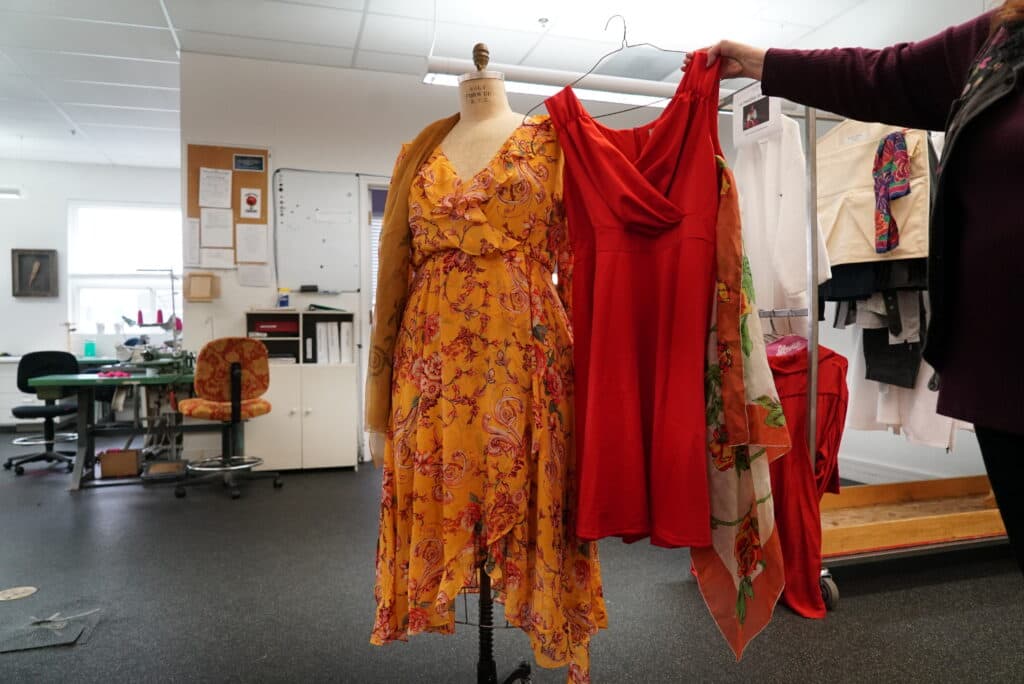 Two looks worn by Carmen: A sexy, eye-catching red dress showing the outer façade Carmen puts on in contrast with a soft, yellow dress worn in the scene where she commits herself to Don José, showing her complex, gentle interior life. 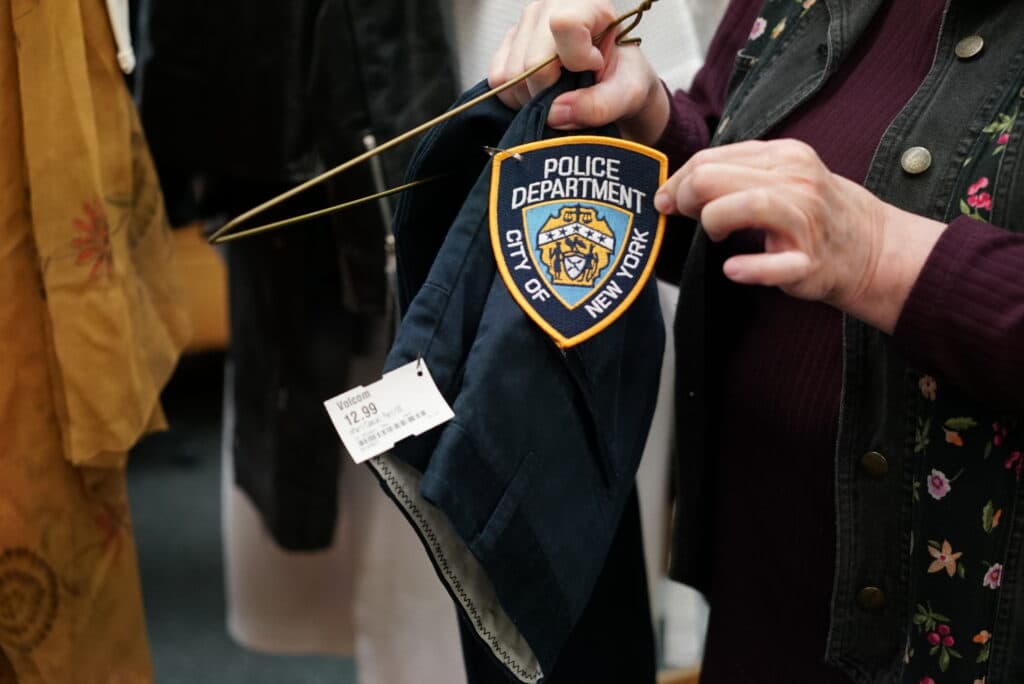 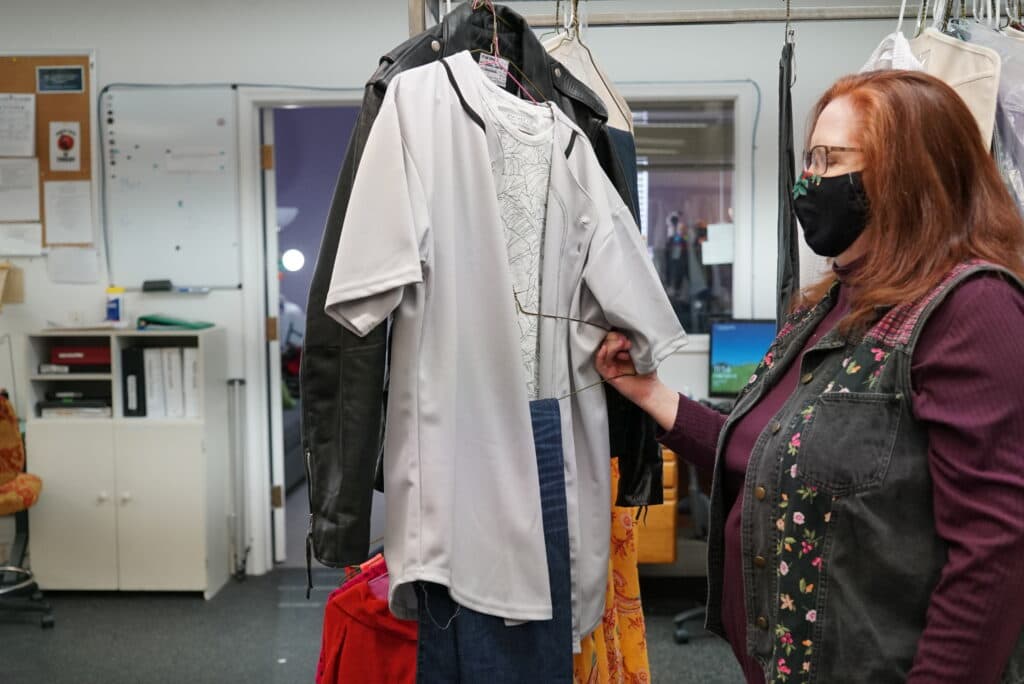 An idea for a later look when Don José leaves the police force—a baseball jersey (there’s no logos, so you’ll have to imagine which team he roots for!) with printed t-shirt and jeans—all tied together with a black leather jacket. 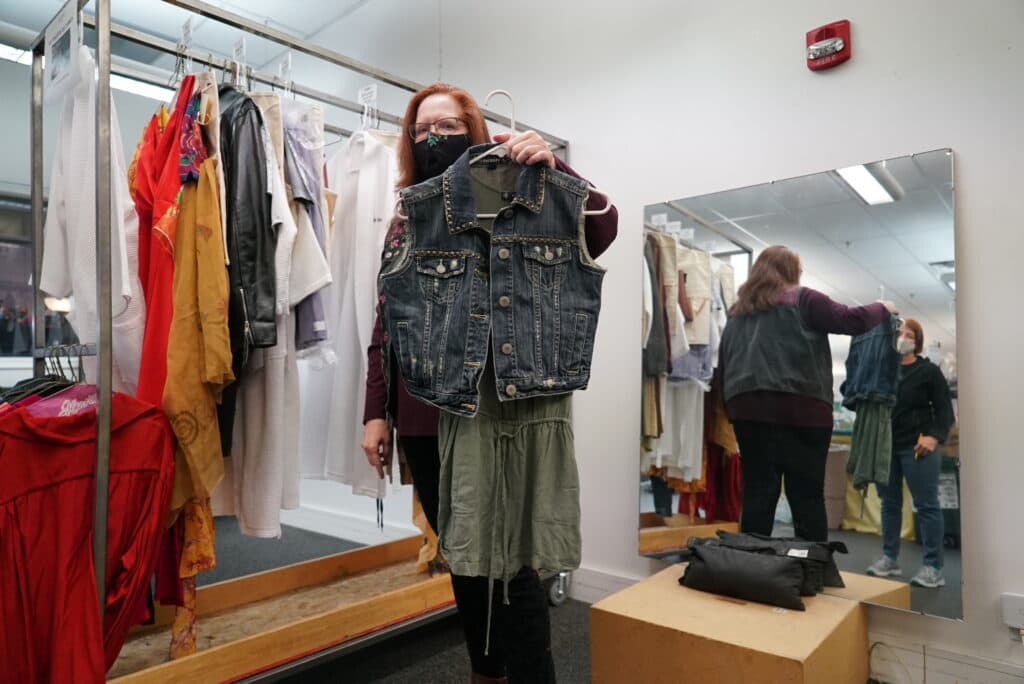 Micaëla’s stylish look with an army-green romper and subdued accessories sets her apart from the other characters.

The props include most of those you think of when it comes to the original Bizet work: tarot cards, candles, flowers, handcuffs, and guns—but they are given a modern twist. Prop Master Kelly Nickle went to great lengths to make sure the props on stage told a clear and authentic story. 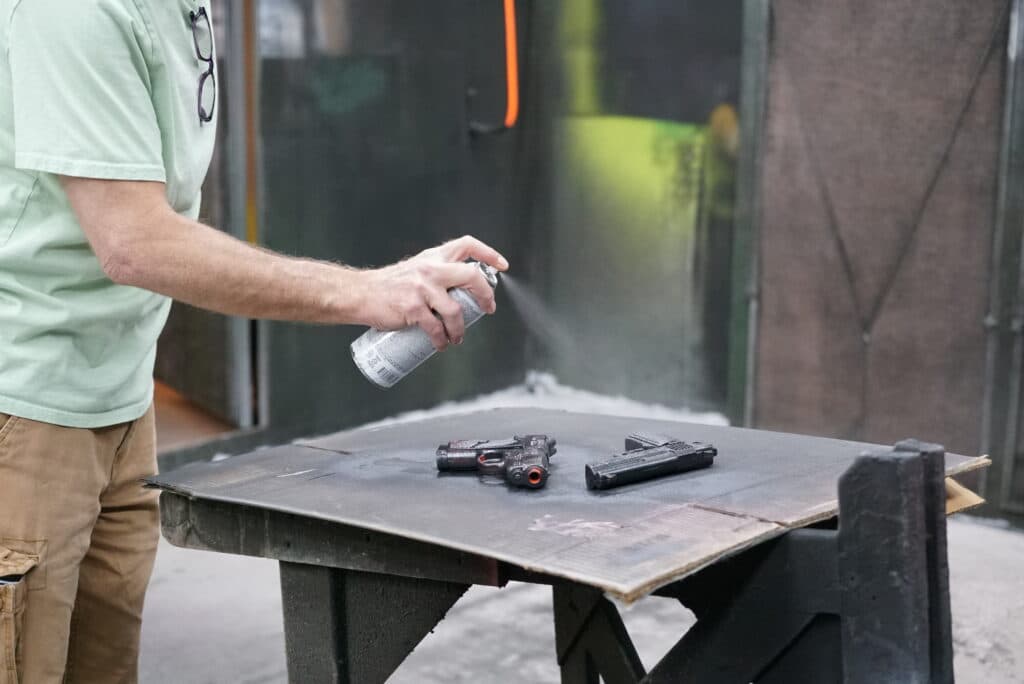 Nickle spray-painted plastic squirt guns to turn it into a safe stage prop. To help the performers to feel even safer on stage, the guns aren’t pointed directly at the performer, but rather a few inches away from them. 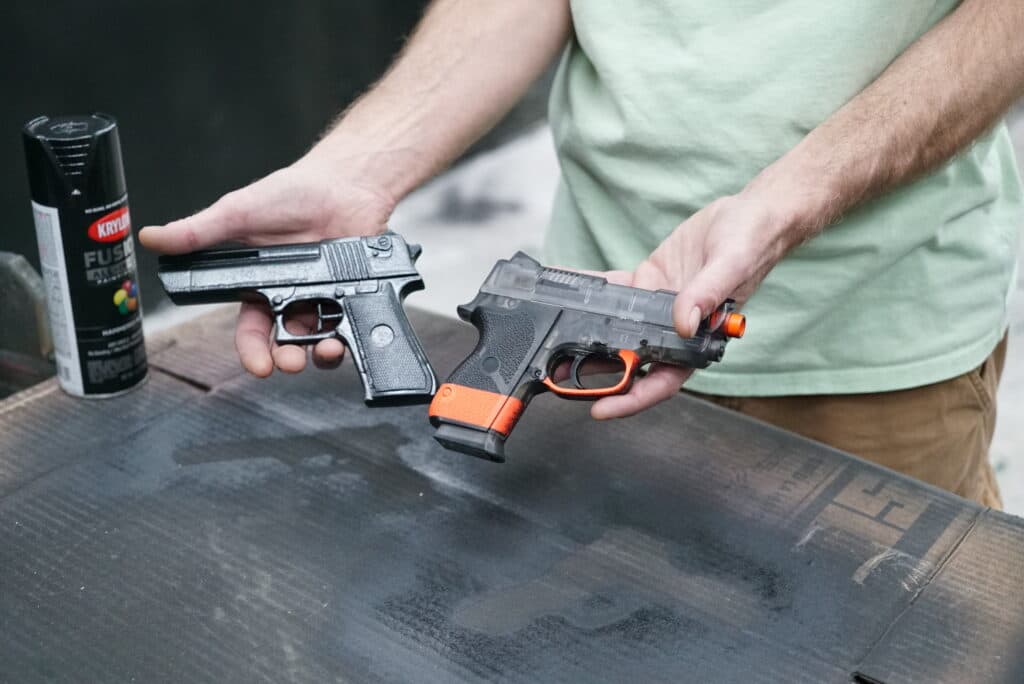 A finished gun (left) and one that has yet to be painted (right). 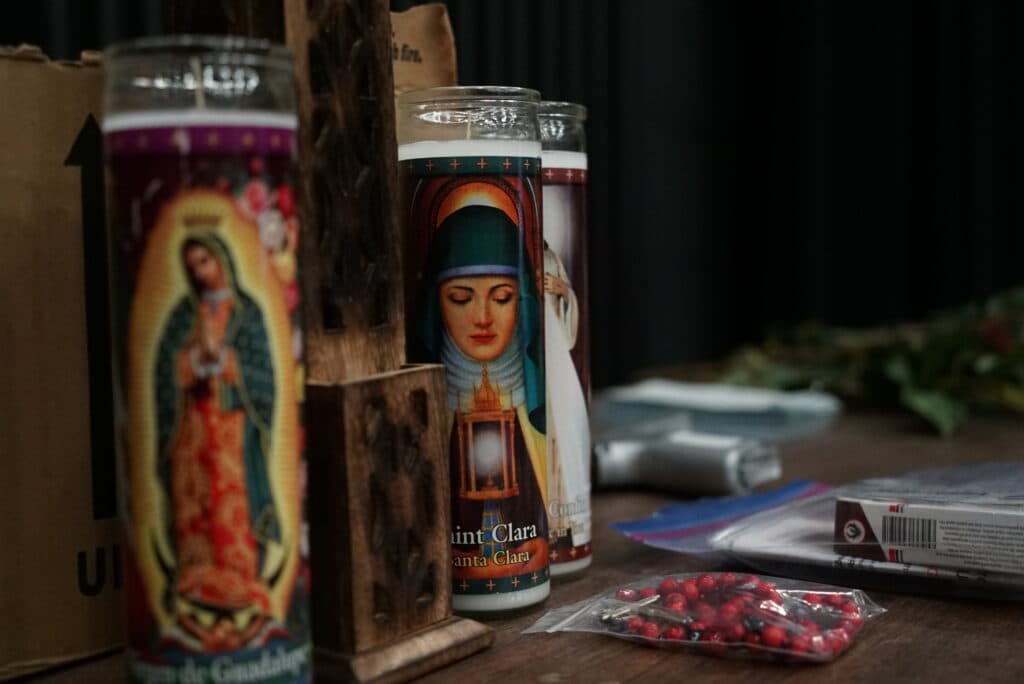 To further take you into this present-day world, Nickle sourced candles, flowers and other sundry items for the production. 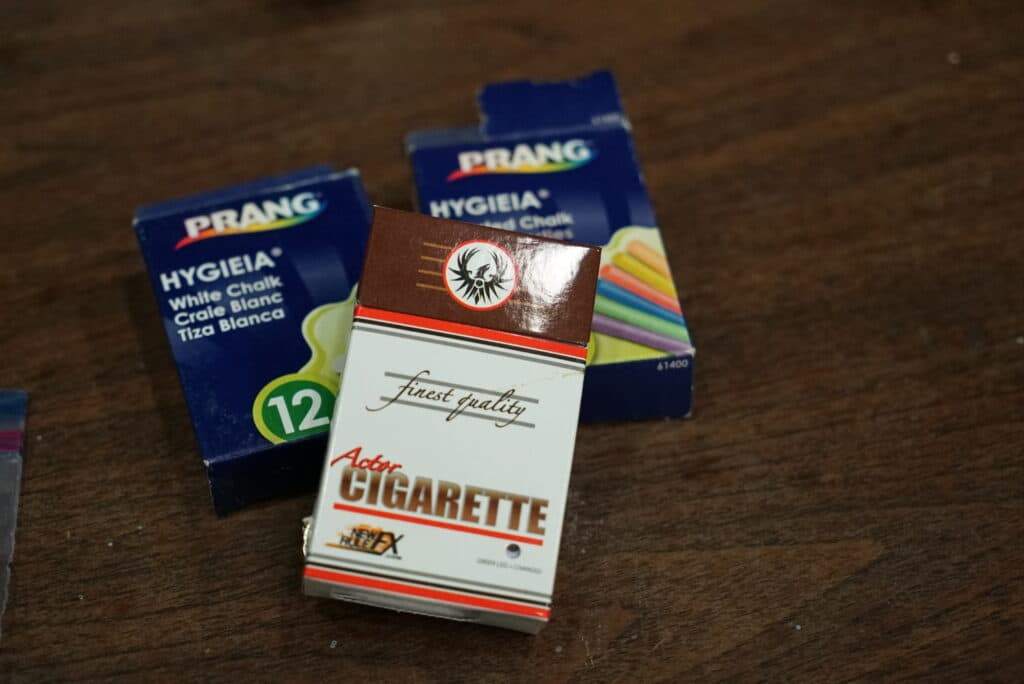 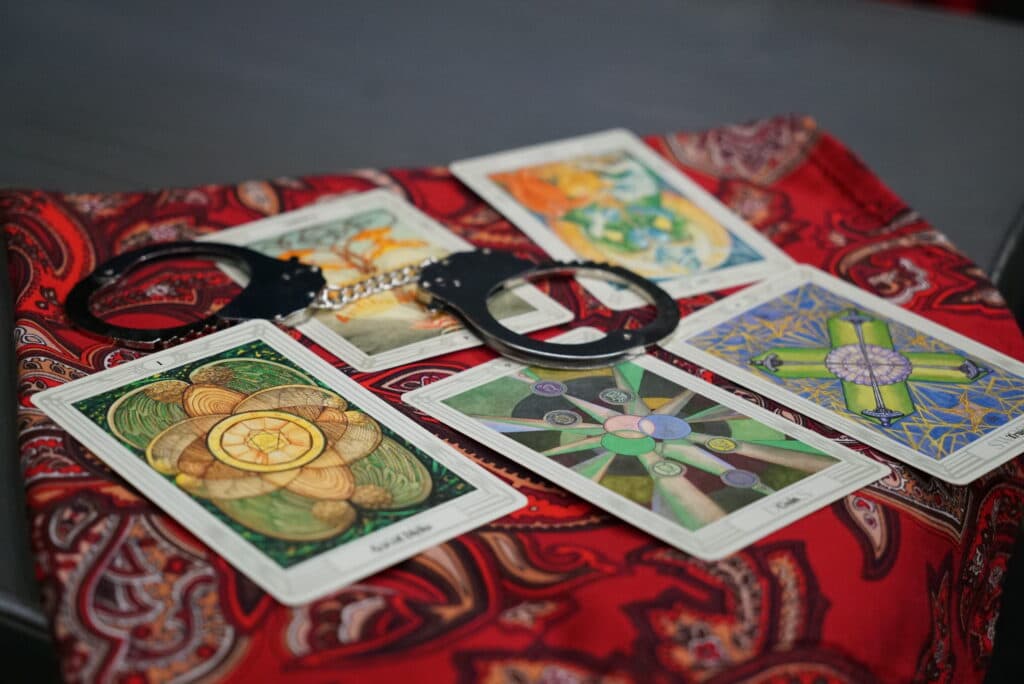 Tarot cards and handcuffs—giving a nod to a traditional production of Carmen.

For the safety of our performers, patrons, and stage crew, we had to come up with some new solutions on how to stage this performance. Since there is no chorus in this version and we’re employing projections in the place of traditional set pieces, we have access to extra space that we would not otherwise have.

The orchestra is positioned onstage behind a scrim while the singers perform in front of Lopez-Watermann’s projections. The singers and any instrumentalists who are not able to play masked are being tested for Covid regularly throughout the run of the production. 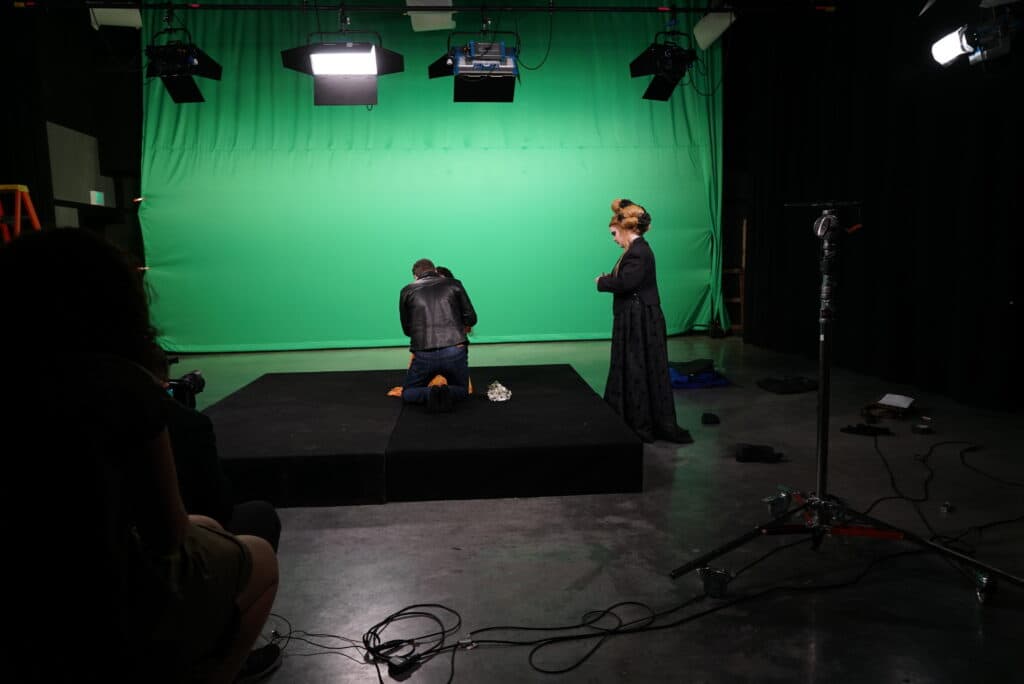 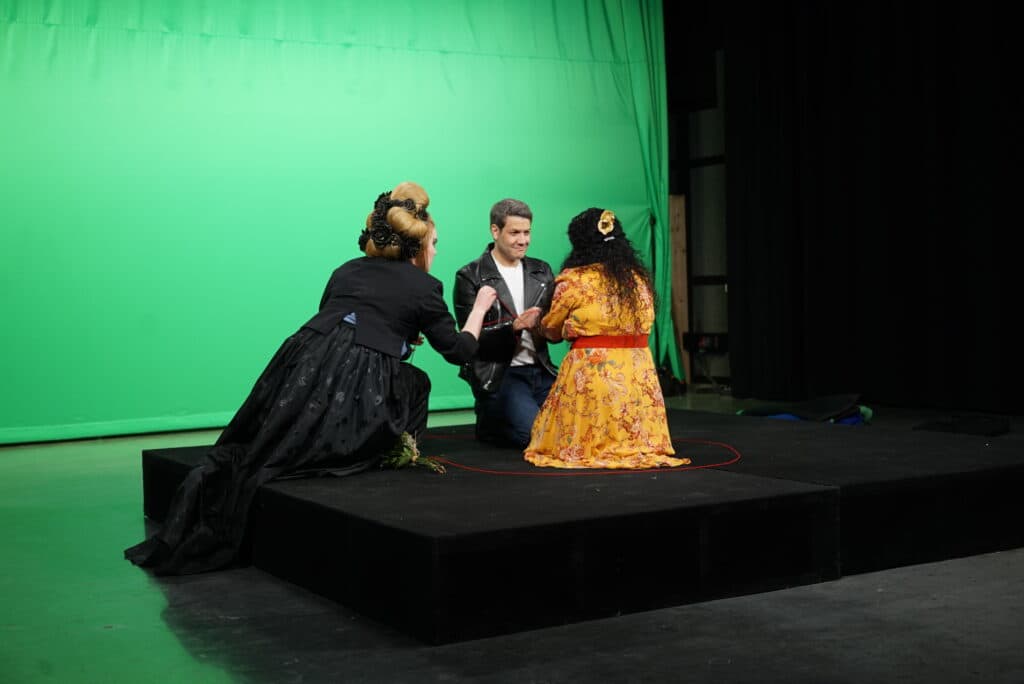 Fate binds a red thread on Carmen and Don José. 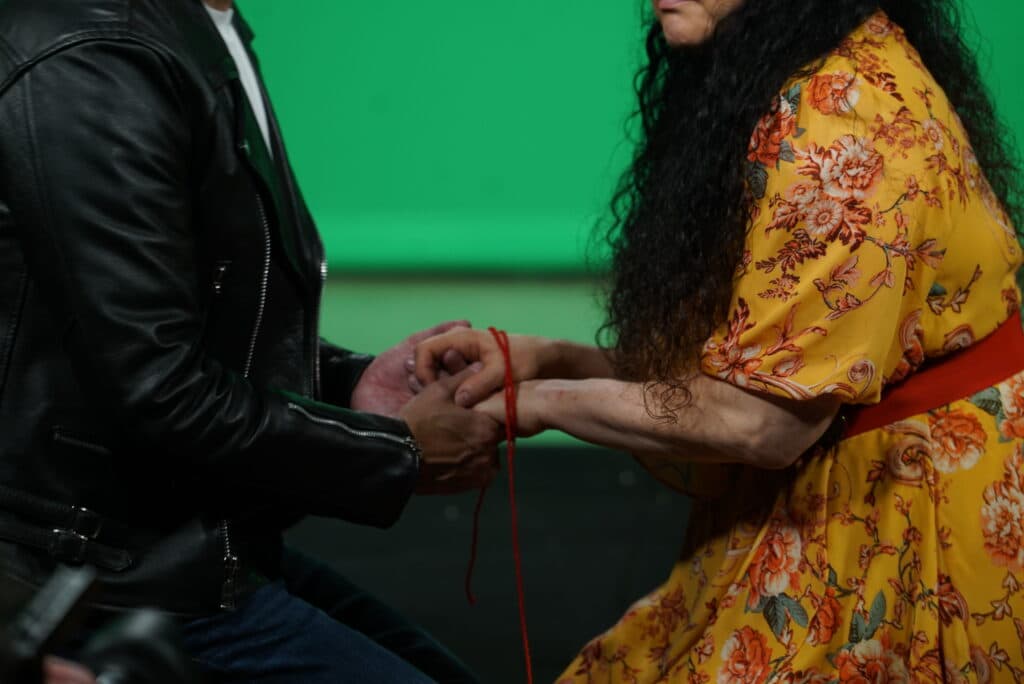 Close up on Carmen and Don José’s hands

After a few months away from The Janet Quinney Lawson Capitol Theatre, we can’t wait to watch all of the drama happen live! Get your tickets for Peter Brook’s La tragédie de Carmen here.