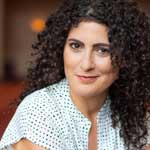 After working for the Israeli Opera for over a decade, Director Omer Ben Seadia moved to the United States in 2012 to begin her international directing career. Her 2018-19 productions include Idomeneo at Wolf Trap Opera, Yardbird with Atlanta Opera, La Bohème at Opera Santa Barbara, a double bill of Tom Cipullo’s Josephine and After Life at Opera Colorado, as well as developing the world premiere of Home of My Ancestors by Nkeiru Okoye and Anita Gonzalez for HGOco.

Previous productions include the world premiere of Steal a Pencil for Me for Opera Colorado, a revival of Tosca for Houston Grand Opera, the 2017 Apprentice Scenes Program at Santa Fe Opera, Faust at Tulsa Opera, L’italiana in Algeri as well as a revival of A Streetcar Named Desires at Opera Santa Barbara, and Considering Matthew Shepard for Cincinnati Opera and the Vocal Arts Ensemble. She joined the faculty at the Aspen Music Festival in 2018.

Ms. Ben Seadia is deeply committed to the development and training of young artists; she has been on staff for the Studio and Young Artist Vocal Academy (YAVA) at Houston Grand Opera, the Merola Opera Program, and the International Vocal Arts Institute.

Ms. Ben Seadia grew up in the theatre and fell in love with opera when she experienced her first acting role at the age of 15. Since then, she has flourished in both theater and opera, and she completed the prestigious opera directing program at the Cincinnati College-Conservatory of Music in 2014. She was named the 2014 Apprentice Stage Director at the Merola Opera Program, where she directed the Merola Grand  Finale on the main stage of the San Francisco Opera. 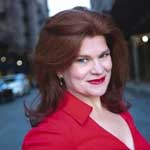 Lisa Despain is a Utah-Native, New York City-based composer of opera, musical theatre and concert works. She is the winner of a 2018 OPERA America Discovery Grant in support of her blues-based opera That Hell Bound Train. Lisa’s other theatrical works include Storyville, A Gracious Plenty, and Like I care!, a pop-infused musical for young performers and family audiences addressing issues of bullying and false Internet fame.

Highlights of Ms. DeSpain’s concert commissions include American Nativity, Rise & Fall, String Quartet No. 1, and Into the Realm of the Gods. Ms. DeSpain is an internationally-recognized vocal arranger and musical theatre educator entrusted to translate many of Broadway’s top hits for the musical education community including Hamilton, Once, Pippin, Green Day’s American Idiot, Springtime Awakening, and The Who’s Tommy.

A graduate of Mountain View High School, Ms. DeSpain studied composing at the  of North Texas and received her Masters in Jazz Piano Performance from the Manhattan School of Music. Ms. DeSpain is Professor of Music and Theatre at LaGuardia  Community College-City University of New York. 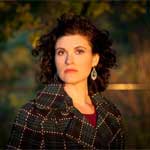 Composer/librettist Rachel Peters writes all manner of works for the stage. Her operas include Rootabaga Country, The Wild Beast of the Bungalow, Pie, Pith, and Pallette, and Monkey Do. The current season sees the world premieres of Companionship at Fort Worth Opera, Steve with Boston Opera Collaborate, and No Ladies in the Lady’s Book for Utah Opera. Her musicals include Only Children, Tiny Feats of Cowardice, Write Left, Tomato Red, and Octopus Heart. Her extensive catalogue of art songs and cabaret songs have been performed at Lincoln Center, Second Stage, The National Opera Center, and Symphony Space. 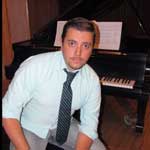 Jacob Lee is originally from Southern Utah and is presently an adjunct faculty member of the Southern Utah University Music Department.

He graduated from the University of Nebraska-Lincoln with a Masters Degree in Music Composition in 2017, and from Southern Utah University, with a Bachelor of Arts Degree in Piano Performance, in 2015. His compositions have been performed in Utah, Nevada, and Nebraska. He is a winner of the Roy L. Halverson Young Artist Competition for his composition The Casey Jones Overture. 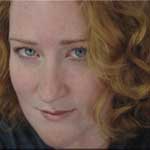 Christine McDonough is an accomplished writer who is new to the libretto form, which she finds a dramatic form of poetry. Her experience with opera began on stage as a chorus member in the acclaimed Utah Opera Chorus, an unplanned joy that continued for 18 seasons. She sang in a variety of costumes ranging from various peasants to a tipsy German Baroness, a Scottish witch, an Italian innkeeper, a gossipy American, and a Gatekeeper of Hades. She works as a writer at Western Governors University and an Information Designer on projects with small companies, providing software UX/UI, graphic design, and photography. Her education includes an MA in Information Design from the University of Reading in England, as well as a Masters in Human Resources from Michigan State University. 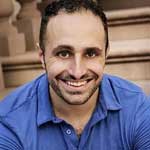 Tony’s mythology-infused comedy Triangle will be presented during the National Opera Association’s 2019 Conference in Salt Lake City.  He is based in Philadelphia. 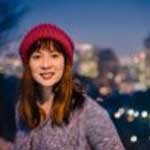 Paisley Rekdal was born and raised in Seattle, Washington, and has lived in Utah since 2003.  She teaches at the University of Utah and is the current Poet Laureate of the State of Utah. She is the author of a book of essays, The Night My Mother Met Bruce Lee; the hybrid photo-text memoir, Intimate; and five books of poetry: A Crash of Rhinos; Six Girls Without Pants; The Invention of the Kaleidoscope; Animal Eye, and Imaginary Vessels. Her newest work of nonfiction is a book-length essay, The Broken Country: On Trauma, a Crime, and the Continuing Legacy of Vietnam. A new collection of poems, Nightingale, which re-writes many of the myths in Ovid’s The Metamorphoses, will be published in spring 2019. 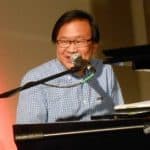 Michael Ching is a composer, conductor and arts administrator. His most recent works are two new operas for the Savannah Voice Festival, Alice Ryley (2015) and Anna Hunter (2017). Other works include Slaying The Dragon and A Midsummer Night’s Dream (opera a cappella, recorded on Albany Records), and Buoso’s Ghost (a comic sequel to Gianni Schicchi.

In 2018-2019, two new one-act operas will have their premieres: Thriver, at Palm Springs Opera Guild, and Seven Woods and A Van, at the Cedar Rapids Opera Theatre. Additional shorter operas this year include Birthday Clown at the Savannah Voice Festival. Michael is Music Director of Amarillo Opera, Composer-in-Residence at Savannah Voice Festival, and Opera consultant at EC Schirmer. 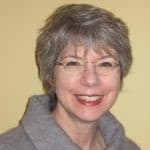 Victoria Panella Bourns has lived in Utah since 1980, and works in the non-profit arts sector.  Presently serving as the Director of the Utah Divisions of Arts and Museums, she has a background in arts administration and dance choreography. She began her career as an Instructor in the University of Utah Modern Dance Department, and then served on the dance faculty at Snow College.  She became the Co-founder and Adminstrative Director of Utah’s Dance Theatre Coalition. In more recent years, she served as the Managing Director of Salt Lake Acting Company, and was co-founder and Executive Director of the Utah Cultural Alliance.