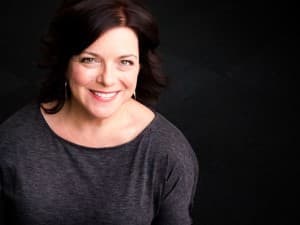 Carol Anderson is in her eighteenth season as principal coach for Utah Symphony | Utah Opera, while spending her summers on the music staff of The Santa Fe Opera. She is regularly engaged as official accompanist for the Metropolitan Opera National Council Auditions, for the Utah District (since 2006), the Southeast Region in Atlanta (2014-17), and the Florida District (2003, 2021). Dr. Anderson offers the immensely popular “Prelude Talks” before every Utah Opera performance, and is a cohost of USUO’s Ghostlight podcast, with Grand Teton Music Festival’s Jeff Counts.

Dr. Anderson’s professional opera coaching career was launched by her two seasons as apprentice coach in the prestigious Houston Grand Opera Studio. Previous to her appointment in Utah, she served as chorus master and musical administrator for the Orlando Opera, where she made her conducting debut leading performances of Amahl and the Night Visitors. Mentorship and development of operatic artists has long been a focus. She is often asked to present master classes and offer individual consultations to opera and voice students at music schools across the country. Dr. Anderson has also presented on opera coaching topics at CollabFest at University of Southern California and was a panelist on OPERA America’s recent webinar “Behind the Table: Demystifying the Opera Audition.”

In 1995, Dr. Anderson was named outstanding doctoral graduate student in the department of collaborative arts at the University of Southern California. She also holds additional degrees from the University of Cincinnati College-Conservatory of Music and Baylor University in Waco, Texas.