Fidelio: The Problem of Beethoven and his Only OperaLesson 1: Composition and Disastrous Premiere(s)

It might seem strange that one of the most innovative and talented composers in the history of Western music, the man who single-handedly revolutionized the symphony, string quartet, and piano sonata in the early 19th century, should write only one opera. Music seemed to flow naturally from Beethoven. It’s true that, unlike Mozart, his music did not emerge with seemingly effortless facility; we know from his sketchbooks and letters something of the struggles he endured to compose. But it was almost always produced with supreme artistry and, yes, genius. Nobody questions Beethoven’s gift.

So why only one opera? And why should he feel the need to revise it so frequently? Why are there four different overtures for the opera? Clearly, the gestation of Fidelio was a challenge that created more than the usual amount of trouble for the composer.

Beethoven started work on Fidelio in early 1804, but it was not premiered until 1805. It was revised the following year (and performed with almost exactly the same cast), and revised again in 1814. All three versions were published together as his Op. 72. The libretto Beethoven used in the 1805 version was by Joseph Sonnleithner, based on a French libretto by Jean-Nicolas Bouilly for the 1798 opera Léonore, ou L’amour conjugal composed by Pierre Gaveaux. (According to some sources, the original plot is based on a true story.) Bouilly’s libretto also served as the basis for the 1804 opera Leonora by Ferdinando Paer. At some point Beethoven procured a copy of Paer’s score for his own library, but no one is certain whether he had heard Paer’s opera yet or had access to the score while working on his own version. Certainly, he had begun thinking about his own opera before Paer’s was produced in Dresden in October 1804. 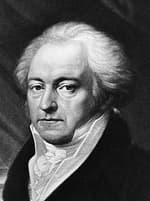 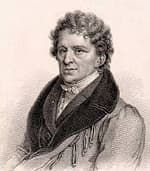 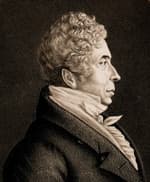 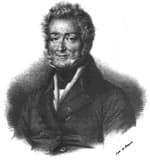 These various versions of the opera tell a roughly similar story. Leonore, disguised as a young (male) prison guard named Fidelio, manages to find her husband, Florestan, who has been kept as a political prisoner under the orders of a malevolent governor. She rescues him just as he is about to be murdered by the governor, and the couple are happily reunited. These kinds of “rescue” operas, very popular in post-revolutionary France, were enjoying a renewed vogue as Napoleon’s army swept across Europe in the first decade of the 19th century. Although the plot is primarily about Leonore’s courage and her love for Florestan, the political undercurrents—highlighted in Beethoven’s version, especially—added some historical depth to the story.

Fidelio was premiered at the Theater an der Wien in November 1805, only days after Napoleon and his army had occupied Vienna. With a popular storyline, contemporary political relevance, and nearly two years of effort by Europe’s leading composer of the day, Fidelio seemed to have all the ingredients for a success. But the performances were a disaster, attended by almost no one except for some of the composer’s friends and a handful of stray French soldiers. (Ironically, Beethoven’s Third Symphony, the “Eroica,” which expressed both admiration for and disappointment with Napoleon, had been premiered in the same theater several months earlier in 1805.) Problems with the libretto, and Beethoven’s inherent difficulty with producing convincing music for the stage, were the main issues. When he revised the opera the following year, it was performed by almost the same cast, and was slightly more successful. Beethoven had composed a new overture for the 1806 revision (now known as the “Leonore Overture No. 3”—the original 1805 overture is usually designated “Leonore Overture No. 2”), and tightened up the libretto, especially in the first half of the opera. It would have had a longer run had not Beethoven run into difficulties with the theater management.

For a planned 1808 revival in Prague, Beethoven wrote a third overture (“Leonore Overture No. 1”), but the production was cancelled. Then, with the help of Georg Freidrich Treitschke, Beethoven revised the opera yet again in 1814, including another new overture (the “Fidelio Overture”). This final version was, at last, a great success, even though (as Beethoven remarked to Treitschke) it had emerged with difficulty over a long period of time. The composer wrote: “I assure you, dear Treitschke, that this opera will win me a martyr’s crown. You have by your co-operation saved what is best from the shipwreck. For all this I shall be eternally grateful to you.”