Sets that tell a story: The magic behind The Little Prince

I never had the opportunity to read Antoine de Saint-Exupéry classic The Little Prince as a child. Instead I finally read it as an adult a few months ago when I found out Utah Opera would be performing it in January.

Although this book is intended for children, this book—with its vivid imagery and skillful storytelling—took this boring, non-fiction-loving grown-up on an unforgettable adventure. The scenes were so beautifully described, I felt like I was in the story myself.

I expect the upcoming opera to be no different. With an imaginative director like Tara Faircloth at the helm (previously: Pagliaccci and Gianni Schicchi) and an incredible designer like Jacob Climer, there’s no doubt they’ll bring this production to life.

Jacob Climer, the set and costume designer, created some beautiful sets that will make you feel like you’ve been transported into the story.

The story opens on the pilot standing in a gallery of his own fanciful childhood drawings. The set makes you feel as though you’re in a library in real life, discussing real, grown-up topics. 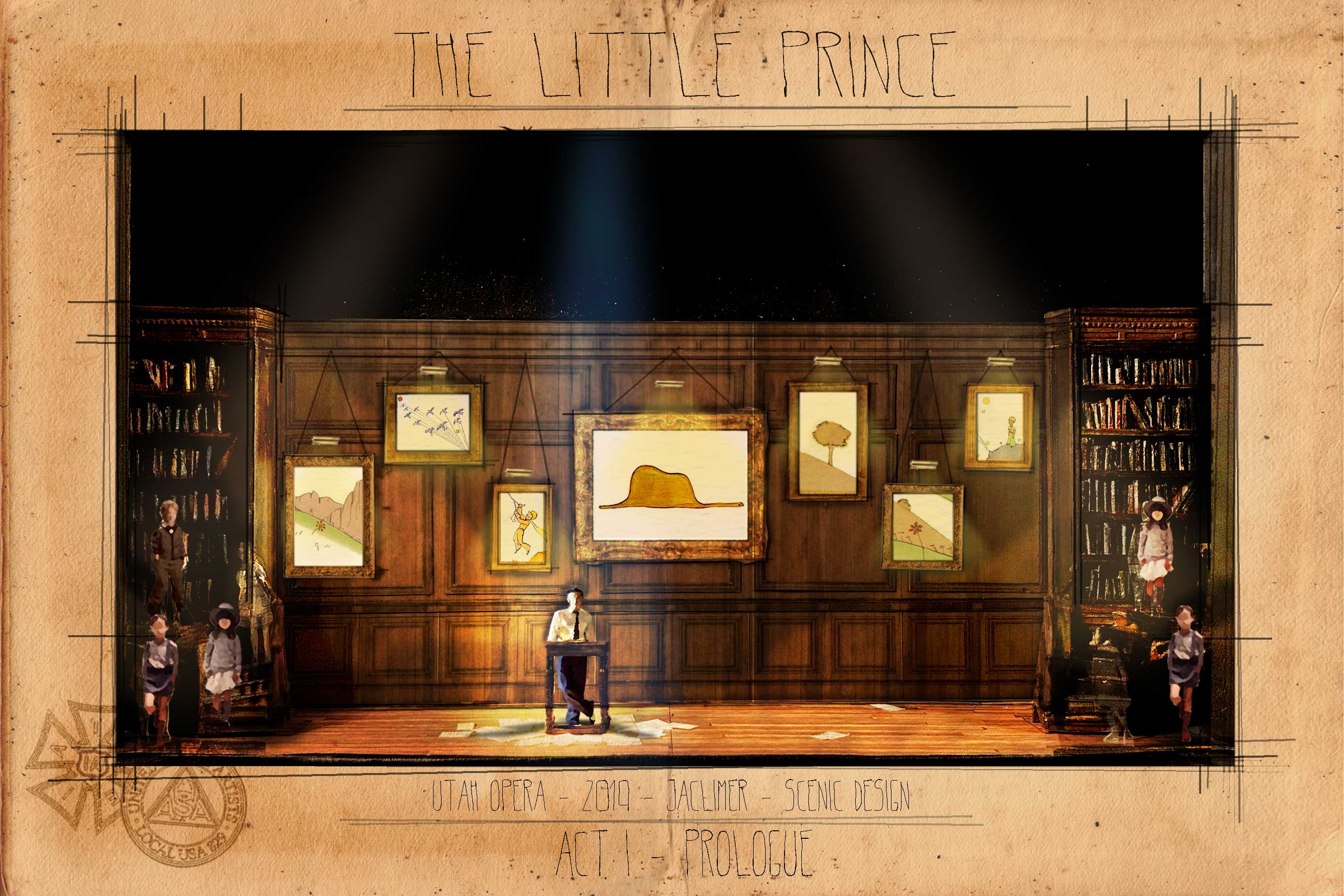 But this is where the meat of the story begins. The mood turns to whimsy after the pilot crashes his plane in the desert. As he fixes his plane, a young boy approaches him peppering him with questions and ultimately endearing himself to him forever. 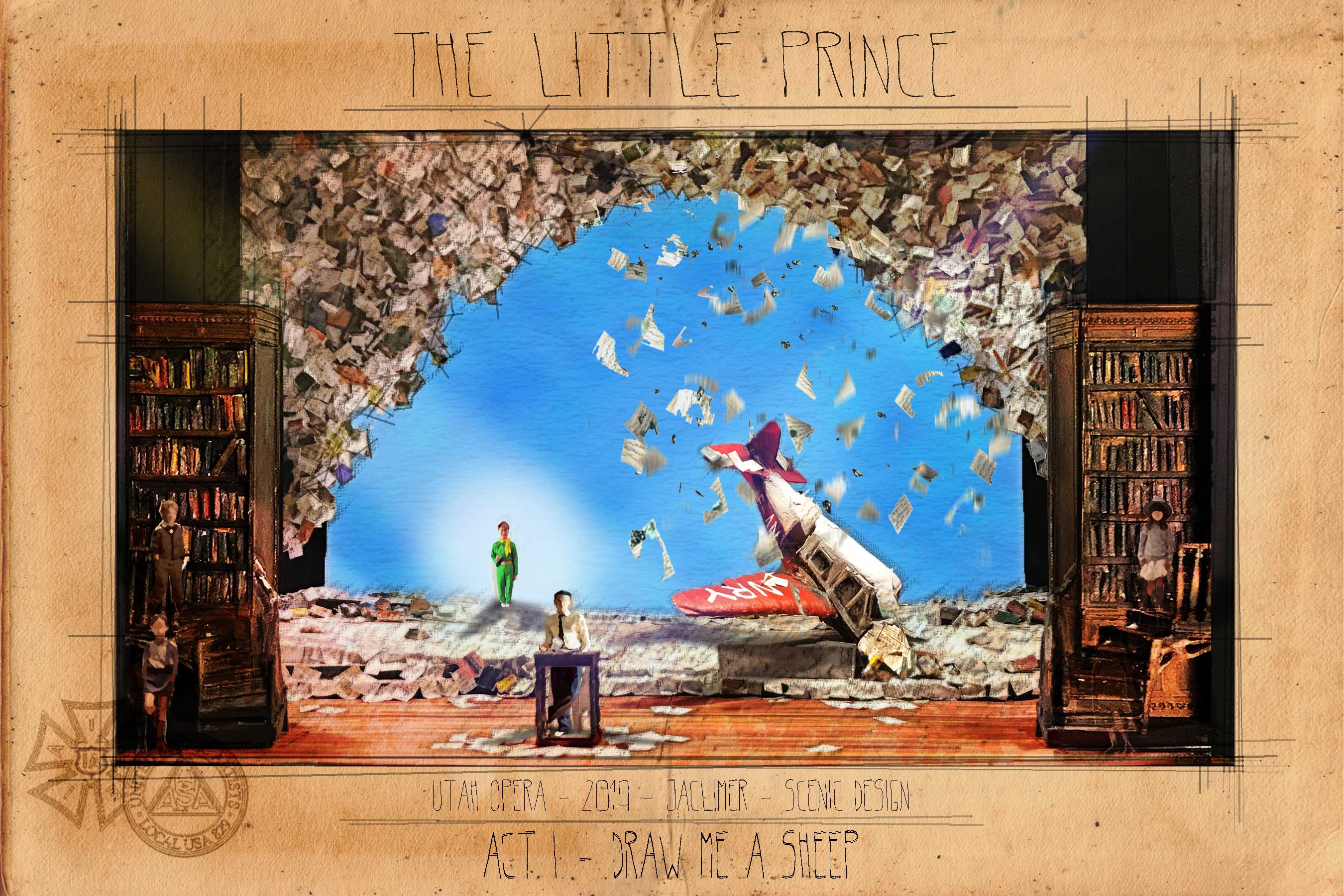 The journey of the Little Prince and how he came upon the pilot is exciting and spans several countries and planets. 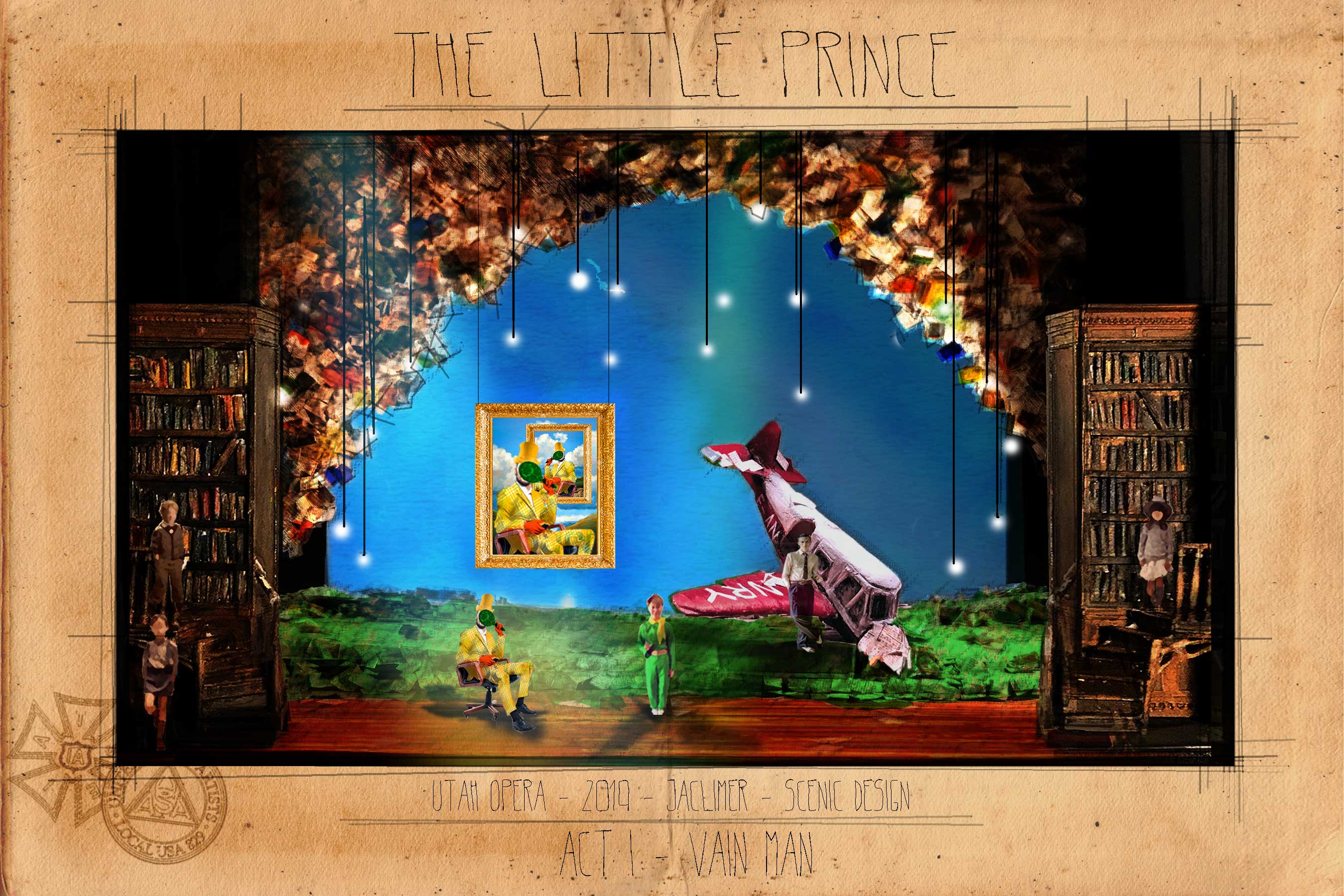 He tells the pilot about life on his home planet, his beloved rose, some rather unenlightened adults, and a very wise fox he met on his journey. Each set conveys a different mood and tells a different story. 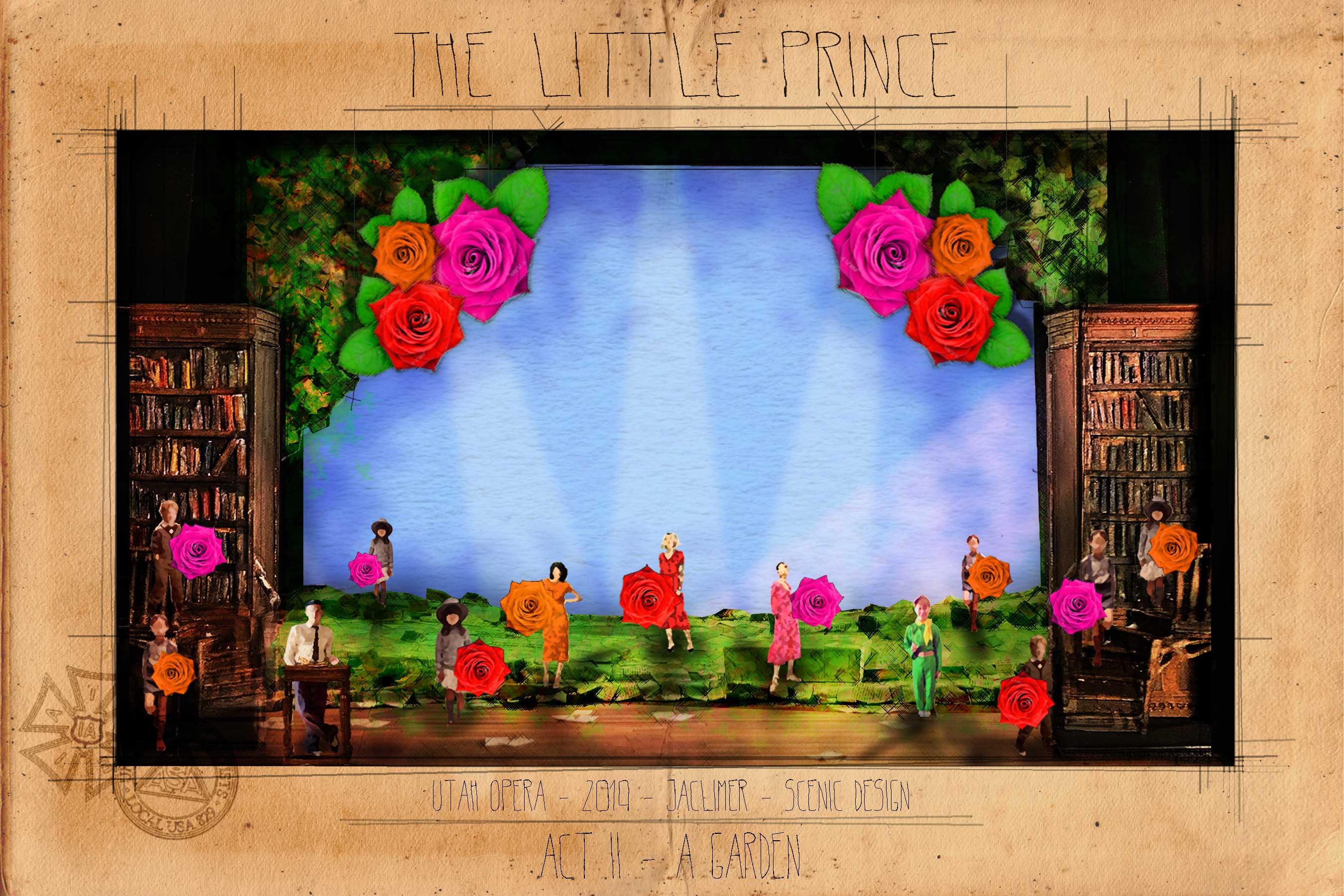 Each set will evoke a sense of adventure and nostalgia and you will fall in love with Rachel Portman and Nicholas Wright’s The Little Prince. 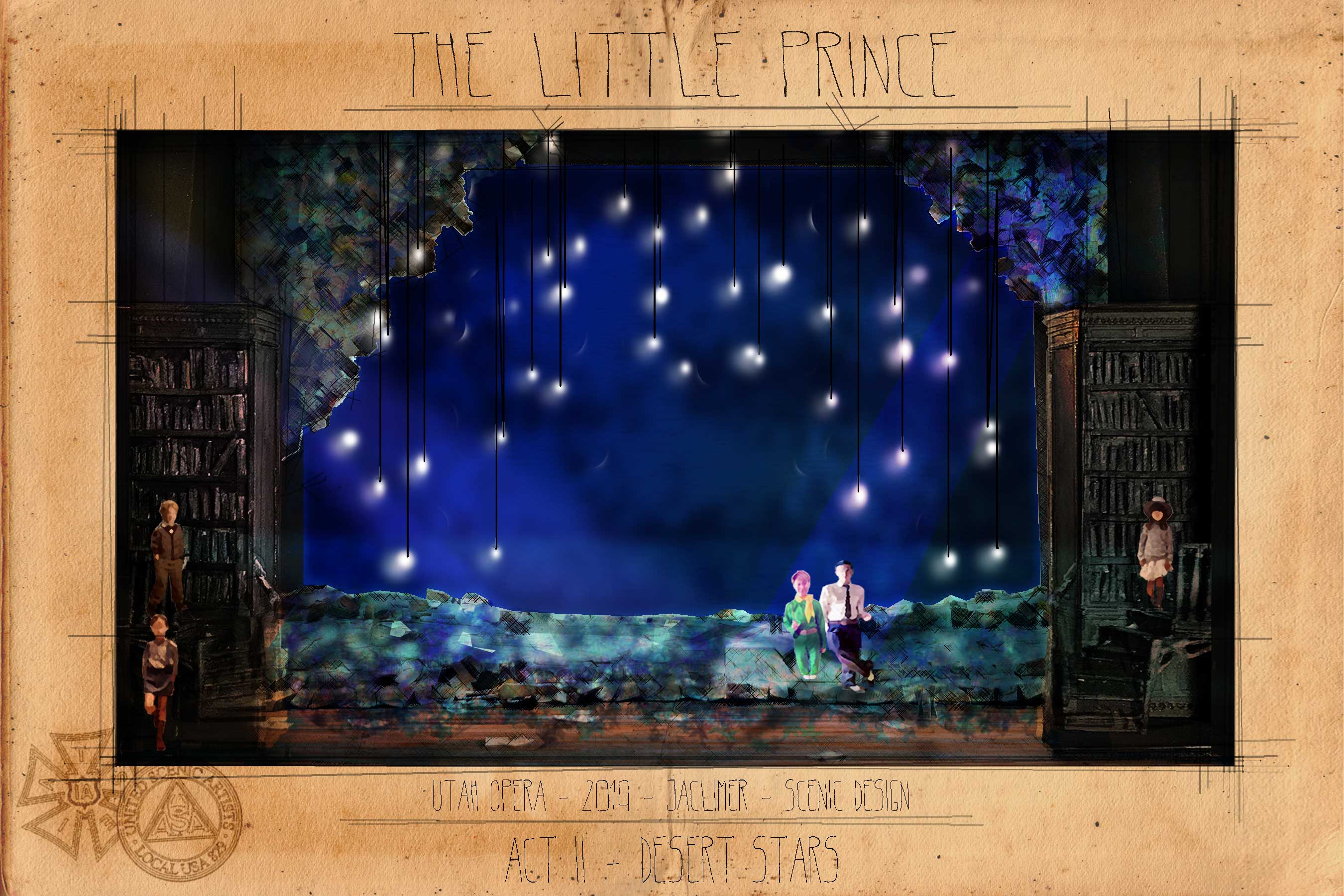