The Magic FluteCharacterization through Music: Sarastro, Papageno, Monostatos, and the Three Boys

The character of Sarastro is presented to the audience in absentia in the first two scenes of Act I. We only know about him through the reports of others, and they are not all that flattering. The “Schein” of Sarastro then, or his character as it’s painted superficially by others, sets up a clear distinction with his “Sein” when we finally meet him and hear his music. And indeed, Sarastro’s music shows him to be trustworthy. It is hymn-like, grounded, unaffected, and without artifice or decoration. Sarastro’s arias belong to the same sound world as Mozart’s motet “Ave verum corpus,” composed while he was working on The Magic Flute, and one of the most personal and guileless expressions of real faith in Mozart’s entire output. 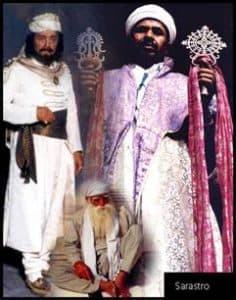 The final note of this aria is a low F, exactly four octaves lower than the highest note the Queen of the Night sings. It’s not the low note itself that gives Sarastro’s character gravity and soberness—Osmin in Mozart’s Abduction from the Seraglio sings the D a minor third lower than Sarastro in his comic aria “Ha!, wie will ich triumphieren,” and nobody is supposed to think Osmin is trustworthy. But in the context of The Magic Flute and in comparison with the Queen of the Night, Sarastro’s music is intended to strike the audience as profound in every sense. 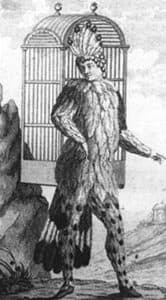 Papageno, on the other hand, is neither inherently good nor evil. He is an “everyman” who neither descends to the depths of depravity like Monostatos, nor does he ascend to the highest realm of virtue attained by Tamino and Pamina. As an “everyman” character, Papageno is given the kind of simple folk-like melodies that were also much better suited to Schikaneder’s relatively untrained voice.

Papageno’s melodies, like his character, are endearing without being elevated. All he wants to be happy is a good meal and a good woman, and the simplicity of his needs is reflected in the folkish quality of his music. 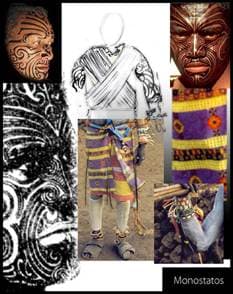 The repulsive Monostatos is given a patter song typical of an opera buffa comic character. As a tenor, he represents the “anti-Tamino” in the same way that Papageno is the obverse of Sarastro. He only gets one short aria—more of an arietta—befitting his secondary importance and influence on the story.

The Three Genii present a different kind of case entirely. They are invoked by The Queen of the Night to help Tamino in his quest, but it is very clear from the outset that they are not under her control the way the Three Ladies and even Papageno are. In Ingmar Bergman’s film of The Magic Flute, he covers the Queen of the Night with a curtain when the genii appear, to completely separate them from her. 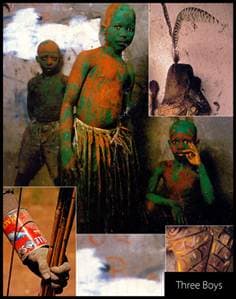 Like Sarastro’s music, the music of the Three Genii is hymn-like, homorhythmic, harmonically stable, and serene. So while they appear to be summoned by the Queen to suit her purposes, musically they anticipate the solemnity of Sarastro. At Sarastro’s appearance, the audience can immediately make the connection between the similar musical styles, and understand on whose side the Three Genii really belong.

So why would the Queen of the Night give Tamino the Three Genii when they will eventually lead Tamino to the truth and the Queen’s eventual downfall? It may be because she believes, in her ignorance, that her cause is right, or that she is not so much evil as merely unenlightened. Whether the Queen is malevolent in her use of deception to further her personal agenda or simply ignorant of the higher virtues is a plot detail that isn’t answered by Mozart’s music. 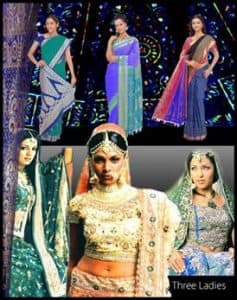 The Three Genii are also counterparts to the Three Ladies—singing in the same range, and employing a trinity of voices to lend greater spiritual weight to their utterances. But while the Three Ladies first introduce themselves to Tamino in block chords, they (like the Queen of the Night) aren’t able to sustain the ruse very long, and their music quickly divides up into petty squabbles with individual melodies, imitative entries, and fragmentation of themes. The moralizing was for show, part of the deception they foist onto Tamino. Their subsequent musical styles shift rapidly over the course of the opening ensemble, indicating their capriciousness and lack of unity.

What’s now obvious but more difficult to explain away is why in Mozart’s setting of The Magic Flute there are no significant mezzo-soprano roles. Though one possible answer is that perhaps there simply wasn’t a good mezzo in Schikaneder’s troupe.