A Woman of Blood and Fire

When soprano Marjorie Owens took time out to chat with us about the monumental challenge that is Norma, it was her first encounter with a famous description of the opera’s formidable heroine.  “A woman of blood and fire, I like that! I never heard it before.” Which is understandable, because Miss Owens is too young to have memories of her predecessors Maria Callas and Joan Sutherland. The epithet gained currency in the 1950s, when Callas spurred new interest in Norma, and it remained a catchphrase in the 1960s and 70s, when sopranos including Sutherland and Montserrat Caballé essayed the role. But of all Norma’s interpreters dating back to Giuditta Pasta, probably none but the temperamental Callas could so aptly be called a woman of blood and fire in real life. 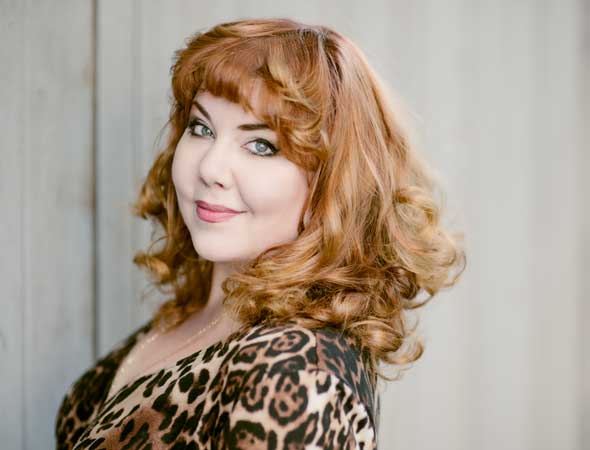 The Druid priestess is an Everest of a role for soprano, one of two or three that are the most difficult among hundreds of operas in the standard repertory. Another is Wagner’s Brünnhilde, who sings her way through three very long operas. Close behind is the title role in Puccini’s Turandot, which is also in Miss Owens’s portfolio. That one excites fans because the soprano sings loud, high and non-stop—but only for two acts out of three. “They like me to scream a lot,” she jokes. “Bel canto is a lighter Fach [vocal category] than I’m used to. But I find that it’s refreshing to sing, like Mozart, as long as you sing with healthy technique.”

The size of Owens’ voice and the fullness of its gleaming sound place her in the “dramatic soprano” category; Aida is another of her roles. A lighter, more “lyric” sound is needed for some operas—for example, Puccini’s La bohème, or anything French. The birdlike flexibility required for bel canto heroines, in the “coloratura” category, is often lighter still. “My involvement in the bel canto repertory is not crazy extensive,” she says, “but this is healthy singing for me. Normally what’s wanted for Norma is a heavier sound, a dramatic coloratura, so I’m not out of place.” In other contexts, she can be called a “spinto” soprano—that is, with power in the voice.

Maria Callas, whose voice also encompassed dramatic coloratura, chose to portray commanding women characters rather than demure, retiring females. In our era, Marjorie Owens sees the same strengths in Norma that attracted Callas to the role. “One thing I love about this character is that she’s the one in charge of her own life,” says Owens. “She’s not a victim of circumstance. No one has made her choices for her. She is like a calmer Medea, a Medea who thinks. At first she is emotional and acts out, but in the end she has the maturity to see what she has done and to accept the consequences.” Those consequences include choosing to die—by fire. “It’s pretty intense,” says Owens. “But, well, that’s opera.”