Silent Night is in some ways a rather unusual opera in that it is based primarily on a screenplay rather than another literary or theatrical source, although in hindsight we might consider it unusual that there haven’t been more operatic treatments of movies over the years. After all, the screen and stage have had an intertwined and reciprocal relationship ever since the advent of motion picture technology. Early films were often screened as part of vaudeville shows and revues, in which they would share the evening with plays, magicians, acrobats, and musical acts. Over the 20th century, Hollywood and Broadway often seemed to work in parallel, particularly during the “Golden Years” of the 1930s and 40s. In the years following the development of synchronized sound and color film, Hollywood produced dozens of lavish film musicals as a way to exploit this new technology. Up to the present, successful musicals have almost inevitably been adapted for the screen, and a number of films have been turned into musicals. Indeed, from a business perspective this relationship makes perfect sense, since all it does is extend the life and reach of a particular media product. This strategy is not limited to film or cartoon musicals, but includes regular films like Monty Python and the Holy Grail or the Harry Potter series.  Yet opera has generally not gotten in on this action.

There are a couple of factors that contributed to this situation, mostly dealing with the relationship between classical music and popular culture over the 20th century. Put bluntly, they often seemed determined to occupy different spheres. For much of the century, neither movies nor musicals were considered to be serious artworks by lovers of classical music and opera. From the other side, classical music could be seen as snobbish and elitist, focused on either hoary standards written by a bunch of long-dead European men or impenetrable modernist experimentations.

It hadn’t always been this way. In the 19th century especially, opera and classical music were as much a part of everyday American culture as television is today. As an example, one of the first large musical sensations across American popular culture was the tour by the Swedish operatic soprano Jenny Lind in the early 1850s. Her success owed much to the aggressive marketing by her promoter P.T. Barnum, but her popularity extended to all segments of society. In looking to the past popularity of operatic concerts and classical music it is often tempting to resort to arguments about the “degradation of taste,” but in fact several forces worked to create the split between the “high” culture of classical music and “low” popular culture. On the one hand, classical music was in some cases effectively taken away from the lower classes and reserved for the social elites. In particular, one might look to the founder of the Boston Symphony Orchestra, Henry Lee Higginson, whose admirable intent of providing a top-shelf orchestra with low ticket prices was undercut somewhat by his insistence on programming mostly monumental symphonic works rather than the lighter Strauss waltzes and Sousa marches preferred by many listeners.

By the advent of the 20th century, the central works in the orchestral and operatic repertoires almost all dated from the 1750s through to the 1900s. New music had an increasingly hard time breaking the dominance of older composers in concert programming, a dilemma that manifested both in the USA and in Europe. The development of an artistic repertoire focused less on premiering new works and instead on revering past classics had other effects as well. On the one hand, it did give classical music audiences a predictable set of music that they came to expect to hear (because they already knew they liked it), but it also engendered an environment in which the concert effectively became less of a social event and more like “music church.” This development also engendered strict protocols around dress and behavior, insisting on solemn silence and restricting applause to specific moments (which my students sometimes find rather baffling).  Finally, the growth of Tin Pan Alley, along with developments in recording technology and radio, cultivated various styles of vernacular music such as ragtime, jazz, early country music, and blues, all of which became the bedrock of America’s homegrown musical cultures. 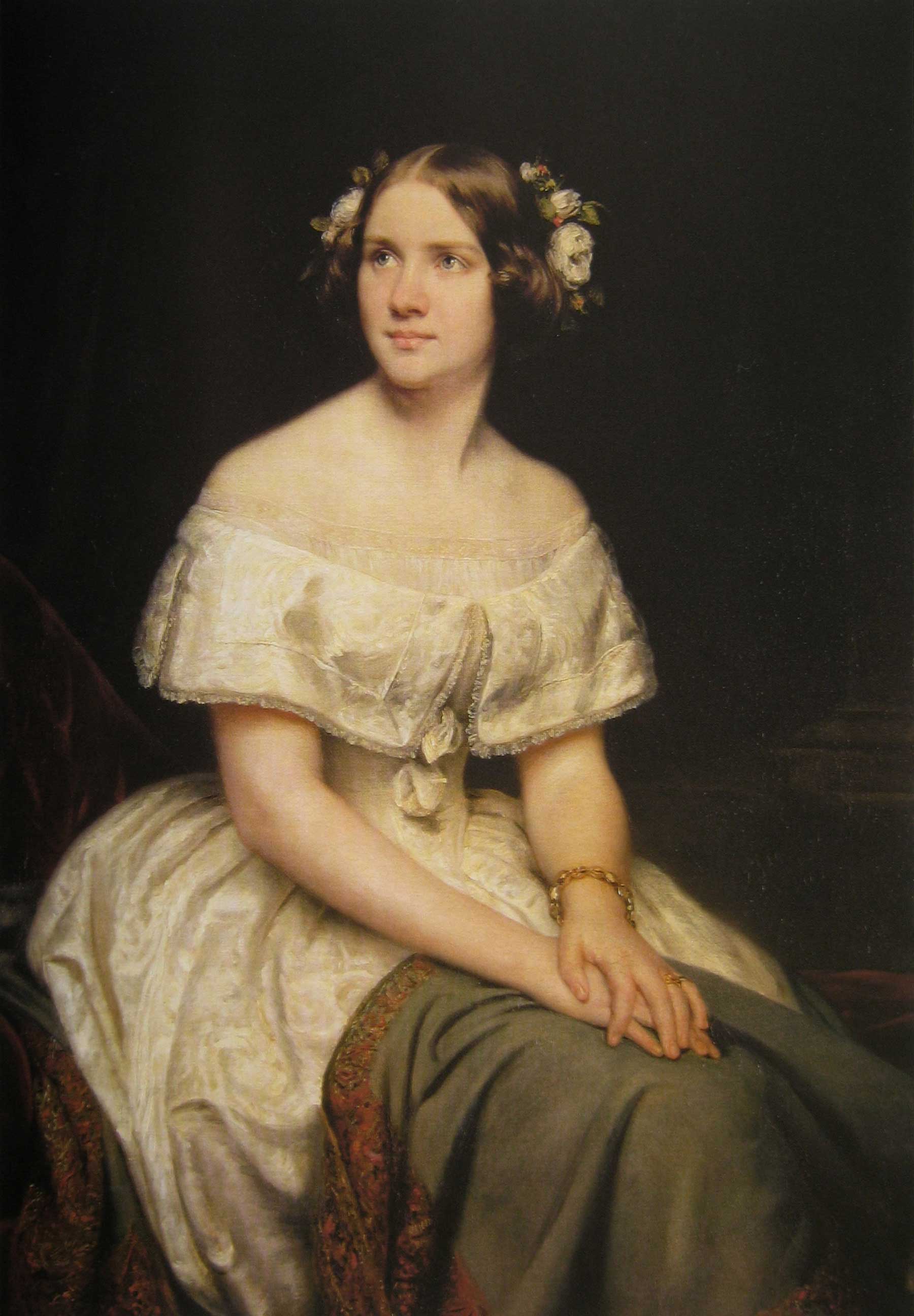 Perhaps the best (or at least my favorite) illustration of this split between classical music and popular music in the 20th century is the 1949 Bugs Bunny cartoon Long-Haired Hare, the title of which is a pun on the term “longhairs,” an old term for classical music lovers and other aesthetes. The central conflict involves an opera singer, Giovanni Jones, who is attempting to rehearse Rossini’s “Largo al Factotum” and is repeatedly interrupted by Bugs Bunny’s renditions of several popular tunes: “A Rainy Night in Rio” on banjo, “My Gal is a High-Born Lady” on a harp, and “When Yuba Plays the Rhumba on the Tuba” on, what else, a tuba. After Giovanni Jones repeatedly destroys Bugs’ instruments, to which Bugs shrugs, “Hm, music hater!”, and then ultimately ties Bugs’ ears to a tree, Bugs determines that “Of course, you know this means war!” He then proceeds to repeatedly humiliate Jones at his recital, ultimately impersonating the conductor Leopold Stokowski and directing Jones to sing a high note until the bandshell collapses on him. The cartoon ends with Bugs taking out a banjo and playing the famous vaudeville riff “Good Night Friends,” as if to signify the victory of vernacular music over classical music.

But the situation is perhaps more complicated than simply casting opera as the butt of the joke. Indeed, the fact that the joke exists in the first place is good evidence that we should be careful not to exaggerate the split between classical music and popular culture in the 20th century. After all, if you’re going to make an extended joke involving Leopold Stokowski, it demonstrates how well-known Stokowski was to the average American at the time. Other cartoons of the period also featured classical music, notably The Rabbit of Seville (1950), What’s Opera Doc? (1957), The Cat Concerto (1947), and Rhapsody Rabbit (1947), with the latter two both centering on recitals of Franz Liszt’s “Hungarian Rhapsody No. 2.” Even if the audiences for popular entertainment might have considered classical music to be for snobs while devotees of art music might scorn popular entertainment, classical music, and opera especially, retained currency with a wide audience of all ages.

Given this situation, it is perhaps then not that surprising that opera composers were somewhat reluctant to look to film as potential source material. Indeed, it has only been since the 1960s that film has really been the subject of serious artistic consideration, and even then critics focused mostly on independent filmmakers like Alfred Hitchcock and Jean-Luc Godard.  Opera composers in the 20th and 21st centuries have also had to contend with the fact that the opera repertoire has for generations been resolutely focused on a standard repertoire of mostly 19th-century classics that get performed repeatedly. Opera is an expensive endeavor, after all, and new works are riskier than proven standards. Although late 20th-century operas have shown a trend towards dramatizing contemporary historical events, as in John Adams’ The Death of Klinghoffer, Nixon in China, and Doctor Atomic, the worlds of film and opera don’t cross paths very often, although it is perhaps worth noting that Sister Helen Prejean’s 1993 book Dead Man Walking has been adapted both as a film and an opera. But in the age of cinema, relatively few new operas have been produced in the first place, no matter their subject or source material.

It is perhaps with some irony, then, that we might consider that actual film music has been heavily influenced by operatic music since the very beginning. Even before the advent of synchronized sound, live accompanists usually drew from printed compliations of pieces from the classical repertoire, choosing music to fit the mood of particular scenes. The important (and deeply racist) 1915 film The Birth of a Nation featured a score for a live orchestra by Joseph Carl Briel that combined classical music, traditional and popular tunes, and original compositions that included a number of Wagnerian-style leitmotifs for particular characters. Following the introduction of synchronized sound, film composers in the 1930s, most notably Erich Wolfgang Korngold and Max Steiner, cultivated an aesthetic with its roots in late-Romantic era orchestral music that also made extensive use of Wagnerian leitmotifs. Korngold in particular had extensive experience as an operatic composer and conductor, and his scores for swashbuckling films like Captain Blood (1935) and The Adventures of Robin Hood (1938) are full of lush harmonies and intense climaxes reminiscent of Richard Strauss or Puccini. Indeed, he evidently approached film scoring as essentially an operatic compositional endeavor, even though the characters weren’t going to be singing. The use of leitmotifs for different characters, or in some cases a single theme that varies over the course of the film, provides a sense of unity while supporting the dramatic developments over the course of the movie. This “late-Romantic” aesthetic became the standard for Hollywood film, and remains the dominant approach for composers of big-budget films like John Williams and Howard Shore.  As a result, in the 21st century many listeners remain conversant with the musical language of Wagner, Tchaikovsky, Strauss, and Brahms via their influence on classic film music.

Once we get into Silent Night we’re going to see that Kevin Puts takes a very cinematic approach towards his music and the production as a whole. Indeed, there is little deviation from the plot of Joyeux Noël.  Puts includes a number of fast transitions and musical “fades” between scenes, and the opera repeatedly demands a mixture of onstage “musicalizing” within the narrative world of the opera and the standard orchestral accompaniment. As we’ll see, in many ways it becomes productive to think of these shifts in the language of film music, as it is standard for movies to switch back and forth between music that happens onscreen and the invisible underscore that heightens the narrative.