Opera singers and opera lovers will recognize this conversation:

Your friend – “I love opera too!  Phantom of the Opera is my fave!”

You – (Slapping your forehead) 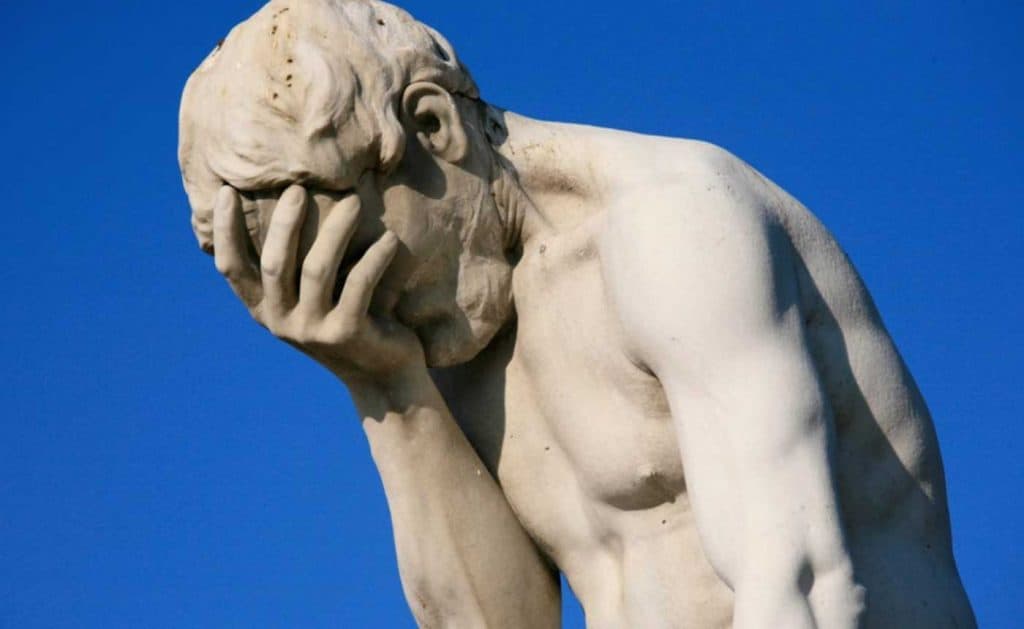 To the great disappointment of many, Andrew Lloyd Webber’s The Phantom of the Opera is a musical, not an opera.  So why do we keep on having this conversation that makes us slap our foreheads so hard?  The easy answer is “because Phantom  fans just don’t know what they’re talking about.” (That’s what my snobbier friends say.)  But that’s a serious over-simplification (and un-necessarily disrespectful).  The real answer has much more to do with the complexity of categorizing musical and dramatic forms. As we’ll see, there are no hard and fast rules about the qualifications for operas and musicals, but let’s take a look at what “public opinion” generally holds for them side by side:

Phantom meets a lot of the criteria of a musical: popular vocal styles, popular music instrumentation (synthesizers and trap-set) and spoken dialogue. But it also has some classical vocal styles, and it doesn’t have extended dance sequences, or the lead couple/comic couple structure.  So with 3 opera boxes checked off and 3 musical boxes checked off, it might seem kind of opera-ish to some. But to others, it is clearly not.

Is Phantom an anomaly? The only piece with kind-of-confusing categorization?  Not hardly. Let’s look at Mozart’s Die Zauberflöte (The Magic Flute). 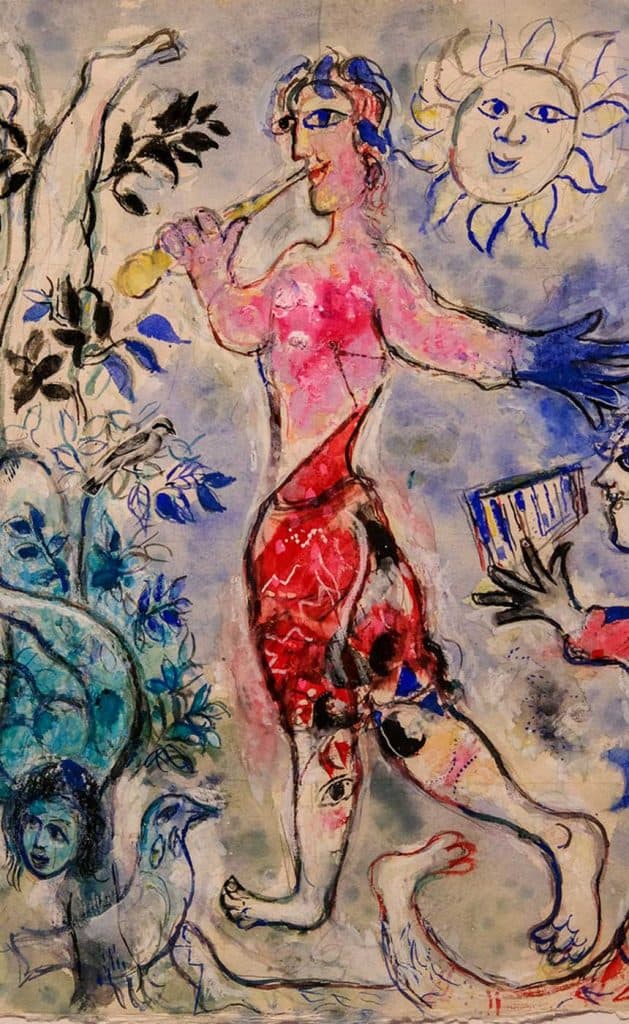 Magic Flute must be a musical!  Yet you won’t find a single musical theatre group producing this piece – it is the exclusive domain of the opera world. Utah Opera will produce it in 2019 (and did in 2013, 2006 and 1987), as will opera companies all over the world, including The Met. So what makes this opera-audience-favorite an opera?  Well, technically it’s not.  It’s a Singspiel (a German word that translates roughly to “Sung Play”). A Singspiel might look an awful lot like a musical on paper, but to modern listeners, it doesn’t sound much like a musical.  Take out the dialogues, and it sounds pretty much like an opera.  The predominantly classical vocal style, the classical orchestrations, and the lack of modern pop forms dwarf the musical theatre elements to place this work as one of the quintessential operas, despite its shaky pedigree.

How about a few more? Mozart’s Die Entführung aus dem Serail (The Abduction from the Seraglio) is another of his Singspiels that has entered the operatic canon. (Utah Opera produced it in 2014 and The Met last saw it in 2016.)  Audience favorite Carmen contains enough dialogue and popular musical forms that it wasn’t considered a full-fledged opera when it débuted.  It had the “lesser” title opéra-comique.  But no one debates Carmen’s operatic standing now. (Utah Opera last put it up in 2016 and The Met will do it again this season.)

That brings us to the “opera” at hand – Die Fledermaus. 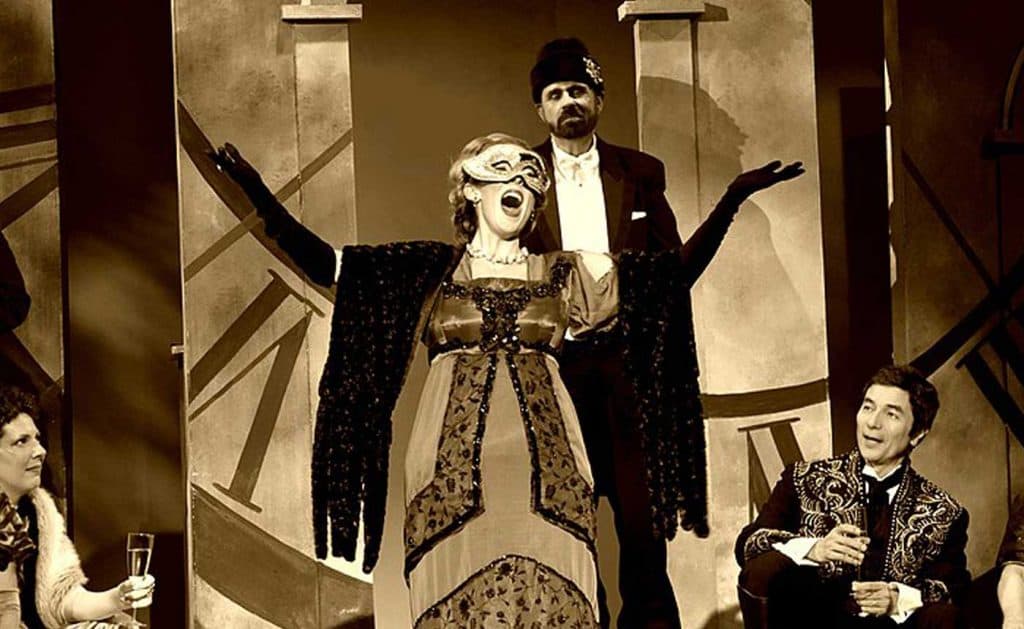 Does it meet the mark for opera or musical theatre?  Let’s see:

This is not looking good for an opera-classification for Fledermaus. Yet Utah Opera did it in 1983, 1989 and 2003, and The Met’s last go-around with it was in 2016.  Fledermaus is neither musical nor opera.  It’s an operetta, yet another term for things that don’t fit the opera mold but that people want to see and hear on the operatic stage from time to time.  It looks a heck of a lot like a Singspiel or an opéra-comique, or even a modern musical, but the title is spelled and pronounced differently.

So, how exactly do we decide if a piece belongs on the musical theatre stage or the operatic stage?

One of musical theatre’s reigning royalty, Stephen Sondheim, said this on the subject,

Essentially, the difference, I think, is in the expectation of the audience. Obviously, there are differences in terms of performers and how they approach singing as an art form. But primarily an opera is something done in an opera house in front of an opera audience. And a … musical … is something done in either a Broadway or Off-Broadway theater, in front of that kind of audience. (Here’s a link to the whole interview with Ned Rorem.)

Utah Opera did Man of La Mancha (which meets all the traditions of a musical) last season and followed it up immediately with the unquestionably operatic Lucia di Lammermoor and then The Long Walk, which included electric guitars in the orchestra. Can all these genres live side-by-side and even share the same space sometimes?  Of course they can!  We welcome into our canon of acceptable work whatever we like best. Whether you are a musical fan, an opera buff, or both – you’ll love Die Fledermaus.